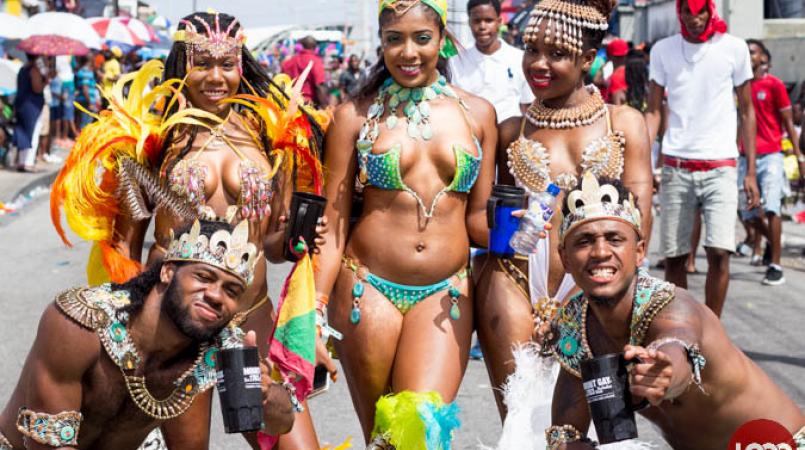 Expect some protest action on Kadooment Day if several issues facing bandleaders are not addressed urgently by the National Cultural Foundation, (NCF), and respective Ministries.

The word from the Barbados Association of Masqueraders, (BAM), is that they are at the end of their tether after years of promises and no action.

And they are promising some unusual and unexpected addition to the parade because this seems to be the only course to get the full attention of authorities and action from them.

President of BAM, Chetwin Stewart, said the Executive met recently and decided on a course of action which will not look good at all, and several bands, including some of the biggest and most influential such as Ooutraje Festival Band, Blue Box Cart, Baje International, Betty West, Gwyneth Squires, Power X Four - Next Generation and Wednesday 2000 to name a few, have committed to the agreed action.

He said BAM approached the NCF early this year with proposals and is yet to hear back formally from that body or the Minister of Culture.

He said there was progress in terms of a meeting with the BRA and a promise to continue dialogue, but, to all intents and purposes, bandleaders were still facing the same situation as in previous years, with the added pressure of a worsening economy.

Stewart said, "We are being asked to come better every year, especially by our bandmembers, and do so in circumstances where there is dwindling sponsorship, hardly a raise in subvention or prize money.

"And this comes against a background of promises and the unbelievable situation of the BTMI spending thousands of dollars in Trinidad with entities where it is hard to see the reasoning behind it.

We are a major part of this festival, which is bringing in more than $110 million in a short time and the Government cannot find it possible to do anything at all for us - not reduce the VAT as requested to the level of tourism players, not give us subvention increases and we are still to benefit from the Cultural Industries Act after three plus years, despite all the talk about how it would assist bands."

He added that there was no way any talk of bringing queens and kings will be entertained in the circumstances. The cost of a king or queen is more than $20 000 and no first prize even comes close to that input.

Government, he said, can find money for everything, $7 million for Independence Celebrations and now another $6 million for CARIFESTA, but it cannot find a mere few thousand dollars for the thing that is bringing millions into the country, particularly its core event, Kadooment.

Stewart noted that Kadooment day was dying and unless some urgent attention is paid to it, and some serious support forthcoming to bandleaders, the product will suffer and continue to peter out.

He said that despite climaxing the festival, and supporting huge economic activity, from purchasing inputs and making costumes to commerce along the route on Kadooment Day, Kadooment bands were the outcasts of the festival.

The BAM President asserted that just about every area of Crop Over has moved ahead of Kadooment bands in terms of support, whether sponsorship or prize money/packages, while they are dealing with rising taxes, costs of materials and other inputs such as transport and security.

In the face of all this, he added, most bands were still charging the same prices for years, an untenable situation.

PHOTOS: Kadooment Out Of Season Jam

PowerX4 Next Gen focused on locals