Governor: Yes to public sector cuts, no to wage increase 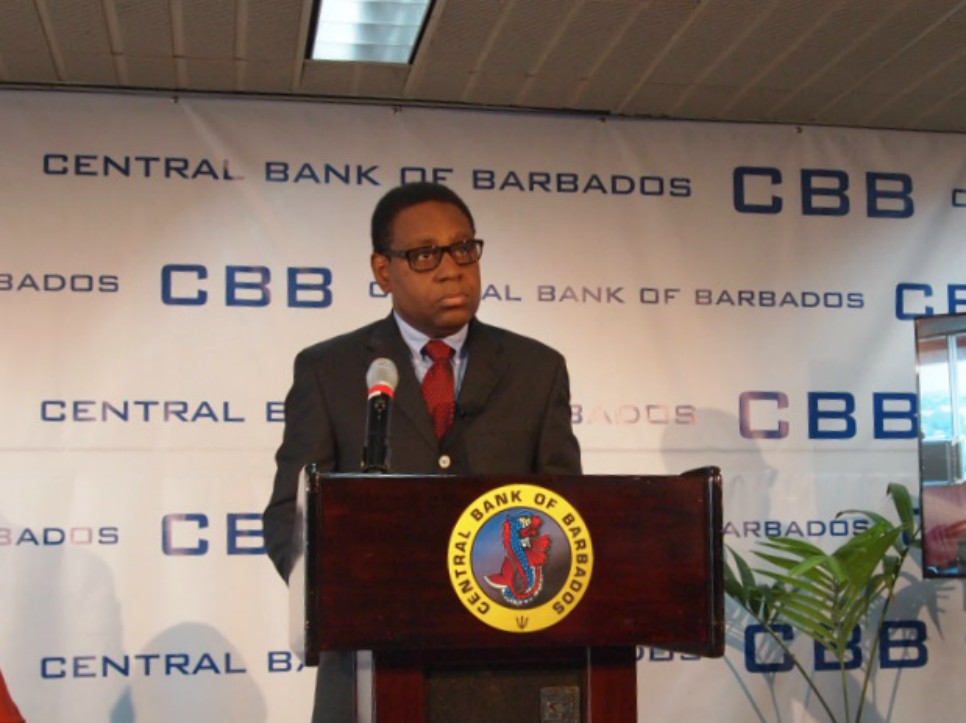 Although Acting Governor of the Central Bank of Barbados (CBB), Cleviston Haynes has not said how the public sector should be cut, he has made it clear Government needs to reduce its size in order to tackle the persistent fiscal deficit.

He made this disclosure during a press briefing on the third quarter economic review and while the Acting Governor stayed clear of the pressing issue of layoffs, he said Government needed to cut down on its expenditure urgently.

“Broadly speaking we have to cut overall to bring it closer in line with the revenue that we can generate. In the current fiscal year much of the focus has been on tax measures and I think that that is understandable as expenditure adjustment measures will take longer to be able to implement.”

Haynes said political decisions will have to dictate exactly how the cuts will be carried out.

“When I say cuts in expenditure it can come in different forms. Part of it may be increased fees, for example, it could be greater efficiency in how you manage the organisation but the bottom line is we have to reduce the size of the deficit. I think all players who have heard comment on it agree part of it has to be some reducing in the expenditure levels of government. Where the actual cuts will come that is something that will now have to be determined.”

Further to that, Haynes noted proposals put forward by local trade unions for a salary increase are not at all feasible and will only worsen government’s fiscal position.

“On a net basis we really cannot be looking to increase our expenditure. However it seems to me that when you talk about increasing wages, that given our overall fiscal situation, we need to be looking therefore at savings because when you increase your wages bill, you don’t increase the amount of resources available for financing.”

The Acting Governor noted over the years, Government has been poorly managing its fiscal situation which has led to the need for funding by the Central Bank. Although the CBB was able to contain its lending so far for the fiscal year to $46.1 million, Haynes said it was agreed that this is not a sustainable strategy going forward.