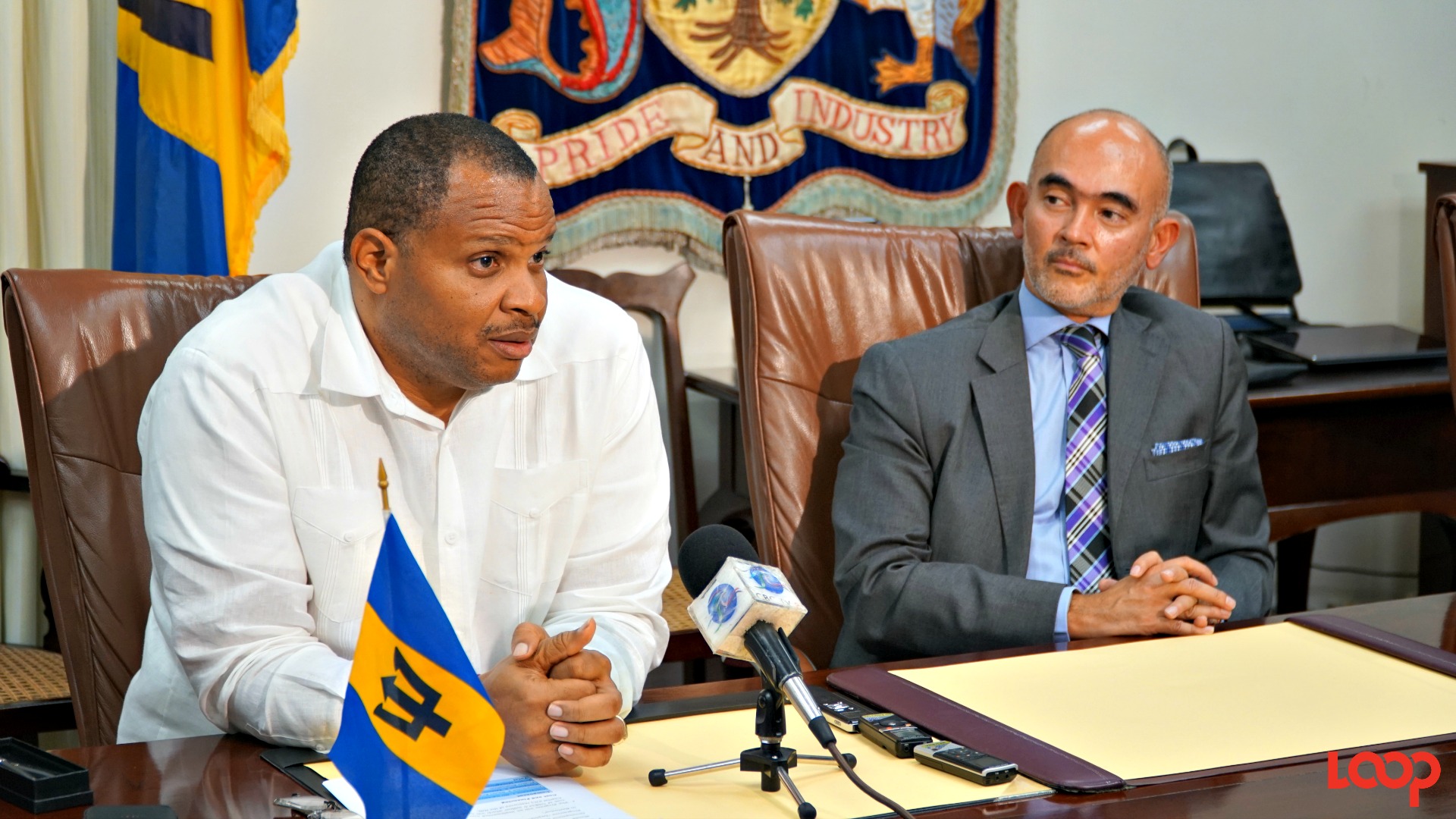 As it relates to reforming statutory boards, statutory corporations and making synergies where possible to enhance efficiency across sectors, the government is “moving ahead with pace.”

This assurance came from the Finance Minister Christopher Sinckler during the question and answer segment with media officials after the signing ceremony with the Inter-American Development Bank (IDB) at Government Headquarters in Bay Street, St. Michael yesterday evening.

Since the change of regulations for the National Petroleum Corporation (NPC) in parliament by the Prime Minister, and after the decision by Cabinet was taken some while ago that the two entities – NPC and the Barbados National Oil Company Limited (BNOCL) should do operations, "merge synergies so to speak", yesterday Sinckler asserted, "that work has been on-going”.

Calling yesterday's agreement for the 'Deployment of Cleaner Fuels and Renewable Energies in Barbados' a manifestation of their collaborative efforts, he said that the full merger will take time.

Giving no specific timeline for its completion, he said that people will “not wake up one day and hear that NPC and BNOCL are one company. It is a process, working through under the Energy Division, to get to the end of that road sooner rather than later, but do so assuredly and of course with the degree of sensitivity.”

Sinckler said that the merge should be facilitated without hiccups.

“Given the critical nature of both entities as it relates to the energy sector in Barbados, we want to ensure that whatever we do does not create both a distraction from their current work or a disruption in the quality of service, which is provided…

“That is what we are doing and we are doing it very carefully given the very sensitive nature of both entities in relation to Barbados’ economy and society. The energy sector is probably one of the most sensitive sectors but the roles which they both play in both spectrums or ends of that is very, very important, so we have to make sure that whatever we do it is done properly and that it does not either distract or disrupt that service which is provided that is so absolutely critical to the Barbadian society.”

He said, “they are not strangers to each other. They know each other reasonably well, what we are trying to do is to find ways that operationally, at all levels – financial, human resource, technical resources in terms of assets and so on.”

In regard to reforming statutory corporations in other sectors, he disclosed that “is currently a work in progress.

“I know the Ministry of Sports has begun intense work with its own entities – the Sports Council, the Gymnasium and the Kensington Oval Management Inc (KOMI)…

“In relation to housing, we continue to work on that to have the legal people look at various statutes relating to Urban and Rural (Development Commissions) which are two statutory corporations and the National Housing Corporation (NHC) which again is a statutory board. So we have to look and see how that can work out, and we are moving ahead with those ones that would give us value. There are others of course that efficiencies can be obtained by making some changes to them and we are doing so.

“We commissioned a study through the Ministry of Agriculture on the entities in the sugar industry, that would be Cane Industry Corporation, the [Barbados] Agricultural Credit Trust - BACT and the Barbados Agriculture Management Company – BAMC.” He said that work completed by a major accounting firm in Barbados and he added: “that report is with government and again they’re recommendations in there and to which we can build synergies between those three companies and sugar reformation programme.”

On the other hand, in terms of tourism with the economic entities, government took a slightly different direction where there was divestment as opposed to mergers.

“So the Gems Hotels, we call them Hotels and Resorts properties, one was leased out, operating under lease, and the two others have been sold and they are going to be replaced by private sector involvement, one much bigger. We announced that we are going to do Hilton as well going forward,” he explained.