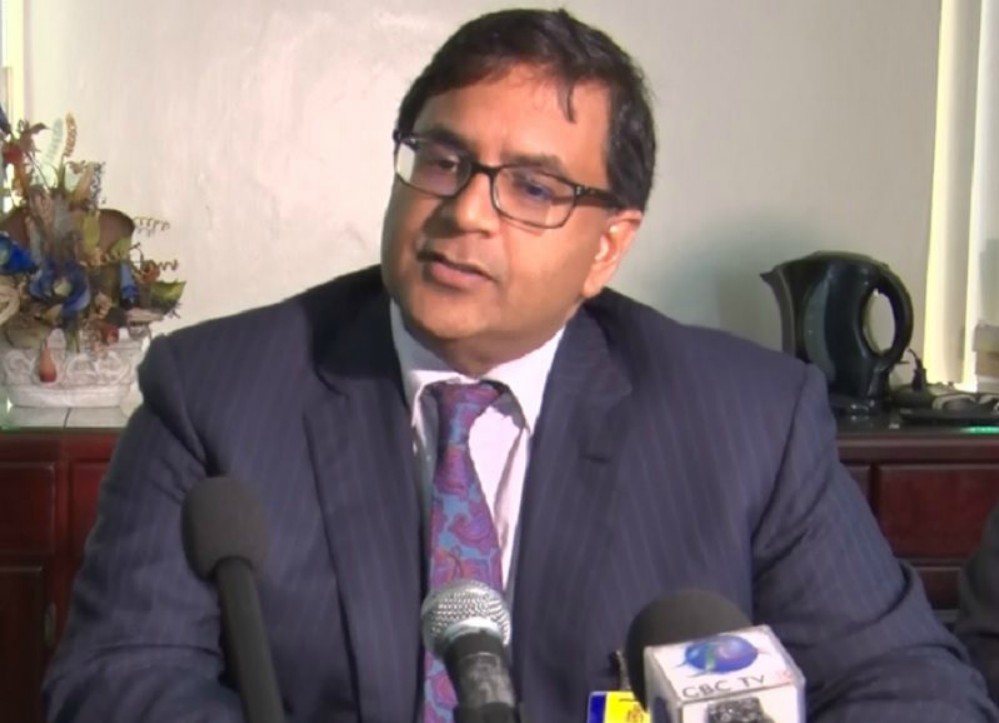 Special Envoy to the Prime Minister of Barbados on Investment and Financial Services, Avinash Persaud

Special Envoy to the Prime Minister of Barbados on Investment and Financial Services, Avinash Persaud has responded to claims published last week in the Financial Times (FT).

The article headlined 'Barbados creditors fume at ‘absurd’ $27m advisory fees for boutique firm' said negotiations with external creditors are ongoing and once completed, the Mia Mottley-led government would pay White Oak about $4m for restructuring approximately $910m of debt owed to foreign investors.   In addition, the firm is also receiving an $85,000 monthly retainer and it was likely to take at least another 12 months to finalise the deal.  The additional $2m in monthly fees brings the total payout from Barbados to roughly $27m.

And, in today’s edition of the US publication, Persaud responded noting that he was ”disturbed at the level of considered imbalance” in the May 10 report.

Drawing reference to their suggestion that White Oak Advisory was a little-known advisory firm, he said the FT neglected to point out that of the 14 sovereign restructurings in the world since 2005, it had advised on seven of them, while other agencies mentioned in the article Lazards and Citi did four and one respectively, making them an obvious choice for Barbados.

"The timing of your report is interesting. In uncommon transparency, Barbados published the terms of the contract and announced the level and ratio of the fees in parliament in March this year. The Financial Times chose to publish its story in the week that the International Monetary Fund (IMF) mission is in Barbados, seven weeks later," the Special Advisor stated, suggesting onlookers would see this timing as another attempt by external creditors to use public opinion to influence negotiations.

"We are not blinking. In your report, an external creditor suggests the fees are absurdly high because they are at the same level as those paid to Greece’s advisers where the debt was 40 times larger. We weigh costs with benefits,” the special envoy stated.

Persaud also pointed out that following the domestic part of the debt restructuring, Barbados’ debt has fallen from 175 per cent of the gross domestic product including arrears, the third highest in the world, to 125 per cent of GDP.  Now it was on track for less than 100 per cent, while Greece’s debt remains the second highest in the world.  He said the Greek restructuring programme imploded the economy, causing severe social deprivation and a banking crisis.

“White Oak was part of the team that ensured the Barbados economy and financial system was stable.  We increased welfare and pension payments and ringfenced public health and education in the most shared economic adjustment programme in history.   We have had value for money. We would hire White Oak again," he declared.