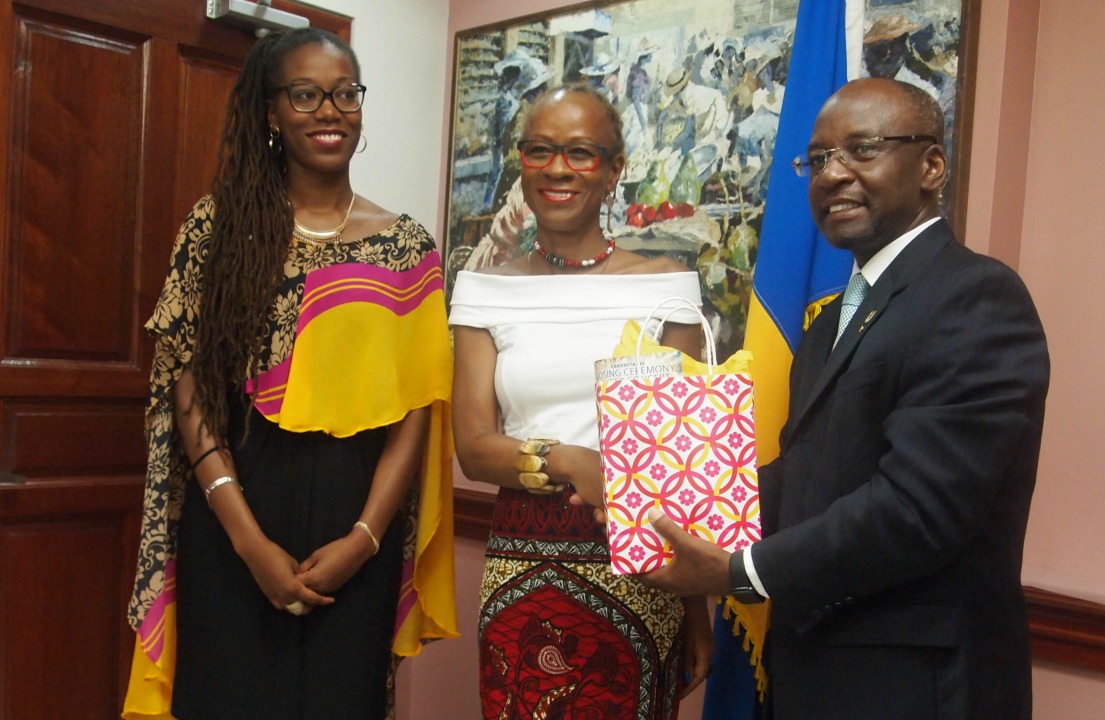 Director of Culture, Dominique Herbert (center) being presented with a token of appreciation from the Minister of Culture, Stephen Lashley as Regional Council of Guadeloupe, Audrey Galvani (left) looks on.

It was all smiles on Monday at the offices of the Ministry of Culture as delegates from Guadeloupe who participated in CARIFESTA XIII made a presentation of gifts to members of the Carifesta Secretariat.

Members of the Guadelope delegation met with Minister of Culture, Stephen Lashley, to give reviews of their Carifesta experience. Head of delegation and Director of Culture, Dominique Herbert, said the team was more than appreciative of the work the Carifesta Secretariat put in to stage the festival.

Herbert said the delegation insisted on making the donation to the Minister and members of the Secretariat, adding they will be seeking to strengthen ties between the countries. She also said it was great to have the opportunity to exchange and interact with the hospitality students of the Barbados Community College (BCC) during their stay.

Students got the opportunity to be schooled in techniques used in Guadeloupe pastry-making by the top Pastry Chef in the country, Naomi Martino. 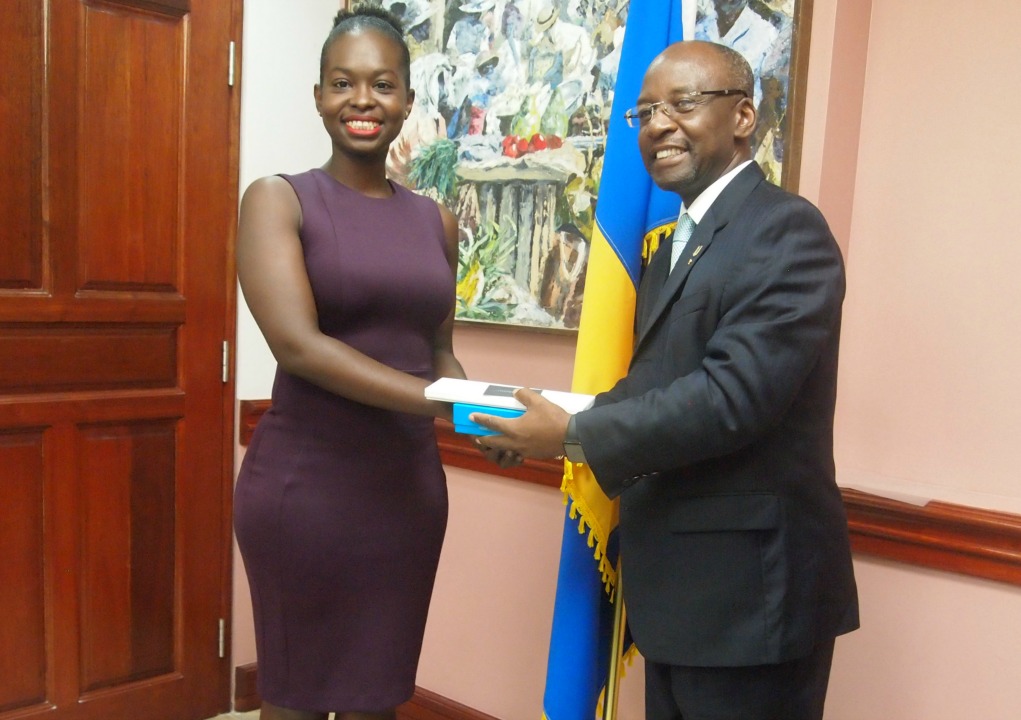 Martino is the only woman in the country who uses techniques to transform the cocoa pod to the finished chocolate product. She has been in the business of chocolate making for the last ten years and back in 2013 was recognised as one of the Top 50 chocolate masters in the world. She told the media she wants to show the rest of the Caribbean the quality of work being done here.

“The goal is to show that we can use our products in Guadeloupe and not import them from outside. We have many different creations of chocolate and we have been doing chocolate from very high quality and many of them have received distinctions.”