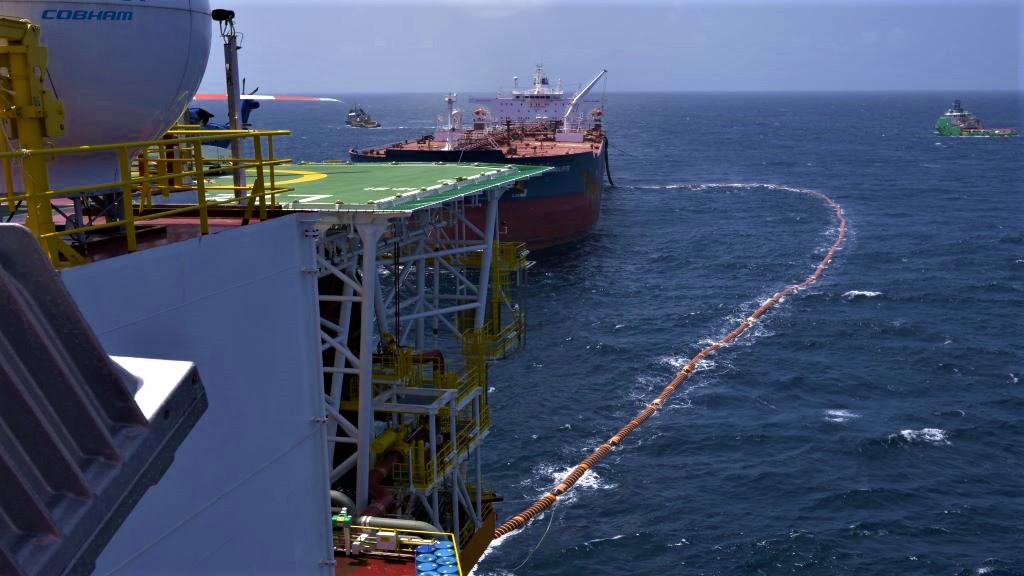 The fuel hose leads from the Liza Destiny to the Cap Philippe for the transfer of Guyana's first million barrels of crude. Photo: Ministry of the Presidency of Guyana.

The first one-million barrels of Guyanese crude oil was transferred to Shell, yesterday.

A statement from the Ministry of the Presidency said the crude was transferred from the Liza Destiny Floating Production Storage and Offloading (FPSO) vessel to the oil tanker Cap Philippe, which was chartered by Shell Western Supply and Trading Limited.

Dr Mark Bynoe, the Director of Guyana’s Energy Department and officials from the Guyana Revenue Authority and the Guyana National Bureau of Standards (GNBS) were present to witness and “ensure the integrity” of the historic event.

Guyana is expected to receive approximately five million barrels of oil in 2020, according to Bynoe.

Shell will purchase two other shipments of oil on a dated Brent Crude price basis.

The Department will be hiring a marketing firm, on a term basis, to assist with the sale of Guyana’s future crude allotment.