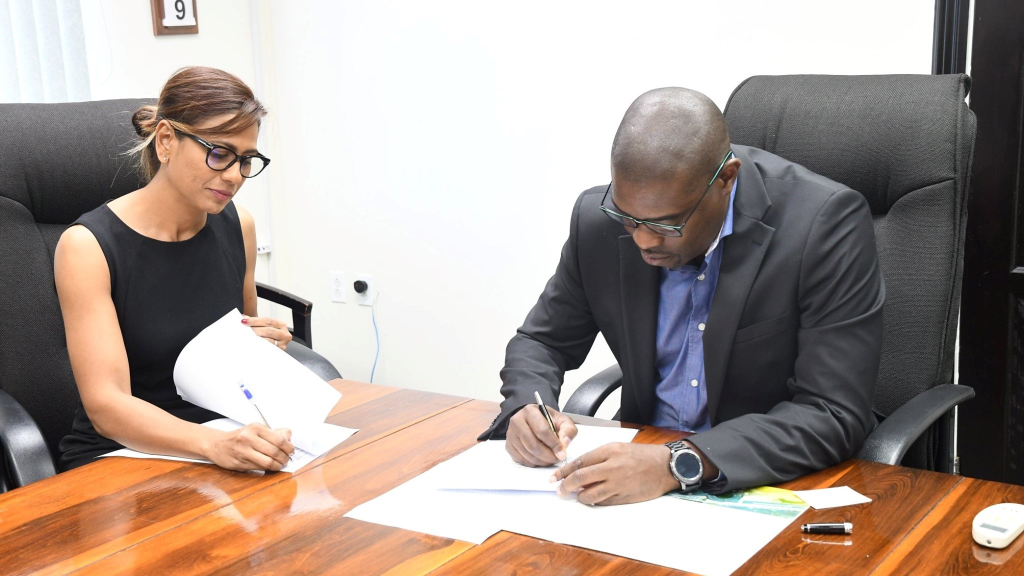 The Ministry of Public Infrastructure (MoPI) in Guyana signed a Memorandum of Understanding (MOU) with Paws for a Cause-Guyana (PFAC-G) to provide a space for the animal rights group to shelter stray animals.

MoPI said this move was taken in a bid to make Guyana’s roads safer.

"Over the years, animals are constantly run over or killed on our roadways - they are the cause for minor and or fatal accidents. The MoPI has partnered with PFAC-G to minimize or at most to eradicate the death of humans and animals on our roadways by providing a place to shelter stray dogs and cats.”

Minister of Public Infrastructure David Patterson signed the MOU on behalf of the Government and he noted: “The Ministry is pleased to participate in making a difference on our roadways, especially as it relates to the safety of lives of the citizens in Guyana.”

PFAC-G Director Rabin Chandarpal stated, “We are really excited about this and it couldn’t have come at a better time, we have seen many carnages over the past months, the cause of this is beyond just smooth roads, drinking and driving, there seems to be a really bad culture of driving on the road and we know that the animal issue is one that is seen as relatively small, but, we at PFAC-G really believe that there is a strong connection between humans and animals. People see animals being run over and we see it as the value of life for animals being reduced and hence, we are striving to make a difference.”

Chickens as big as elephants:Company sees good in animal gene-editing