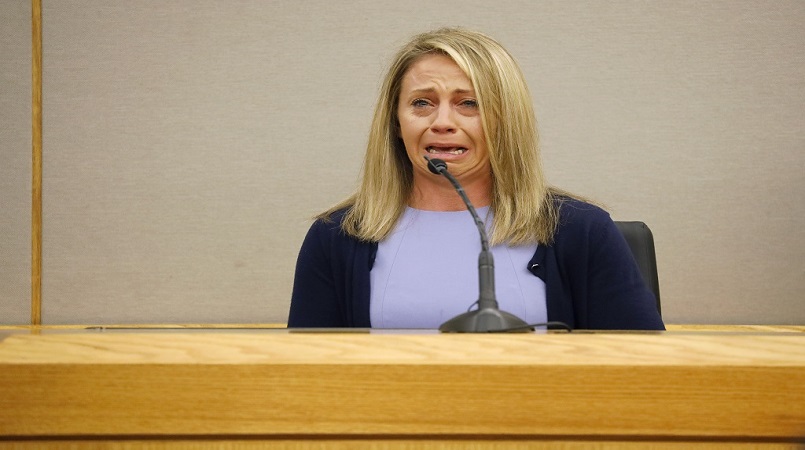 A Dallas police officer broke her silence Friday about the night she killed a young accountant who lived in the apartment right above her, telling jurors that she has to live with the guilt every day and that she wished their roles were reversed.

Amber Guyger, who is charged with murder, tearfully said she was sorry about killing 26-year-old Botham Jean last September, explaining that she mistook his fourth-floor apartment for her own right below it on the third floor of their building.

"I hate that I have to live with this every single day of my life and I ask God for forgiveness, and I hate myself every single day," Guyger, 31, told the packed courtroom.

She said she wished "he was the one with the gun" and had killed her. "I never wanted to take an innocent person's life. And I'm so sorry. This is not about hate. It's about being scared that night," she said.

Amber Guyer breaks down in tears while testifying in her defense at murder trial. "I wish he was the one that took the gun and killed me. I never wanted to take an innocent person's life. I am so sorry." https://t.co/4mGBdvE2Le pic.twitter.com/V8wcTMmnCC

Guyger, who had never spoken publicly about the shooting until she took the witness stand, testified that upon returning home in-uniform after a long shift that night, she put her key into what she thought was her door lock and the door opened because it hadn't been fully closed. Fearing it was a break-in, she drew her service weapon and stepped inside to find a silhouetted figure standing in the dark.

Related article :Guyger cries on the stand while testifying about killing Botham Jean

"I was scared he was going to kill me," she said under questioning by her lawyers, who called her as their first witness on the trial's fifth day. She said she intended to kill him when she pulled the trigger because that's what she had been trained to do as a police officer.

When prosecutors asked why she didn't back away and radio for help once she suspected a break-in, Guyger said that entering the apartment "was the only option that went through my head." 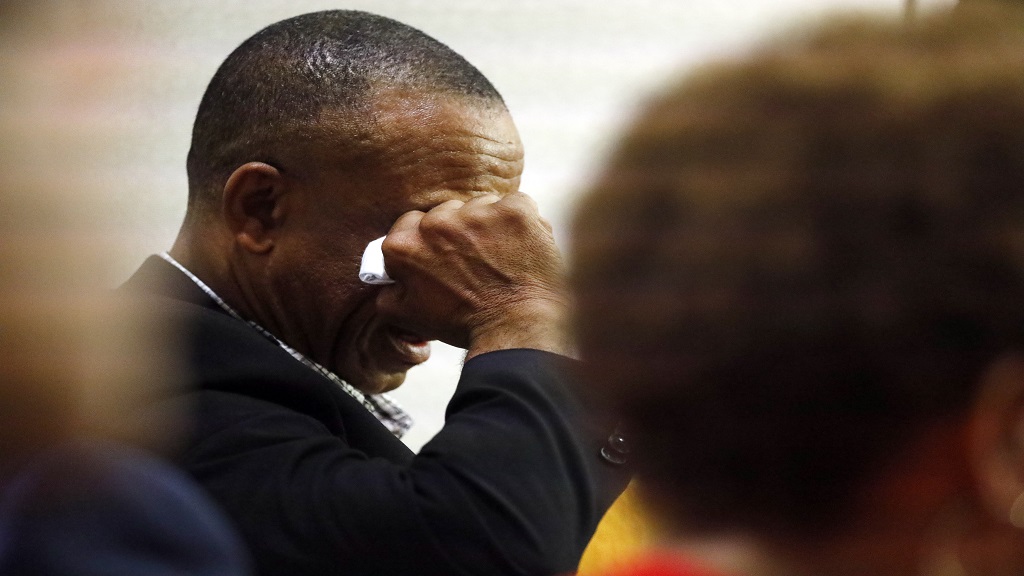 The shooting attracted widespread attention because of the strange circumstances and also because it was one in a string of shootings of unarmed black men by white police officers.

Guyger's testimony marked the first time the public has heard directly from her since she killed Jean, who grew up in the Caribbean island nation of St. Lucia before coming to the U.S. for college.

The basic facts of the shooting aren't in dispute.

Guyger says she fired in self-defence after mistaking Jean for a burglar and her lawyers say the identical physical appearance of the complex from floor to floor frequently led to tenants parking on the wrong floor or trying to enter the wrong apartments.

Prosecutors have questioned how Guyger could have missed numerous signs that she was in the wrong place and suggested she was distracted by sexually explicit phone messages with her police partner. Prosecutors also say Jean was no threat to Guyger, noting that he was in his living room eating a bowl of ice cream when she entered his apartment.

In a frantic 911 call played in court earlier this week and again Friday, Guyger said, "I thought it was my apartment" nearly 20 times.