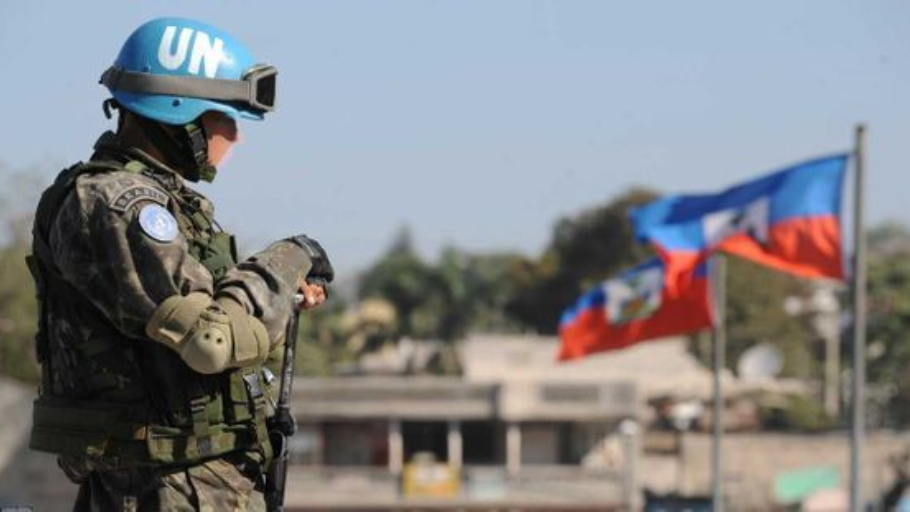 Haiti's president said Monday that he has asked the US government for humanitarian assistance as protesters demanding his resignation took to the streets in the seventh week of demonstrations that have shuttered many schools and businesses across the country.

President Jovenel Moïse also said during an interview with Radio Metropole that Haiti can turn the crisis into an opportunity as he renewed a call for dialogue with opposition leaders organizing the protests.

"We're in a very difficult moment," he said. He didn't specify what sort of aid he was seeking.

Shortly after he spoke, thousands of protesters once again marched through parts of Port-au-Prince, expressing anger over corruption, high inflation and a lack of basic goods, including fuel. Religious and business leaders also have asked that Moïse step down, and on Sunday, hundreds of police officers joined the protest.

More than 2 million children have not been able to attend school for nearly two months as a result of protests in which more than 20 people have been killed and more than 100 injured.

Gang violence also has increased in certain areas amid the unrest, with five men recently killed and dismembered in the Artibonite region north of the capital, according to Jean Castro Prévil, who oversees the region's police department.

The US Embassy announced it would only be providing emergency services on Monday as a result of the violence.

Amid perceived power vacuum, dozens vie to be Haiti's leader