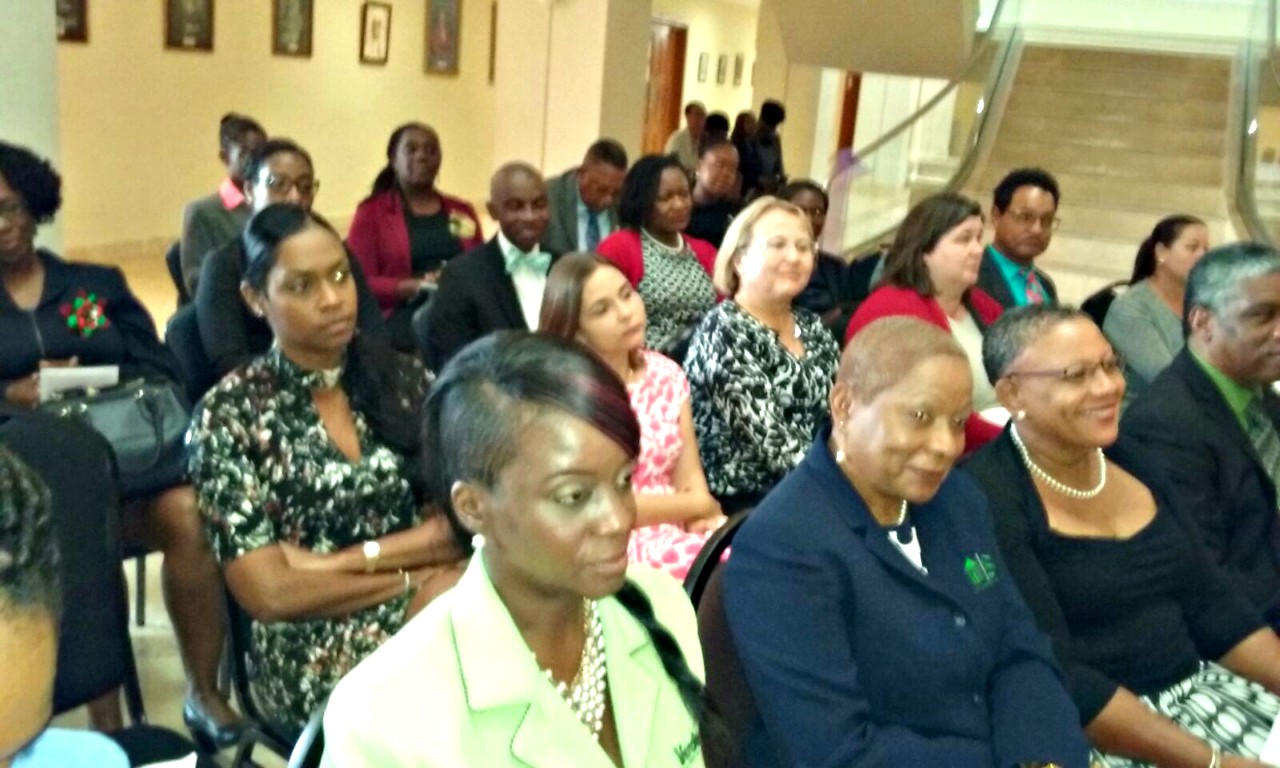 Members of the audience at the Barbados Drug Treatment Court second graduation.

With twelve graduates leaving the Barbados Drug Treatment Court there is a need for more people and organizations to come forward to help them reintegrate into society.

The call has come from Magistrate Graveney Bannister as he addressed the second graduation ceremony held by the Drug Treatment Court at the Supreme Court on White Park, St Michael this week.

He expressed disappointment with the response of the business community to the two-year-old programme, which he says has changed the lives of many men and women and has made them see how addiction can destroy lives. So much so, he highlighted that some have offered to be mentors in the next year’s programme.

Despite the challenges, he said he was extremely pleased that even though they started with 24 people that some twelve had stuck to the programme and continued the journey, and are now at another phase in their lives.

The magistrate admitted that the drug rehabilitation programme had not been a complete success with seven of the 24 young drug offenders who originally signed up for this year’s cohort, failing to attend.

He said they will soon be served with summons while five others who attended but were unable to complete the programme are to be re-assigned to next year’s programme.

Bannister encouraged the graduates to not give up and to never give in but to see this as a beginning and not the end.