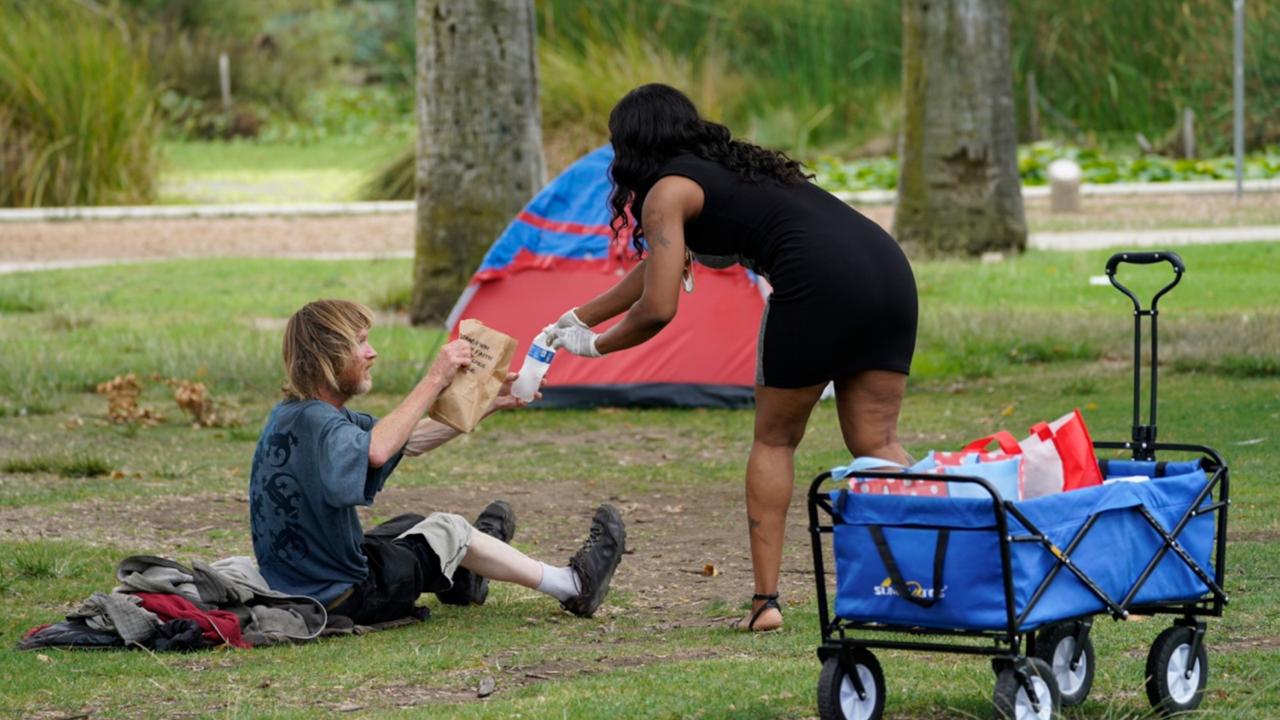 Millions in California were expected to lose power Monday night in rolling blackouts to ease pressure on the state's electric grid as a days-long heatwave engulfing the West Coast created an energy shortage.

The California Independent System Operator said it would likely order utility companies to shed their power load as demand for electricity to cool homes soars beyond the power available in the grid.

“I know that that’s going to be highly disruptive to people. I truly, truly wish there were other options that we had at hand," California ISO CEO and President Steve Berberich said.

However, the estimated number of affected homes and businesses dropped dramatically from 3.3 million to around a half-million because temperatures were slightly lower and people were conserving electricity, the grid operator said.

That still could represent millions of residents.

Berberich didn’t say where the outages might occur, a decision that is up to the state's utilities. As of 7 p.m., the grid operator had not ordered the utilities to power down.

The first rolling blackouts in nearly 20 years came Friday as unusually hot weather overwhelmed the electrical grid. The three biggest utilities — Pacific Gas & Electric, Southern California Edison and San Diego Gas & Electric — turned off power to more than 410,000 homes and businesses for about an hour at a time until the emergency declaration ended 3 1/2 hours later.

A second but shorter outage hit Saturday evening, affecting more than 200,000 customers. Californians packed beaches and river banks over the weekend to cool off from scorching triple-digit temperatures that raised the risk of more wildfires and fears of the coronavirus spreading.

An irate Gov. Gavin Newsom signed an emergency proclamation Sunday allowing some energy users and utilities to tap backup energy sources. He acknowledged Monday that the state failed to predict and plan for the energy shortages.

“I am not pleased with what’s happened," he said during a news briefing. "You shouldn’t be pleased with the moment that we’re in here in the state of California.”

The Democratic governor said residents battling a heatwave and a pandemic in which they're encouraged to stay home were left without the basic necessity of electricity. In Southern California, temperatures reached a record high of 110 in Lancaster and 111 in Palmdale.

“These blackouts, which occurred without prior warning or enough time for preparation, are unacceptable and unbefitting of the nation’s largest and most innovative state,” Newsom wrote in the letter. “This cannot stand. California residents and businesses deserve better from their government.”

During a grid operator board meeting Monday, Berberich said the weekend blackouts could have been avoided had regulators listened to its previous concerns about a power shortfall. In a call later with reporters, he softened his tone, saying he knows the Public Utilities Commission is working to find the right balance of energy sources.

“It’s substantial, no question about it," he said of the outage.
The Public Utilities Commission said it would work with the other agencies to figure out what happened. The demand for electricity in the last few days has been consistent with expectations, spokeswoman Terrie Prosper said.

“The question we’re tackling is why certain resources were not available," she said.

The last time a California governor faced power outages, he was successfully recalled. Gray Davis, a Democrat, was recalled in October 2003 and replaced by Arnold Schwarzenegger, a Republican.
Daniel Kammen, an energy professor at the University of California, Berkeley, said the state needs to do more to store and sell clean energy sources, and he hopes this week's blackouts will prompt officials to act.

“This is kind of a stress test on the system," he said. “We have not built up enough of a smart enough system to take advantage of all the renewables we have in place."

Customers are asked to reduce energy use through Wednesday night, especially during peak evening hours.

Bonnie Wikler, 66, worried about her husband, who is recovering from open-heart surgery. She said it was very stressful to lose power twice over the weekend at their home in Coalinga, a city in central California where temperatures reached 109 Fahrenheit (43 Celsius).
They thought about driving somewhere but were too afraid of coronavirus
exposure, so they stayed home and cooled off with ice water, she said.
“If there was a fire or an earthquake, I would understand, but to cut power without letting you know, it just seems outlandish to me," Wikler said.

Berberich acknowledged that his agency should have given more public notice, saying, “We own that and are sorry we didn’t do more.”

In Marin County, just north of San Francisco, officials opened a cooling centre that only 21 people visited over the weekend, spokeswoman Laine Hendricks said. It's equipped with a backup generator, and employees are screening for COVID-19 symptoms and ensuring people are wearing masks, she said.

“We’re still in a shelter-in-place environment,” Hendricks said. “Even though it’s hot outside, COVID hasn’t gone away.”

2 dead after shooting at business center in California