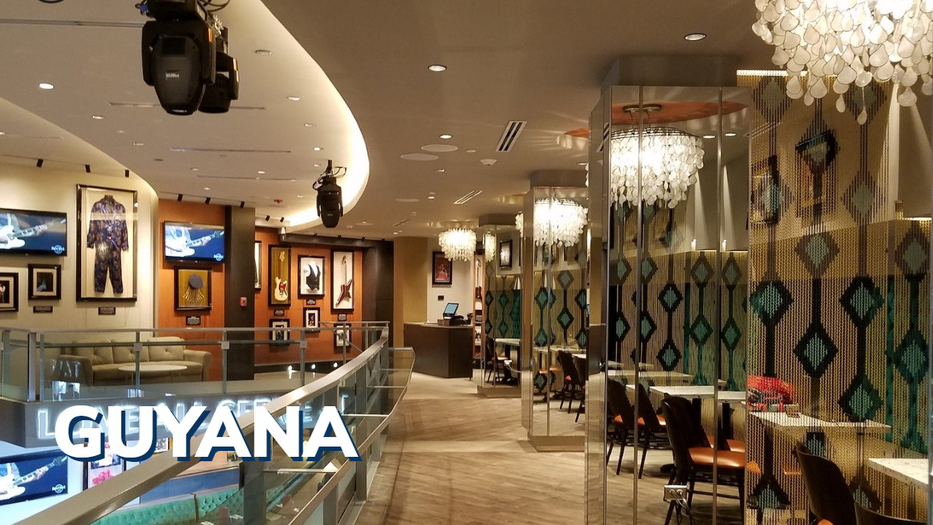 Hard Rock Cafe, Guyana as seen on the company's website.

The international-themed restaurant founded in London in 1971, opened its doors at the new Movie Towne, Guyana.

Tom Perez, Vice-President of the Americas for the company, told Loop Guyana’s economic outlook made the country an attractive choice for the restaurant.

The restaurant is the first of its kind in the South American country which is set to become one of the world’s leading oil producers.

Perez said they want to be the ones who open the market because if you do a good job you will own the market.

Speaking about the relationship with Movie Towne, Perez said they are very familiar with the entertainment cineplex because they are preparing to open a Hard Rock Cafe in South Trinidad.

"We know Derek Chin, the owner of MovieTowne and we knew that he was putting a world-class mall here which was going to be a game changer for Guyana so we thought it would be appropriate to have such a huge investment and have such an icon here,” he said.

Perez said being the first casual dining chain in Georgetown, there have been some challenges, namely finding workers who are familiar with working in their industry.

“The challenges are that the service culture is demanding and finding a talented pool of people who have done that work is challenging. There are no major international casual dining chains so it is hard to get people who understand the level of service we need and expect. That was the biggest challenge,” he said.

He said, however, that the positive is that while they didn’t find a big pool of skilled labour, they found a lot of young people who are enthusiastic with the right mindset and willing to learn.

He said a training team spent some time working with the 75 Guyanese employees.

One of the main features of Hard Rock Café is the live performances that it facilitates.

Perez said Hard Rock Café, Guyana will definitely be a place for Guyanese talent to be showcased.

“We already had two bands that played there, we opened on Saturday and we had two local bands. This is one of the few stages that there are in Georgetown, we want to become the stage for local Guyanese bands and we have a lot of competitions around Hard Rock like the international battle of the bands that they will be able to compete in,” he said.

Perez said the merchandise will help to put Guyana out to the world.

“One of the most known recognised T’ shirts is a Hard Rock T’shirt and people wear it as a badge of honour so now you will see people walking around with Guyana tees. So Hard Rock comes to your country but your country gets to leave as well,” he said.