Hastings manhole welded and sewage main to be cleared 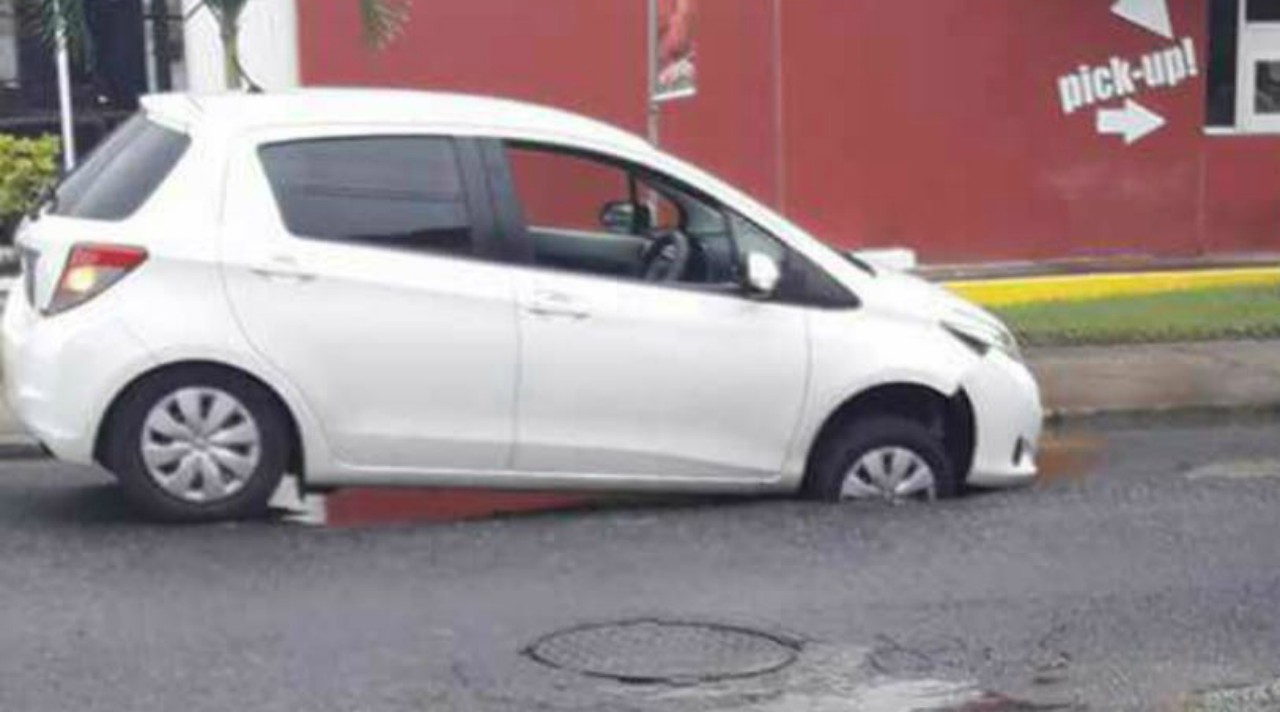 The Waste Water Division of the Barbados Water Authority (BWA) is currently investigating the incident which occurred this morning where the right tyre of a vehicle was stuck in a manhole as it was traversing Hastings Main Road in Christ Church.

BWA officials accompanied by General Manager Keithroy Halliday were quickly on the scene to assess the situation.  Halliday spoke to the driver who is reportedly not injured.

Head of the Division, Patricia Innis said the manhole may have been displaced by stormwater gushing through the sewage system and the bolts used to secure it, were missing. The manhole is now welded so that in the event of heavy rainfall it will not move. Innis said that other manhole covers along the sewer belt were welded before today.

She further noted that stretch of the Hastings road is a trouble spot and is affected by blocked lines. The situation is compounded by rainwater directly entering the sewer lines, putting pressure on aged equipment at the plant and also leading to overflowing manholes.

This evening the Division is starting a comprehensive cleaning of the entire sewer main line from the plant up to Hastings and beyond, this includes a carrier line which is about 2.6 kilometres. This cleaning is being done in the midst of more predicted heavy rainfall. Weather permitting, it is expected to last for several days.

Potholes are not a problem for all, says Minister Jones