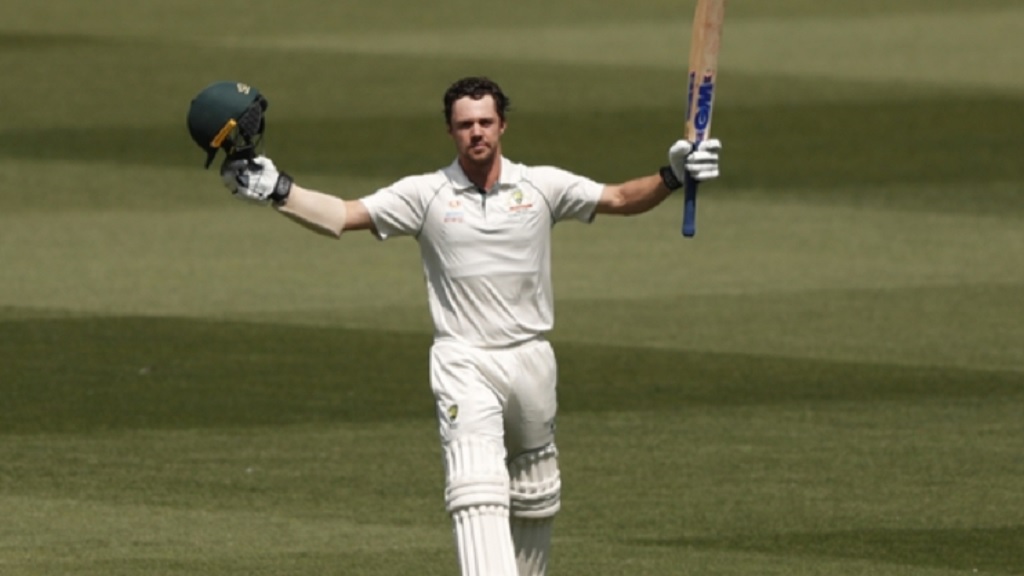 Travis Head scored a century as Australia took control of the second Test against New Zealand in Melbourne on Friday.

Head (114) starred at the MCG as the hosts, already leading the three-Test series 1-0, made 467 in their first innings.

Steve Smith (85) and Tim Paine (79) also made valuable contributions before Australia struck twice prior to stumps to leave the Black Caps in trouble.

The day belonged to Head, who made his second Test century during a fine innings as Australia cemented their control after being put in.

Smith fell in the first session after a well-directed short ball from Neil Wagner (4-83) and fine one-handed catch by Henry Nicholls at gully.

While the wicket of Smith gave New Zealand a boost, Head and Paine quickly put Australia back on top.

They were in control throughout the second session as they put on 150 for the sixth wicket.

Paine fell short of a maiden Test ton, dismissed by Wagner after a successful review for lbw by New Zealand.

Head brought up his century before Australia chased quick runs, largely unsuccessfully as Tim Southee (3-103) cleaned up the tail.

It gave Australia the chance to land a couple of blows before stumps as they removed Blundell and Williamson.

Blundell, who had been aggressive, tried a big drive and edged Cummins through to Paine, while Williamson played an uncharacteristically poor shot.

The New Zealand captain tried to pull Pattinson from outside off but skied his shot and was caught by a running Paine.

Pattinson also thought he had Ross Taylor lbw, but the Kiwi successfully reviewed, with the delivery going over the top, and he will return on Saturday alongside Tom Latham.

Scores in the match heading into day three are: Australia 467; New Zealand 44-2.