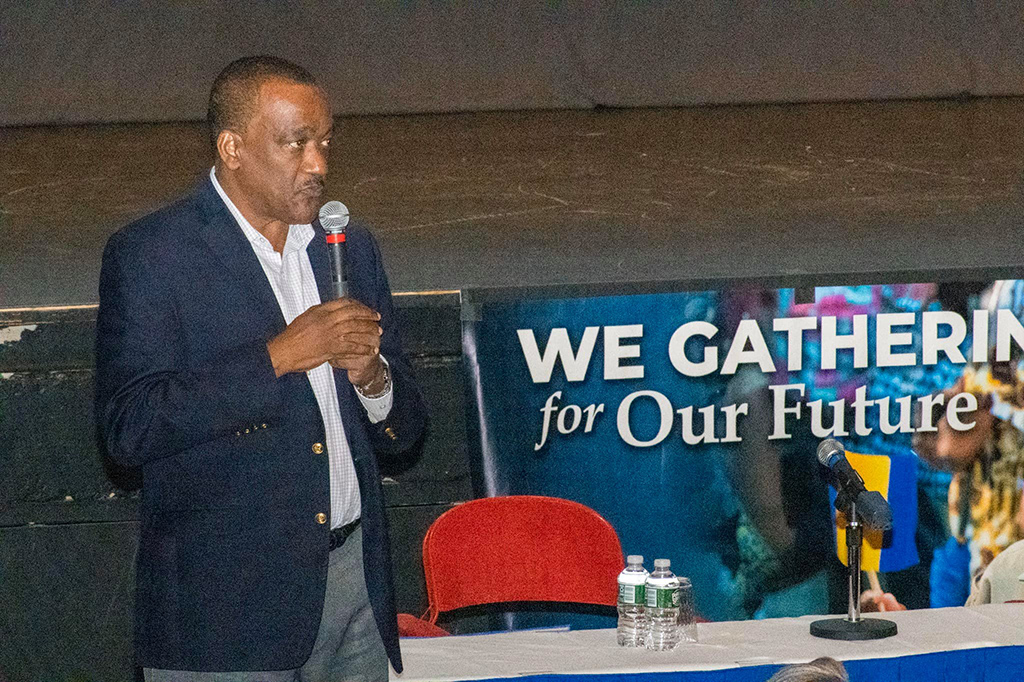 Minister of Health and Wellness, Lieutenant Colonel Jeffrey Bostic has likened the problem of Chronic Non-Communicable Diseases (CNCDs) facing Barbados to a hurricane with a destructive force as powerful as Cyclone Dorian which passed through the region two weeks ago.

Speaking during a town hall meeting for Barbadians, held in Brooklyn, New York at the Leon M. Goldstein Performance Center at Kingsborough Community College, he said authorities have been having significant challenges, both socially and economically, which have been impacting on the delivery of Heath care services on the island.

“[This is] in spite of the very best efforts of the Government of Barbados . . . and I thank the Prime minister and the Minister of Finance that even though in difficult circumstances we are being given resources to do the job,” Lt. Col. Bostic stated

Earlier this year, the Ministry of Health had said that heart attacks and strokes were costing the government $8 million dollars to treat.

In addition, the excess cost to the Ministry of Health and Wellness from cardiovascular disease was between $7,000 to $10,000 per patient, mostly in the emergency phase. The Ministry said these costs are likely to increase in the short term as new interventions to improve outcomes for heart attack and stroke are introduced.