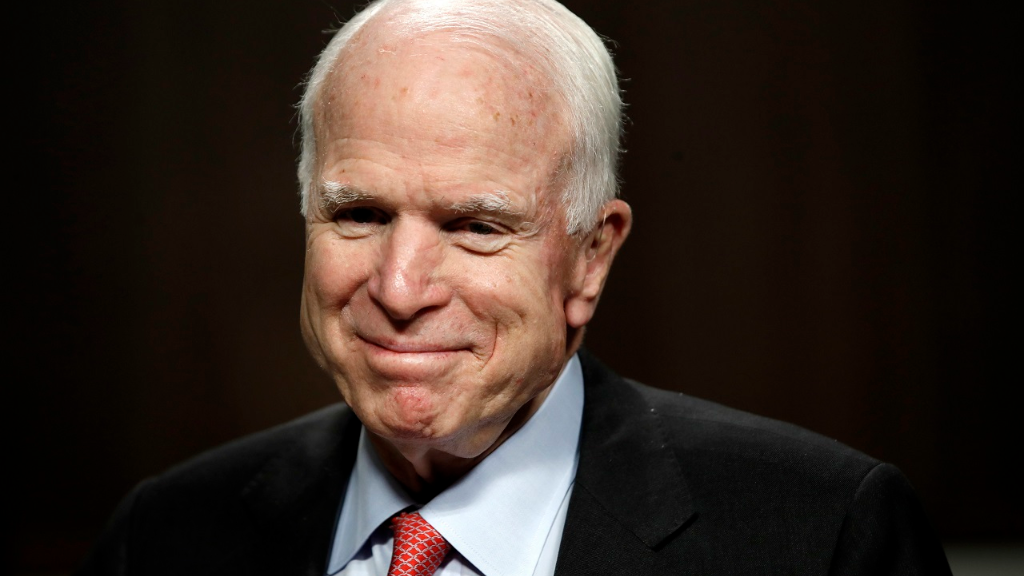 Kelly Sadler was discussing McCain's opposition to Trump's pick for CIA director, Gina Haspel, at a staff meeting on Thursday when she made the comment, according to the two people. They were not authorized to discuss internal deliberations and spoke to AP on condition of anonymity.

The White House did not dispute the remark. In a statement, they said, "We respect Senator McCain's service to our nation and he and his family are in our prayers during this difficult time."

The 81-year-old Arizona Republican, who has spent three decades in the Senate, was diagnosed in July with glioblastoma, an aggressive brain cancer. He left Washington in December and underwent surgery last month for an infection.

Sadler is a special assistant to the president. She did not respond to a request for comment Thursday evening.

McCain's wife, Cindy, responded with a tweet tagged to Sadler, "May I remind you my husband has a family, 7 children and 5 grandchildren."

Sen. McCain, a Navy pilot who was beaten in captivity during the Vietnam War, has urged his fellow senators to reject Haspel. He said Wednesday that he believes she's a patriot who loves the country but "her refusal to acknowledge torture's immorality is disqualifying."

Haspel faced grilling Wednesday by the Senate Intelligence Committee about her role overseeing some CIA operations after the Sept. 11 attacks. She told senators that she doesn't believe torture works as an interrogation technique.

As for the president, he and McCain have had a troubled relationship.

As a GOP presidential candidate in 2015, Trump said McCain was "not a war hero" because he was captured in Vietnam, adding, "I like people who weren't captured."

Last July, McCain became the deciding vote against the GOP health care repeal with a dramatic thumbs-down. Trump later told the Conservative Political Action Conference that "except for one Senator, who came into a room at three o'clock in the morning and went like that" —Trump gave a thumbs-down — "we would have had health care (reform), too."

The crowd booed, and Trump added, "I won't use his name."

Science Says: What we know about cancer risk and coffee