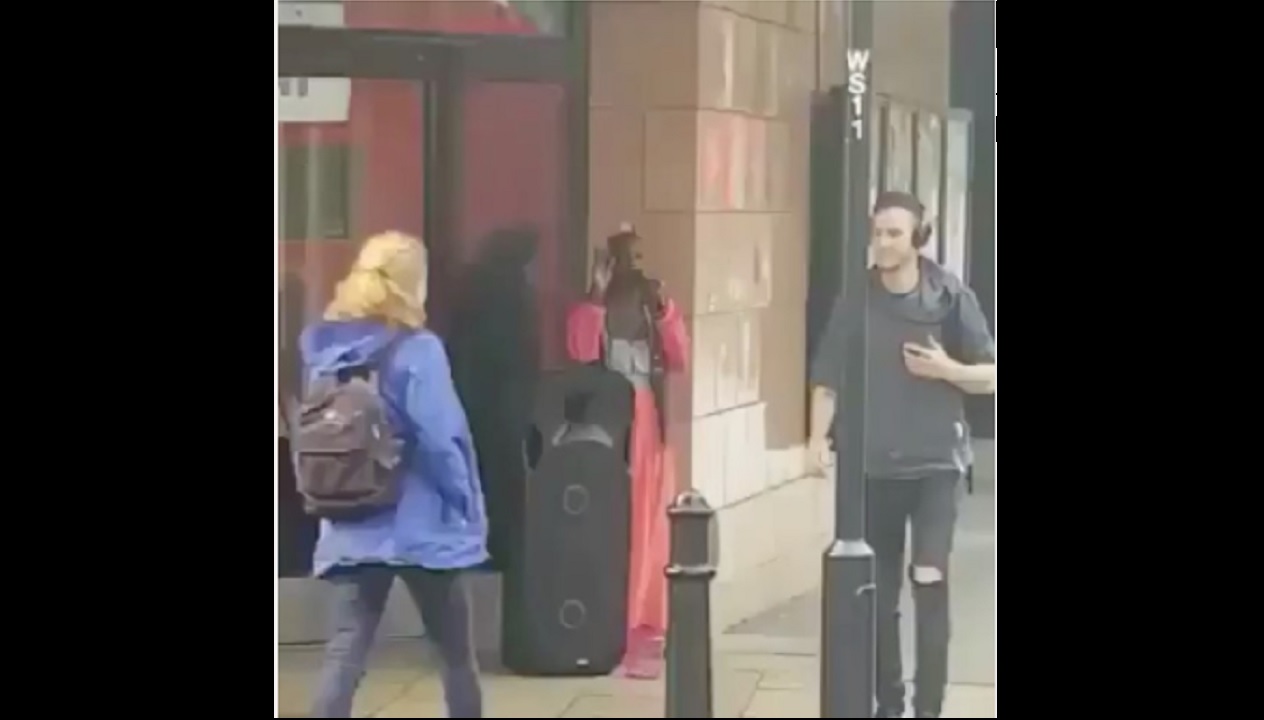 Screenshot of a video showing a woman singing on a sidewalk while commuters walk by in Europe.

There could hardly have been greater contrasts.

A woman was caught on video singing Bill Medley and Jennifer Warnes’ Time of My Life on a sidewalk in what appears to be European city – reportedly London, England.

But it appears none of the passers-by pay the woman, and the container at her feet to collect money, any attention as she sings the classic love song.

The woman then makes a sudden switch into the raunchy We Bad From dancehall hit by incarcerated deejay Vybz Kartel, grabbing the attention of commuters and collecting money.

In between the 'gangster' lyrics and accompanying dance that would make the "World Boss" proud, she stops to show gratitude to a female for her contribution.

The hilarious video, which is undated, has been making the rounds on social media all week and is attracting thousands of shares and comments.

Watch the clip below.