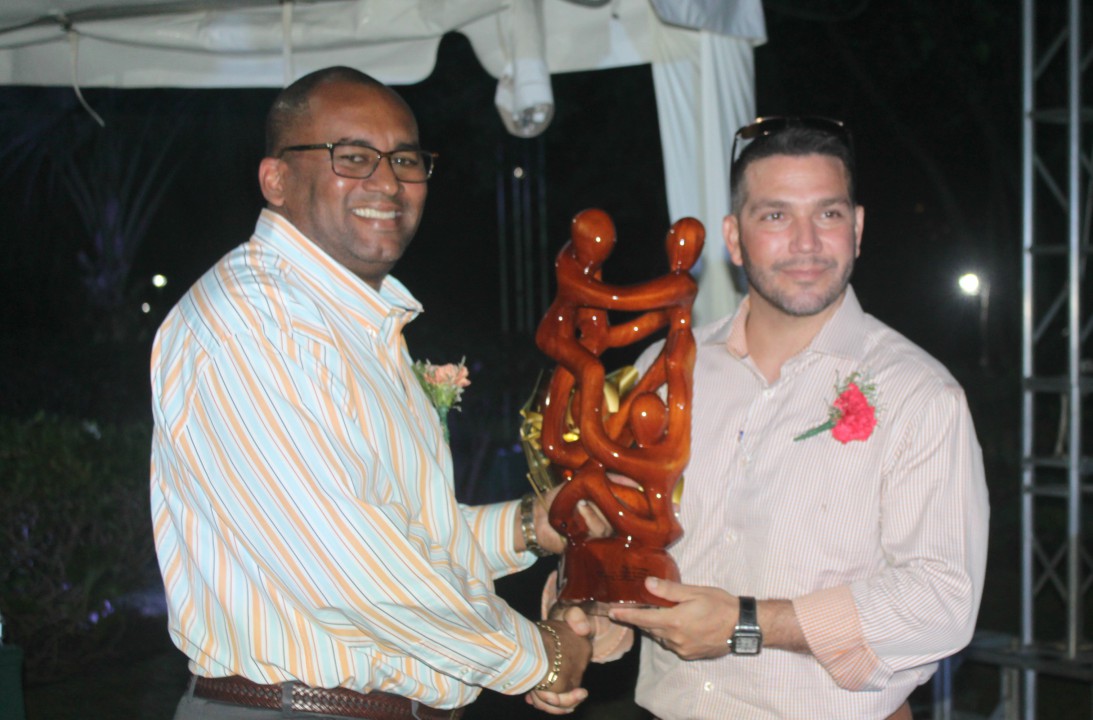 In a series of heart-warming tributes, management and employees of the Hilton Barbados Resort & Spa, bid farewell to the General Manager, George Stanfield, showering him with gifts and kind words.

Stanfield, who joined the Needhams Point Holdings team in 2014, was heralded as the motivation behind the hotel securing a number of prestigious international awards such as the 2017 Genius of the AND Award, judged from among 3,000 other hotels in the Americas, and the 2016 World Luxury Spa Award.

The ceremony included musical performances by Nicole Best in the Housekeeping department and a comical recitation from the Head of the Food and Beverage team, Ramon Watson. Stanfield was moved to tears more than once during the ceremony which also included a video presentation of employees sharing their fondest memories of the GM.

Acting Prime Minister and Minister of Tourism, Richard Sealy said it will certainly "be a loss" to see Stanfield go considering the tremendous amount of work he and the Hilton team have put in to improve the overall operations of the resort.

"A lot of what is happening in tourism is mirrored by what has been happening on this property, in terms of improvements that we have been seeing. It has of course permeated to the sector and we are grateful.

"Even when he is dealing with difficult issues... he still makes you laugh and smile. He has really done very special with the team members at this property. That says a lot about [his] motivation, [and] about taking innovative approaches."

Standfield will be heading to the Hilton Buenas Aires Resort in Argentina. His successor at the Hilton Barbados Resort has not yet been named, however it was disclosed a female will take up the new position by the end of the week.