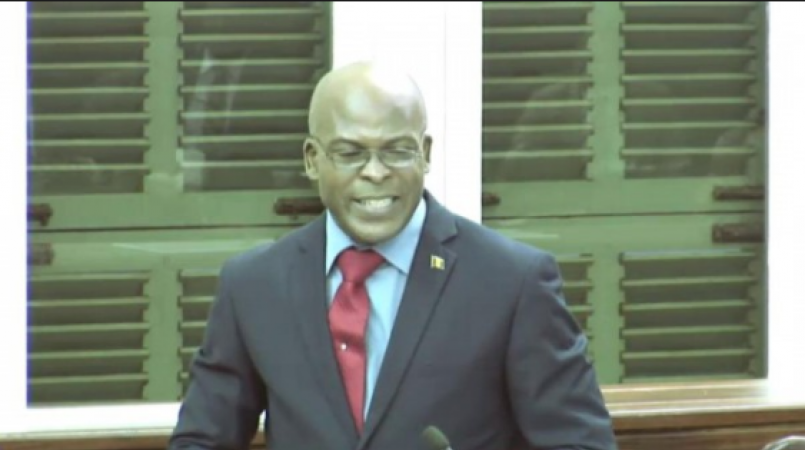 Member of Parliament for St. James North, Edmund Hinkson has heavily criticized the amendments put forward by the Minister of Transport and Works, Michael Lashley for the Road Traffic Act (Amendments), 2017 during a debate in the House of Assembly on Tuesday.

Under the amendments to the Act, any able bodied person who uses a parking spot designated for a disabled person can be fined up to $1,000.

Hinkson, who also wears the hat of Director of the Barbados Counsel for the Disabled, said the association has been especially focused on improving accessibility for the disabled community in the areas of parking and public transportation, adding government is yet to make any progressive move for these ones.

He said the amended Act is “flawed” in that it does not contain enough provisions for the disabled. He called the parking fine a “joke of a fine”, noting it should be much higher than $1,000.

Hinson also criticised the lack of the mechanisms to gather evidence for those who do not comply with this aspect of the legislation.

“How are we going to get the evidence now? There are no provisions for that. We haven’t heard anything about that. If for example someone takes a picture with their cell phone of an able bodied person getting out of a vehicle… reserved for persons with disabilities- is that going to be accepted in court?”

He inquired as to whether government intended to hire private security to investigate and tow away the vehicles of persons believed to be parked illegally in disabled spots.

During his contribution to the debate, Hinkson also questioned why government was not aggressively pushing the demerit system of the Road Traffic Act which punishes drivers who violate traffic laws, as opposed to ticketing and prosecuting them in a court of law.

“Why are we going to allow the continuation of a system ... whereby you go to the Eric Holder complex on a Friday and there are hundreds of people there waiting for traffic cases to be heard- for maybe driving 10 miles per hour above the speed limit?”

Hinkson said if this system was utilised it would see a drastic reduction in the number of cases going to the Traffic Court.