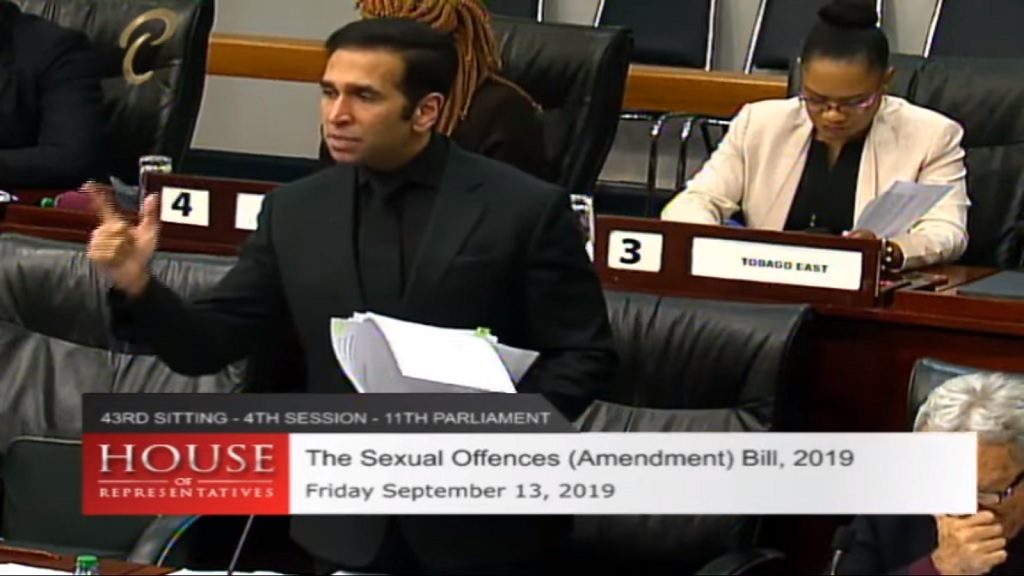 History was made in Trinidad and Tobago after legislation providing for a National Sex Offender Register was unanimously passed in the House of Representatives on Friday night.

The Sexual Offences (Amendment) Bill, 2019 was passed without amendment with 28 for, none against and no abstentions.

Attorney General  Faris Al-Rawi said the purpose of the legislation is to provide more protections for children against crimes of sexual abuse.

“Call it what you will, the evidence is that abuse happens across Trinidad and Tobago. If we can’t identify what is wrong with our society…we are spinning the proverbial top in the mud. That’s why our laws for many years have not had the bite they ought to have,” he said, during his presentation in Parliament on Friday.

Al-Rawi said data compiled by the Children’s Authority of Trinidad and Tobago between 2015-2018 showed that over 80 per cent of child sex abuse reports involved girls, as compared to around 15 per cent for boys.

He said there were reports of sexual abuse against babies from as young 0-11 months, and as much as 21 per cent of reports involved children under the age of 14.

He also referred to the delay in court matters involving sexual assault cases.

“(For) A victim of rape…statistical demonstration shows here that we have people waiting…for their matters for over 14 years…visiting the court, month after month…to be violated all over again…the matters don’t go fast enough,” he said.

The Bill outlines for the provision of a National Sexual Offender Register (for offenders over 18), however, the names on this list would only be made available to the public via a court order.

The Bill was previously passed unanimously in the Senate.

For more information on the Bill see here: https://bit.ly/2lNFJCz

Child sex offenders to be named as such in US passports

Sex Offender Registry should not be the focus