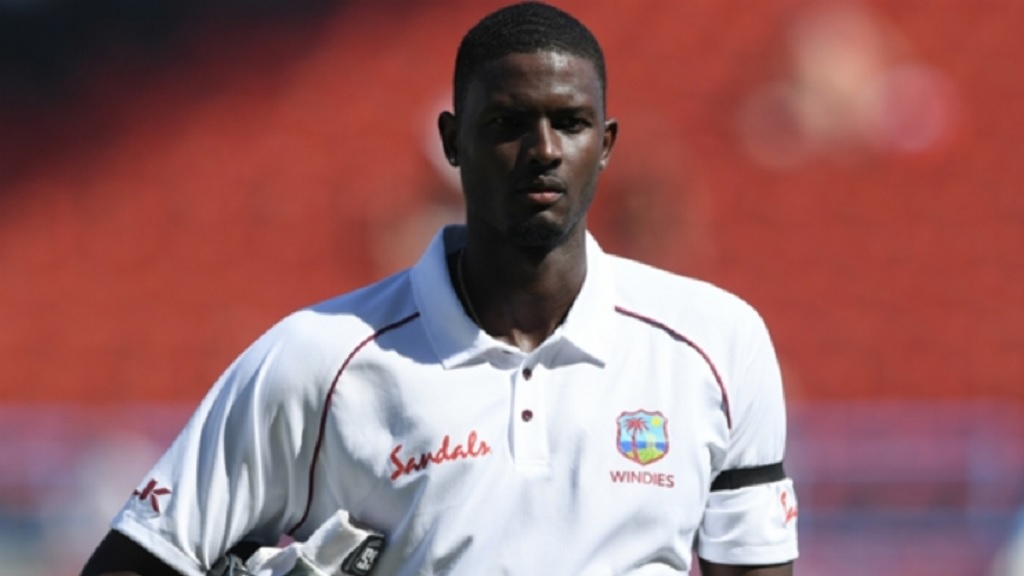 Jason Holder says he will consult his West Indies team-mates regarding the possibility of making a "show of solidarity" in support of the Black Lives Matter movement in the Test series against England.

Elite athletes have spoken out against racism in society following the death of George Floyd, an African-American man who died in police custody in Minneapolis on May 25.

Several teams in the Bundesliga, which was the first major European football league to resume amid the coronavirus pandemic, have also taken part in demonstrations.

Windies captain Holder was asked if similar actions will be taken by his team for the first Test at the Ageas Bowl, which will be played without fans in attendance, on July 8.

"It definitely - probably - will be discussed among us and we'll definitely decide how we'll go forward as a team with it," he told a news conference on Wednesday.

"I just want to make sure whatever we do, if we do anything, that it is done the right way. Whatever point we make, if we do decide to show some sort of solidarity with it, we'll make sure everyone is on the same page.

"But I don't want to sit here and speak for the other members of the team without consulting them."

On the protests that have taken place, Holder added: "It [racism] is something that will probably be an ongoing discussion, probably way past our lifetimes. I think the greater message that could be taken for this entire experience is unity.

"Regardless of your race or religion, I think this is a situation for us all to unite as one.

"What has happened recently has definitely impacted the world, and the response from people around the world has been tremendous.

"We must acknowledge it. Protesting, and standing up for what you believe in, is noble and courageous - and something I would never disapprove of.

"I think it's a perfect time for people to really educate themselves on what goes on in the day-to-day experiences of people around the world, and make a change.

"Only when you educate yourself, can you have a better sense of what goes on around you.

"We must all come together; it's an ongoing debate, but equality and unity is my main takeaway from this."

The Windies arrived in Manchester on Tuesday as they gear up for the return of Test cricket, which has been affected by the COVID-19 outbreak.

Three players, Shimron Hetmyer, Keemo Paul, and Darren Bravo, opted not to travel, but Holder says those who have travelled feel "pretty safe".

"To be honest, I feel pretty safe. I must commend the ECB (England and Wales Cricket Board), they've been outstanding," he said.

"We had a chartered airline and arriving here in Manchester was pretty smooth. We just transferred directly from the plane through the VIP hall and then straight onto the buses directly to the hotel. We've had no real experience with anyone from the public.

"Everything so far has been rolled out perfectly and whilst it continues that way, I can't see much interference coming with regards to the series.

"Before coming here to England, we all knew what was being posed. We've all made a decision to come over here, not been forced, and we've done it because we want to be here, we want to play cricket.

"Personally, I'm happy to be playing some cricket, not many other nations are. Many organisations are taking pay cuts and we have suddenly got our opportunity now to make some money, so we have a lot of things to be thankful for and I think we just have to relish the opportunity and grab it with both hands."