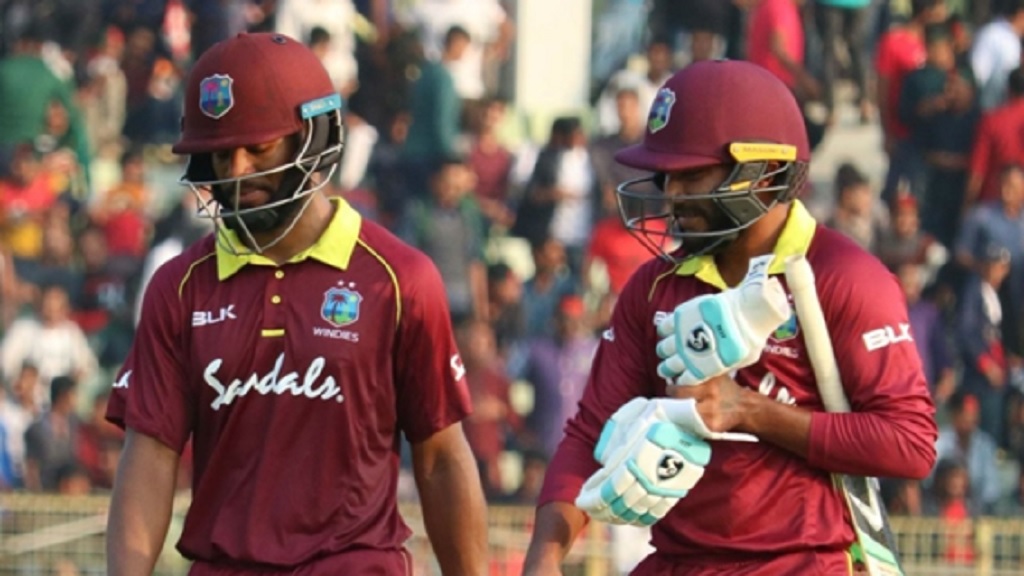 The Windies, led by Hope, had levelled the series in the last match, but the efforts of their star man were in vain on Friday as Bangladesh coasted after limiting the tourists to 198-9.

Opener Hope made 108 not out to somehow ensure his side batted out the innings, with none of his team-mates reaching more than 19 as Mehidy Hasan took four 4-29.

A second-wicket stand of 131 between Tamim Iqbal (81 not out) and Soumya Sarkar (80) all but got the job done for Bangladesh and they sealed victory by making 202-2 with 69 balls still remaining.

Although Mehidy swiftly removed Chandrapaul Hemraj (9) and then took care of Darren Bravo (10), it was not until Marlon Samuels (19) departed to Mohammad Saifuddin that the tourists' innings really fell apart.

From 96-2, with Hope starring, the Windies collapsed and Mehidy pressed home the advantage, taking the wickets of Shimron Hetmyer - for a six-ball duck - and captain Rovman Powell (1) in the same over.

Hope kept battling away, with nine fours and a maximum, but the Bangladesh bowlers were now enjoying themselves.

Shakib Al Hasan (2-40) took out Roston Chase (8) and Fabian Allen (6), before Mashrafe Mortaza (2-34) added another pair of dismissals as only Devendra Bishoo managed to protect his wicket and close the innings with Hope.

Bangladesh were in no rush with the bat, yet they made steady progress, suffering only a minor setback as Liton Das went for 23.

Both Hope and Kemar Roach were then forced out of the remainder of the match with injury, the former taking a knock to the head and the latter suffering hamstring spasms, to deal the Windies another blow.

And Tamim and Sarkar combined to do all the heavy lifting en route to victory, the dismissal of the latter to Keemo Paul coming far too late to derail Bangladesh.

Mushfiqur Rahim stepped in and made an unbeaten 16, including two fours and a six, before a pair of Tamim boundaries completed a comfortable chase.

West Indies take 5 wickets but day one belonged to Bangladesh