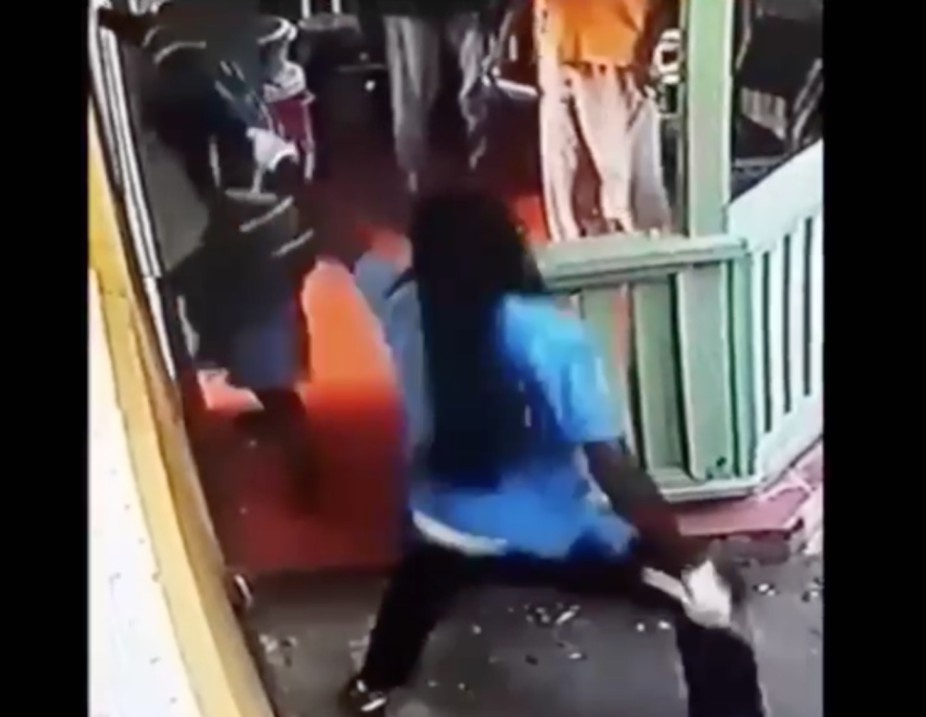 A screenshot from the video post showing the alleged assault between a nurse and patient.

Nursing staff at the Psychiatric Hospital in Black Rock have expressed dismay at the wounding incident allegedly involving a nurse and a patient of the institution.

Last week, a video made the rounds on social media showing a male nurse in uniform allegedly assaulting a male patient. The 43-long video allegedly showed the nurse repeatedly striking the patient, who appeared somewhat confused and did not retaliate.

Last Wednesday, 31-year-old nurse Jason Jamal Phillips appeared in the District A Magistrate Court to answer to the charge of unlawfully and maliciously wounding Alden King.

The resident of #1C Madison Terrace, Deacons Farm, St. Michael, who has since been suspended from working at the Hospital, pleaded not guilty to the charge and was released on $15,000 bail. He is set to return to court on October 30, 2018.

A source close to Loop News commented briefly on the alleged incident which has garnered much attention from the public on a number of social media platforms.

The source, who is employed as a nurse, said the nursing fraternity at the Psychiatric Hospital is saddened. The nurse described Phillips as a good nurse who is dedicated to his job.

The source also speculated that Phillips will be terminated from his job in the near future.

The source declined to elaborate on the details which led up to the alleged assault, only confirming the incident took place on the Grassfield Ward of the hospital.

As part of Phillips' bail conditions, he is required to report to the Black Rock Police Station every Wednesday before 10 am and he is not allowed onto the premises of the hospital.