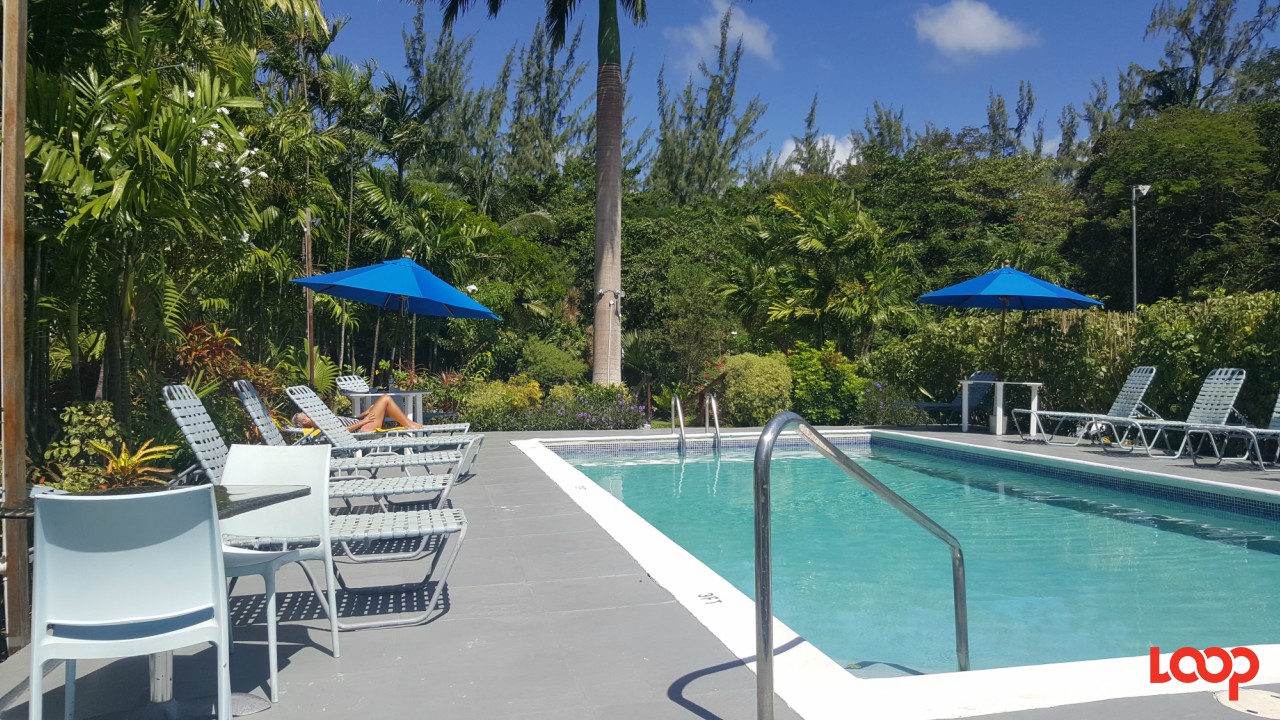 A guest lounging at the Palm Garden Hotel pool.

One hotel is losing business and incurring additional expenses as its management tries to cope with the foul conditions at the Worthing location due to problems with the sewage lines.

The Palm Garden Hotel is reporting that its occupancy is being directly impacted by the fallout from the blockages and other problems arising in the lines or at the South Coast Sewage Plant. 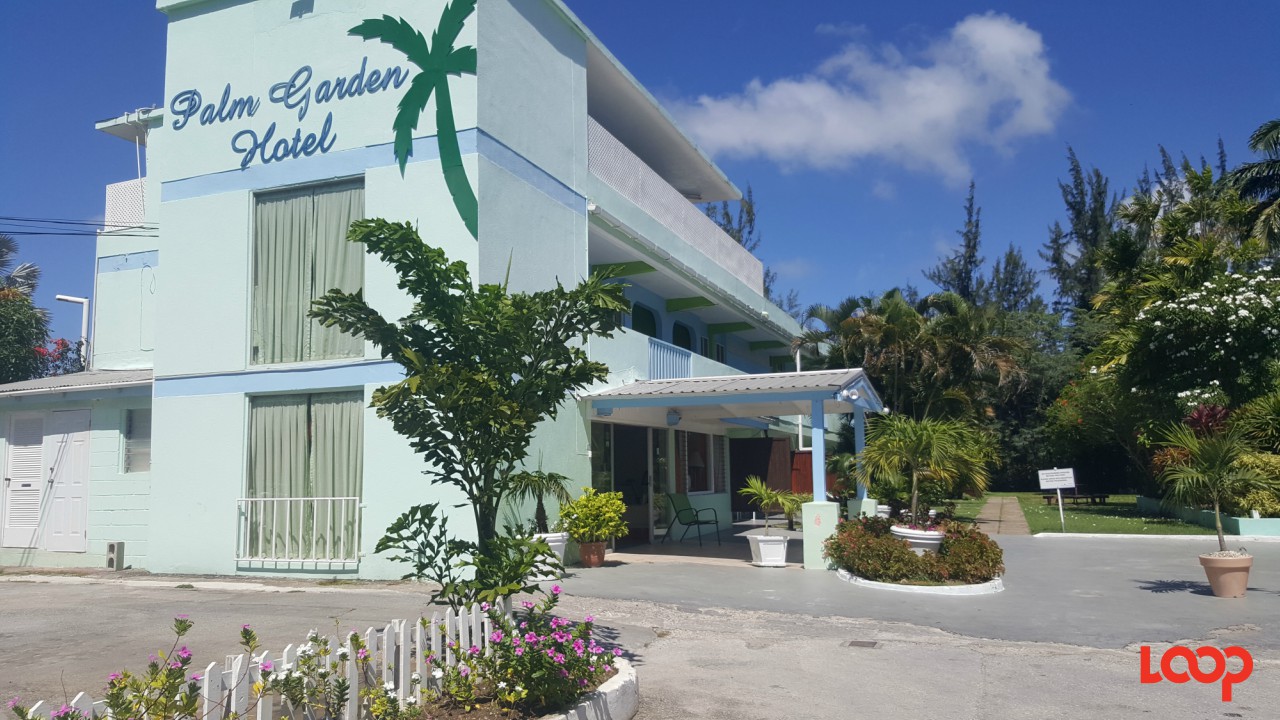 She said that today, November 13, 2017, is good but yesterday was not. She said that she was to have a full house but luckily she had a few rooms vacant and when problems arose she was able to shift around clients.

Due to the unforeseen circumstances, she said that her staff had to work overtime and put in extra hours to help accommodate the guests and make the best of the situation.

However, since the introduction of Patricia Inniss as the Head of the Waste Water Division (WWD), she has been feeling “less helpless”. She lamented that before Inniss’ arrival, she was getting the runaround whenever she called the authorities, remarking, “They would just keep passing me and my calls down the chain, down the line.”

But with more open communications lines now, Maynard said that she is better able to answer guests’ queries and inform them when the scent “kicks up” or water comes seeping through the wells. “She [Inniss] is always approachable… She has been a great help throughout. She is always trying to help.”

She said since Inniss, she also got her well-cover sealed closed and that has helped. “There is no more gushing, but water still seeps through when it’s bad.” 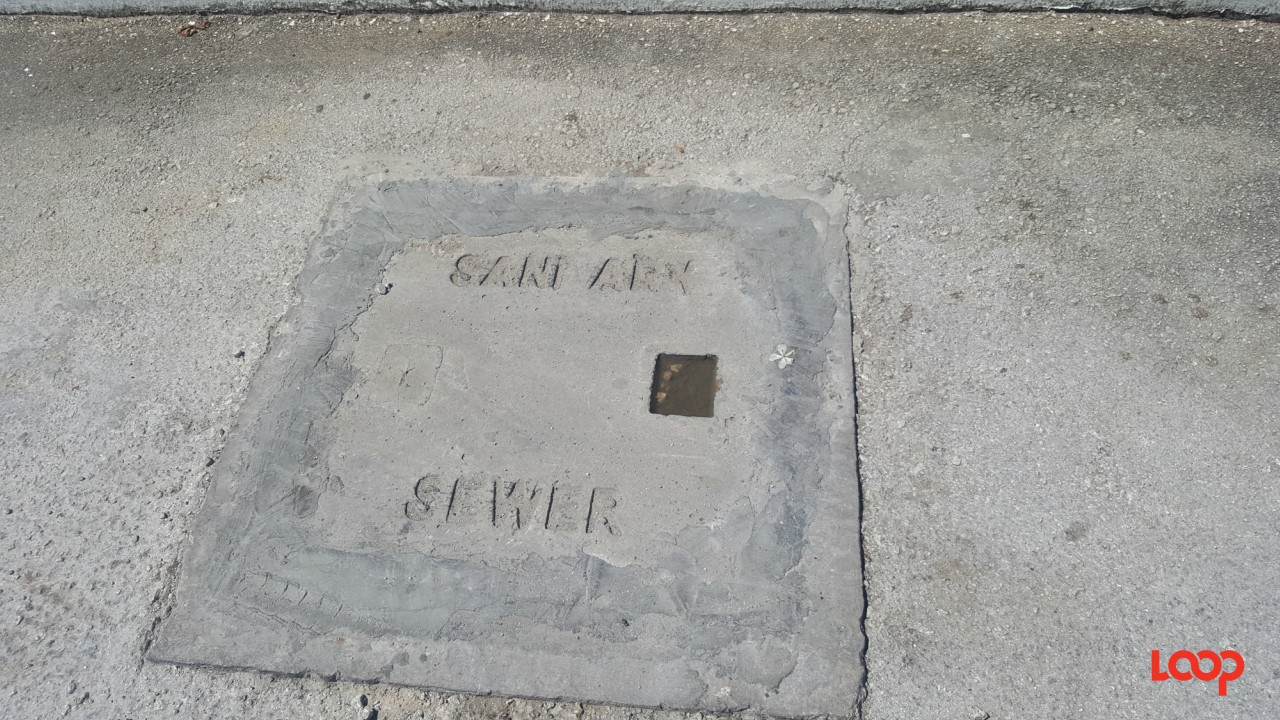 Using this weekend as an example, Maynard said once she called Inniss, she was told about the blockage then she could explain to her guests.

In addition to increased salary costs, the hotel is incurring added expenses to counter the impacts of the sewer lines. She said they buy expensive deodorizers to combat the scent. When it’s “really, really bad the restaurant is closed.”

In addition, they have lost guests who opted to switch hotels after the issue presented during their stay, with Maynard confirming, “Yes, people move out to other locations.” Noting that they do not have a sister property, she pointed out that once someone leaves, the business is gone completely.

She said that they have 23 rooms and the suites range from USD $90 and up per night. “We are obviously losing revenue,” she reiterated and this has been “over a year”.

Saturday night, November 11, the WWD started carrying out further investigations to determine the extent of the obstruction and an approach towards clearing it as they conducted a cleaning programme from Hastings Main Road, Christ Church and beyond.