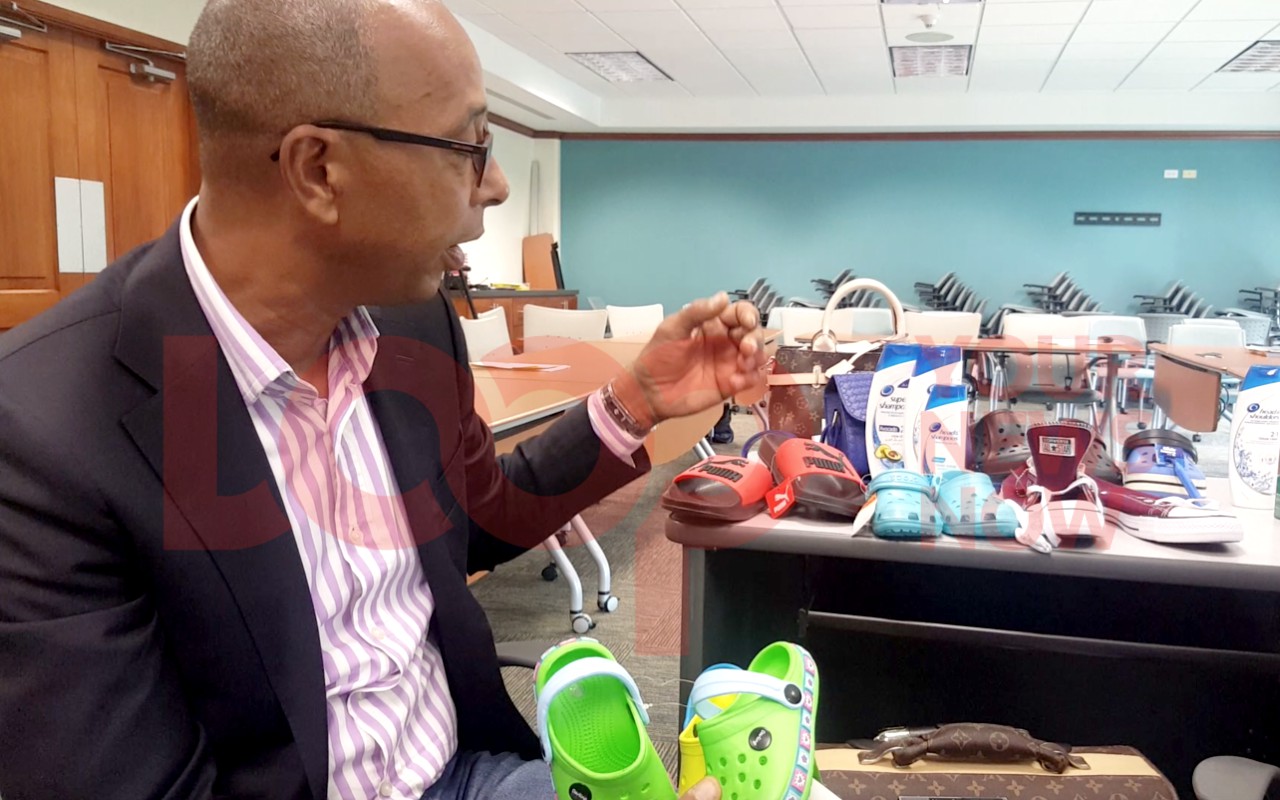 Barbadians have been given some key information from Brand Protection experts to help them spend their money wisely in this world where unfortunately, fake items are being passed off as the genuine products.

Told that locally prices may not be as big an indicator or red flag as in other territories, Louis Comvalius, Associate Director - DISOSA Brand Protection Services told Loop News that people need to read labels properly.

He said that the proof is in the detailed labels attached to items. With persons grabbing products automatically off the shelves because they look like the item they want, he warned against this and called on people to read labels first.

He showed a knock-off version of Head & Shoulders going by the name 'Super & Shampoos'.

In terms of spelling errors he said that the ingredient lists should be read as well because that is where some of the errors are hidden. In addition to misspelt words he added that at times "gaps" appear in some words.

Moreover, Comvalius dispelled the notion that the 'Made in country' is an indicator. Asked about checking the producer tag by the Loop reporter, he said:

"There have legitimate products also come from China. So almost all the big brands also produce in China. There are big brands of other brands like Louis Vuitton, that do not produce in China, so if that kind of product read made in China, then that is an indication, but you cannot say for the total industry, 'It's made in China so it's fake or it should be fake, or it's more suspicious to be fake' - No!"

He asserted that China is a very good producer of products being used globally and he stressed, "We're not in a fight with the Chinese, we are not in a fight with the Chinese producers, we're in the fight with counterfeit products wherever they come from. As an example I can also say that fakes are being produced in Peru, in Chile, in Ecuador, in Costa Rica, in Venezuela, and I can mention all kinds of countries where also counterfeits are being produced, maybe on a lesser scale than in China, but therefore you cannot say, 'Made in China is a suspicious product' - Definitely not!"