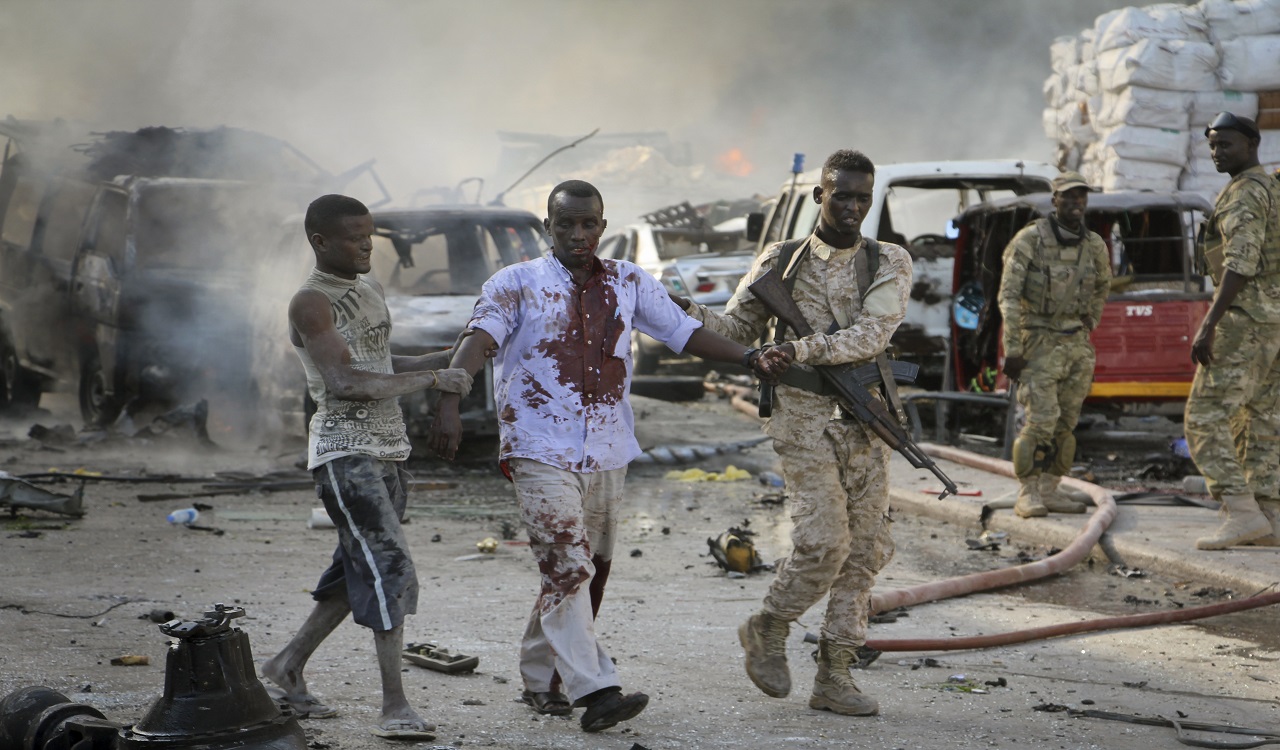 A Somali soldier helps a civilian who was wounded in a blast in the capital of Mogadishu, Somalia, Saturday, Oct. 14, 2017.

A huge explosion from a truck bomb killed 20 people in Somalia's capital, police said Saturday, as shaken residents called it the most powerful blast they'd heard in years.

The explosion appeared to target a hotel on a busy road in Hodan district and at least 15 people were injured, police Capt. Mohamed Hussein said. Security forces had been trailing the truck after it raised suspicions, he said.

Police said people were trapped in the rubble of the Safari Hotel, which was largely destroyed in the explosion. The hotel is close to Somalia's foreign ministry. Rescue workers were at the scene.

The Somalia-based extremist group al-Shabab recently stepped up attacks on army bases across south and central Somalia. While there was no immediate claim of responsibility for Saturday's blast, al-Shabab often targets high-profile areas of Mogadishu with deadly bombings.

Gunshots could be heard at the site, and ambulance sirens wailed across the capital, which has been under tight security with military-manned checkpoints.

The explosion left a trail of destruction across a busy intersection, with several bodies and bloodied slippers and shoes. Windows of nearby buildings were shattered. Overturned cars lay in the street, burning. A large plume of smoke rose nearby.

"There was a traffic jam and the road was packed with bystanders and cars," said Abdinur Abdulle, a waiter at a nearby restaurant. "It's a disaster," he said sadly.

The U.S. military has stepped up drone strikes and other efforts this year against the al-Qaida-linked al-Shabab, which is also fighting the Somali military and over 20,000 African Union forces in the country.

The Latest: At least 22 injured in London subway blast