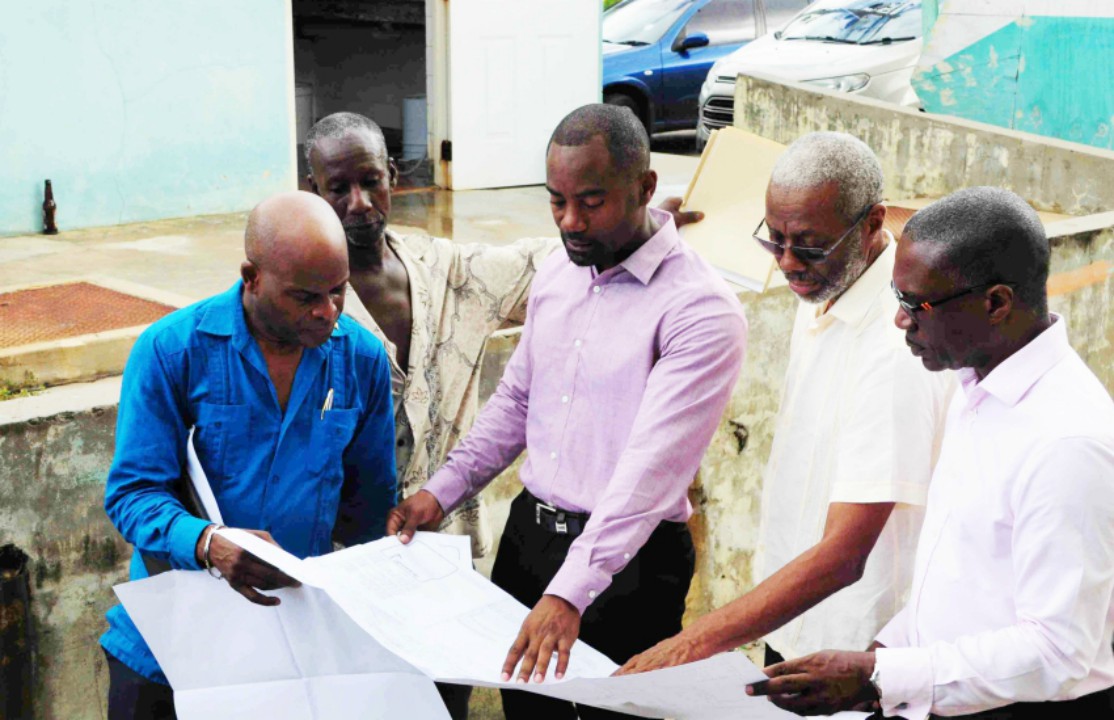 Long awaited upgrades and renovations at Barbados’ fish markets are set to get under way, as Government moves to raise standards in the island’s fishing industry.

Minister of Maritime Affairs and the Blue Economy, Kirk Humphrey, announced that work at the Pile Bay Fishing Complex was set to start soon, while that on the Bridgetown Fishing Complex would begin later this year.

And, he promised those who operate at the Millie Ifill Fish Market in Weston, St. James, that they too would receive much needed upgrades.

He made these comments after touring the market today, accompanied by Permanent Secretary in the Ministry, Esworth Reid; Chief Fisheries Officer, Stephen Willoughby; Director of the Coastal Zone Management Unit, Dr. Leo Brewster; Manager of the Bridgetown Port, David Jean-Marie; Officer in Charge of the Market, Nicole Morris, and other officials.

Mr. Humphrey told members of the media that plans were drawn up years ago to upgrade the St. James facility, but nothing was done to execute the plans.  However, he said that they were now with his Ministry and possibly the Town and Country Planning Development Office.

The Minister noted that there was much work to be done at the facility, including changing the roof, fixing the office, replacing the tile countertops with aluminium and installing a water tank to ease challenges of low water pressure.

Mr. Humphrey also stated that it was evident that the conditions under which the seven employees worked were “below par”, and below expectations.

Noting that it would take some time before plans could be brought to reality, he added that the renovations and upgrades to the markets would be done by Government, in conjunction with other entities, such as international development partners.

“I am talking about millions of dollars to be able to renovate some of these areas to make our fish market and fishing industry a much more modern facility and industry and those funds have gone a begging.  If those funds are still there… we will pursue them with haste,” Mr. Humphrey stated.

He gave those who operated from the market Government’s commitment to improving their working conditions in the shortest possible time.