Hurricane Dorian: Trump has 'never heard of Category 5', but warns US 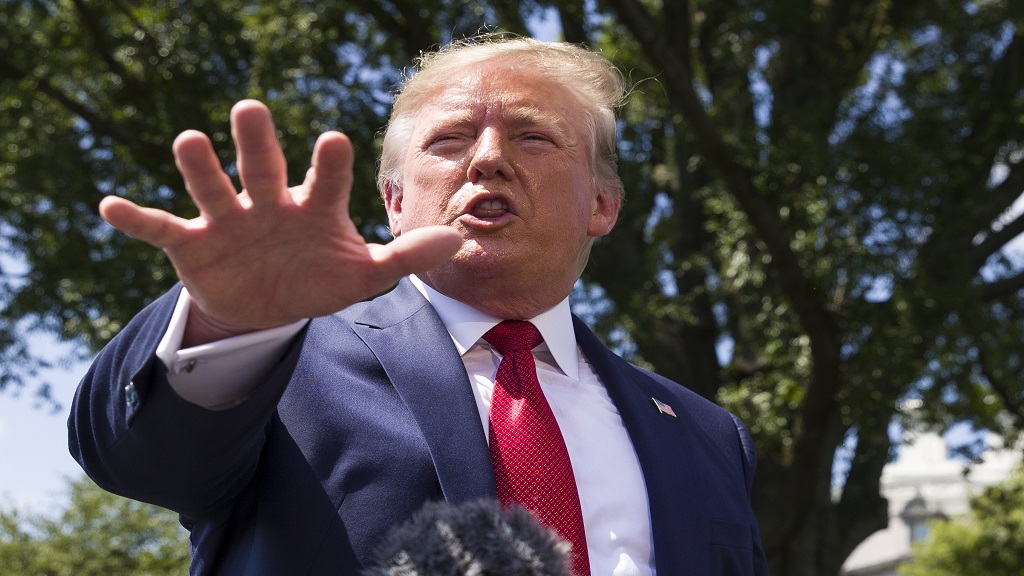 There have been a total of four Category 5 hurricanes during Donald Trump's presidency.

However, during a briefing on Hurricane Dorian at the Federal Emergency Management Agency (FEMA) headquarters in Washington DC, Trump seems stumped by the categorization of Hurricane Dorian, which was Category 5.

"Americans are strong, determined and resilient and we will support each other and we will work very hard to minimise whatever the effect of, of what's coming at us. We don't even know what's coming at us. All we know is that it's possibly the biggest. I have...I'm not sure I've even heard of a Category 5. I knew it existed. And I've seen some Category 4s. You don't even see them that much but a Category 5 is something that I don't know that I have ever even heard the term other than I know it's there and it's the ultimate, and that's what we have unfortunately."

This time his comment on thinking he's never heard the term Category 5 did not go unflagged as media personnel and many persons quickly pointed out that he made similar comments after Hurricane Maria.

After the Hurricane Maria devastation in 2017, during another speech, he leaned over close to his wife First Lady Melania and said, "I never even knew a Category 5 existed."

Plus this is the fourth Category 5 hurricane during his term and it's not the first to impact the United States.

In September 2017, just about eight months into Trump's first term, Hurricane Irma affected at least nine US states. Irma was one of the strongest Atlantic basin hurricanes ever recorded outside the Gulf of Mexico and the Caribbean Sea. Also in September 2017, Hurricane Maria devastated the US territory of Puerto Rico and Trump visited during the initial relief effort.

Then in October 2018, Hurricane Michael, which was originally designated as a Category 4, stormed into the Florida Panhandle as the third Category 5 hurricane to blast the United States or an American territory.

FEMA officials provided an update on the status of Hurricane Dorian yesterday, September 1, because though devastating The Bahamas at the time and throughout today, September 2, Dorian is on track for the United States of America still.

Calling the update "comprehensive", President Trump took to Twitter to urge his 63.9 million followers to stay safe. He tweeted:

'In addition to Florida - South Carolina, North Carolina, Georgia, and Alabama, will most likely be hit (much) harder than anticipated. Looking like one of the largest hurricanes ever. Already Category 5. BE CAREFUL! GOD BLESS EVERYONE!'

Additionally, he tweeted updates from the National Hurricane Cente throughout yesterday and today.

Dorian closes in on Bahamas as dangerous Category 5 storm