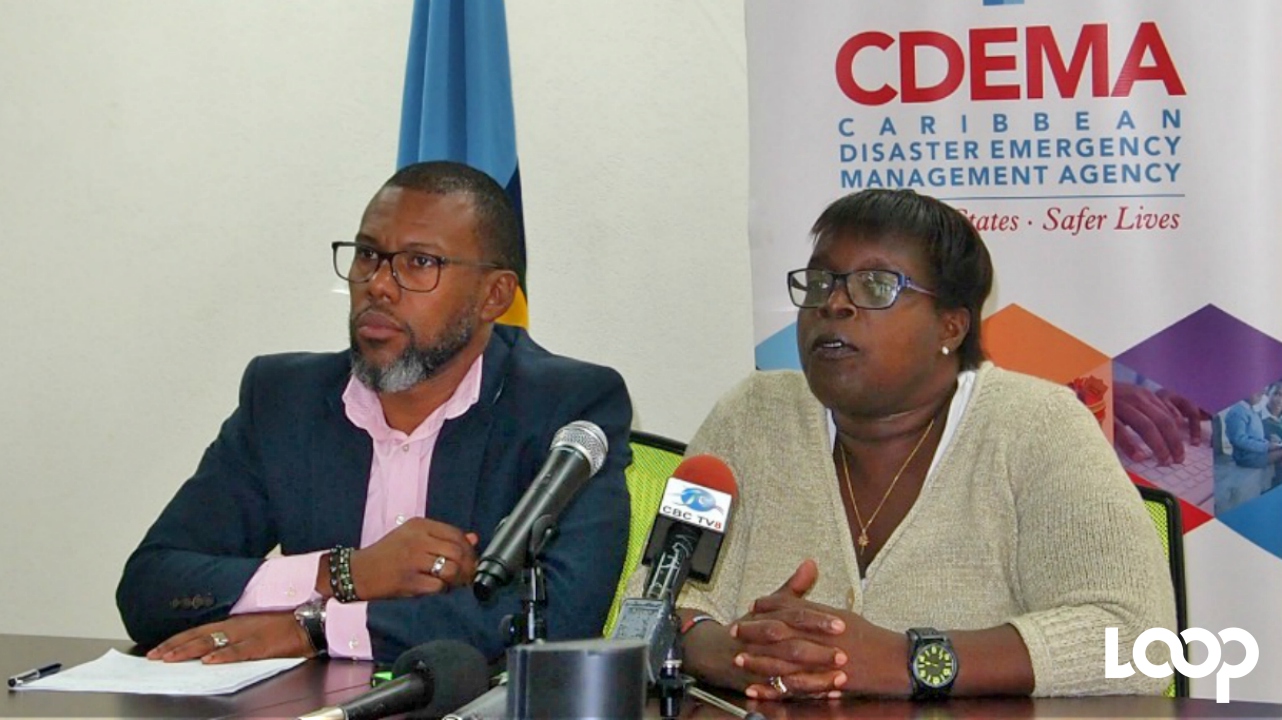 Executive Director of the Caribbean Disaster Emergency Management Agency (CDEMA), Ronald Jackson, and Kathy-Ann Caesar, Chief Meteorologist (Ag) with the Caribbean Institute of Meteorology and Hydrology (CIMH) at a press conference in Barbados this evening.

The 2017 hurricane season has proven to be one of records with Hurricane Irma, at Category Five, setting the record for the strongest hurricane ever to have formed in the Atlantic Ocean.

Now Hurricane Maria has also set a record of her own - having been classified by a regional meteorologist as the quickest developing system, moving from a tropical storm to a powerful Category Five hurricane in the space of a few days.

When Dominica was placed on a Hurricane Watch on Monday, Maria was a Category Two hurricane and by Monday night when she made landfall and pummel the island she was deemed a Category Five, with winds of at least 155 mph.

Speaking at the Barbados headquarters of the Caribbean Disaster Emergency Management Agency (CDEMA) this evening, Acting Chief Meteorologist with the Caribbean Institute of the Meteorology and Hydrology (CIMH), Kathy-Ann Caesar said she has not seen such rapid progression of a system in her professional career.

She explained it only took roughly two to three hours for Maria to intensify, noting conditions in the Atlantic were “very conducive” to the system developing. Further to that, Caesar said weather officials saw a unique pattern of movement with Maria, in that she slowed down significantly when she hit Dominica.

“Once it slowed down then it now got a lot of time to mature and it matured - while moving slower - it matured rather quickly. I think that all the respective specialists would say that the strengthening that we witnessed yesterday was phenomenal.”

If Hurricane Maria remains on its present track and maintains the same intensity, Caesar said it could be as strong as Hurricane Irma.

Executive Director of CDEMA, Ronald Jackson, said the 2017 hurricane season has stunned everyone, from disaster officials to ordinary Caribbean citizens. He suggested the world may be seeing a new and evolved category of weather systems which may continue to devastate the island states.

“We may be seeing a new normal developing. I have never seen three Category Five hurricanes passing through or in near proximity to the Caribbean [and] developing into a major hurricane before they enter the Windward and Leeward chain," Jackson said.

He added now was the time for Caribbean people to adopt a culture of risk management and resilience, as well as to pay special attention to preparedness and planning for disasters.