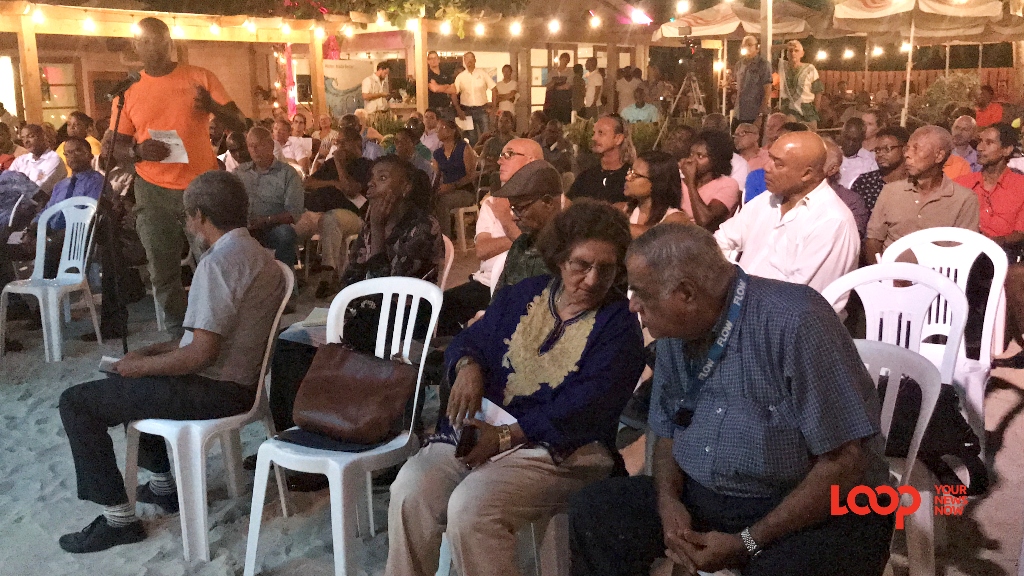 Ram Mirchandis chatting during the public presentation at Copacabana on Bay Street.

Mr Ram Mirchandani is a hurt businessman, and he is using his pain to send a message and warning to all property owners in Barbados.

"I am hurting. We are virtually dead.

"My business has been taken over without paying a penny. Is that fair? Is that the new policy of the Barbados government? No government has ever done this before. They have taken my property and they've taken my business. They've closed down my business... I've been shut out.

"That is the most grievous thing I've ever heard...

"We're hurt. It hurts when you take somebody's property... you just take it over along with goods and so on. Is that fair?"

And thus, he insisted: "All the businesses have to be now beware that your businesses can now be taken over."

At this point his microphone was cut.

Having lost his business Liquidation Centre, which was in existence for over a quarter century, to the government earlier this year, on Tuesday Ram Mirchandani was pleading his case at the public presentation of the proposed Hyatt Ziva at Copacabana.

His outburst and plea came two days after he had to vacate the premises or face the Royal Barbados Police Force. 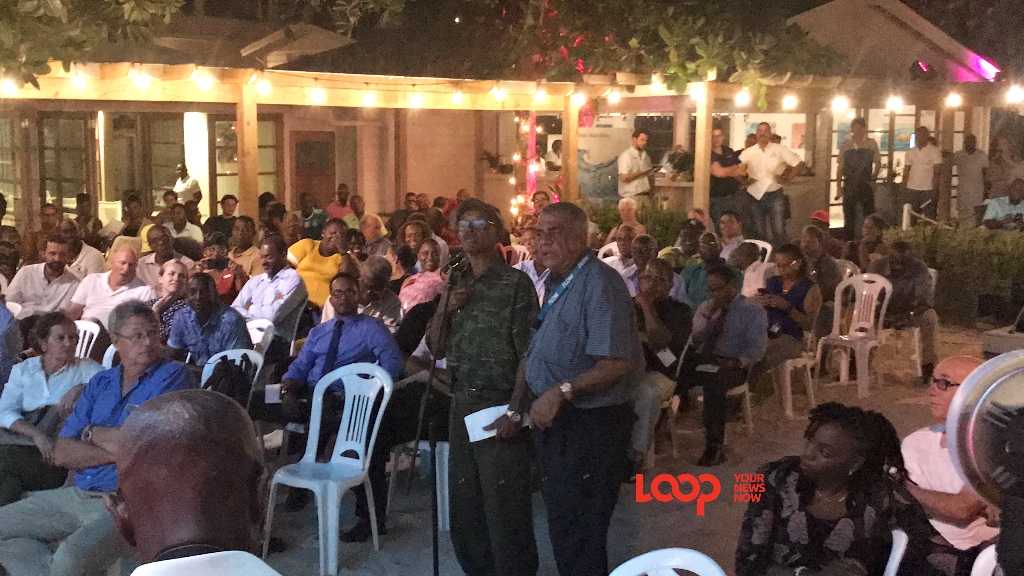 Taking the microphone during another person's presentation at the microphone, he reiterated: "Our business has been grabbed without paying a penny...

"Is that the kind of Barbados we're living in? It's a bloody shame!"

The property which housed Liquidation Centre was acquired by Government through the compulsory acquisition process of Parliament with the notice to acquire having been served on the owners back in March this year.

Subsequently, the Ram Mirchandanis were mandated to evacuate the premises by November 17, 2019.

However, it seems that there has been no compensation even at this stage, according to the cries of Ram Mirchandani.

He continued to lament:

"It has been taken away from us...without paying, not paying a penny.

"Is that the new policy of the government?... I want to know who's suppose to pay for this!"

He questioned the head table of persons representing the Hyatt Ziva and the audience gathered about whether the hotel or government owes him and his family for their property.

Standing at the microphone, he stressed that the lack of payment is the worse part of the whole ordeal. "That is the sad part that never happened before in Barbados, this is the first time.

"Think that is fair?"

To other property owners - home owners, businessmen and land owners - he once more urged: "You have to be careful... they can take away anybody property, grab it, and do not pay a penny. It's a bloody shame.

"Is that the kind of Barbados we're living in? It's a bloody shame!"