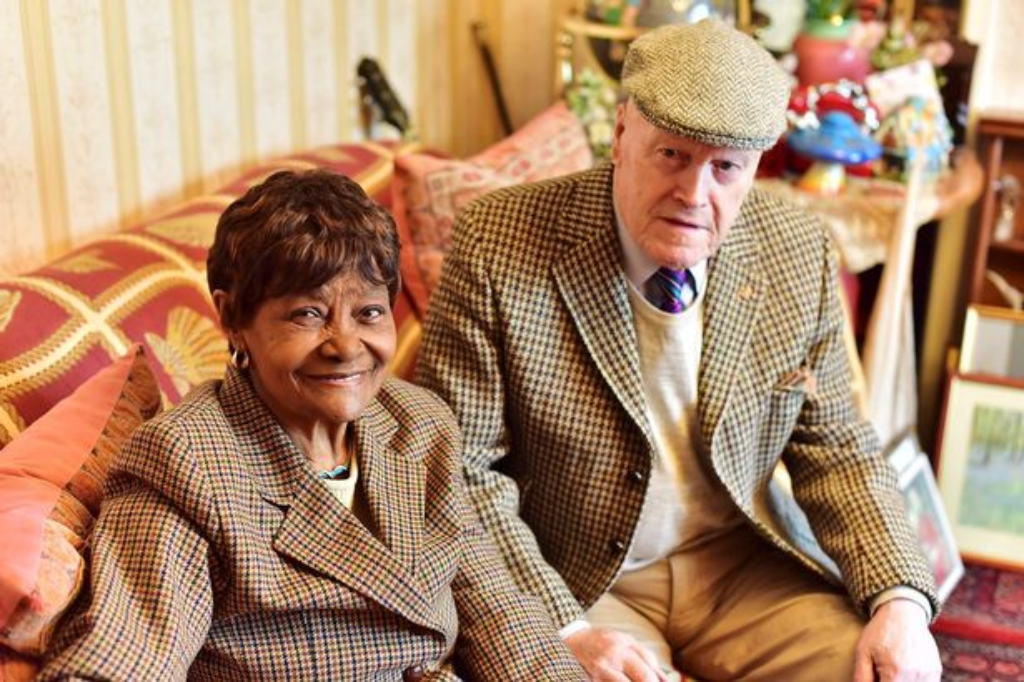 May and Michael Tanner (Source: The Bristol - https://www.bristolpost.co.uk/news/bristol-news/forgotten-pioneer-bristols-real-first)

A husband has convinced his shy wife to set the record in the United Kingdom straight despite the fact that it could mean rewriting history.

It is truly shaping up to be the Year of the Woman in Barbados as yet another Barbadian woman stamps her name in the annals of history.

According to an article in The Bristol, an 85-year-old retired nurse has said that the modern history of Bristol might need to be changed, after she came forward to reveal that she was the city’s first black hospital ward sister.

The modest May Tanner has spoken up 28 years after she retired, after she was encouraged by her husband Michael.

Like many other young women in the Caribbean back in the 50s and 60s, May went over to England as a nurse.  Then May McIntosh, she arrived in Bristol as a teenager from her home in St Lucy at the very northern tip of Barbados in 1956, part of the first decade of the ‘Windrush Generation’ who answered the nation’s call to its former colonies for help to rebuild post-war Britain.

The modern history of Bristol has it that the great equalities campaigner Princess Campbell was Bristol’s first black ward sister, a position she achieved after struggling against the institutional racism of the city’s hospital authorities during the 1960s and 1970s.

Now May, from Southmead, has said she wanted to step forward and correct the record, because she was a sister at the Bristol Royal Infirmary a full eight years before the late Princess Campbell was finally promoted.

She said she does not want to erode the achievements of Princess, who was awarded the MBE for her community work and struggle for the black community in Bristol, but said she thinks she might have been forgotten about because she got married young to a local lad, and simply went to work and came home again.

She had gotten a job at the Bristol Mental Hospital and by 1959, she was a qualified RMN – a Registered Mental health nurse, and in the early 1960s, she cared for a woman from Horfield, whose son Michael had just begun his national service.

“I nursed his mum and I think she liked me because I was kind to her,” said May.

“She invited me for tea, and I went along and in came Michael in his army uniform. He was only about 18, much younger than me. I would’ve been 22. I think it was his attitude I liked. He was very forthright.

“He said first thing, straight out – ‘so are you coming to the cinema with me tonight?’,” she laughed.

“He was quite brazen even. I had known him before, but this won me over, eventually. I even went off to London to get away, but he followed me,” she smiled.

She went to Mile End Hospital in 1962 for a couple of years for more training, and qualified as an SRN.

The couple married on August 17, 1963, in the summer break from her two-year-stint in London. “It was just a few days before Martin Luther King’s ‘I Have a Dream’ speech,” remembered May. “We felt connected to that when we heard it.”

A year later, the couple returned to Bristol and the newly-wed May Tanner was now also qualified as an SCM – a state certified midwife – and worked at the Bristol Maternity Hospital.

Another year later, in 1965, she got a job at the Bristol Royal Infirmary and her qualifications and experience meant she was quickly promoted. She became a Sister there in 1966, a position she held until 1990, when she retired.

As a couple in the early 1960s, they did experience harassment and opposition. “My mum liked her and never said anything when we got together,” said Michael.

“There was aggro in the street and with everything else going on in Bristol. I got the most grief from white people, but nothing really happened because I could fight. If anyone said anything, I would attack, I’d say something, challenge them and they usually backed down and apologised.

“There was once a load of lads on a bus in London giving us grief and I had a go at them, and threw them all off the bus. I wouldn’t stand for anything like that,” he added.

Now 85, May reflected on her life – she now has one son and three grandchildren who are successfully becoming doctors and lawyers - and is thinking about why Bristol appears to have forgotten its early unintentional equalities champion.

“I’m the type of person not to push myself forward,” she said. “In Bristol, I was busy working. I was going to work and coming home, and I was in a professional team and I was part of that.

“I found everybody supportive. In the hospital at least, I didn’t have any animosity,” she added.

Unlike Princess, she was lucky enough that she didn’t have to fight to achieve her position, and was detached from the black community in inner-city Bristol.

“I think one of the reasons would also be that I was married already, I was living initially at Michael’s house in Horfield, and then we moved to Southmead. I was away from St Paul’s, I never went to City Road, maybe that’s why I’ve gone unnoticed by the majority of black people, I don’t know,” she added.

“I just did my job and went home to my family, that was it,” she said.

It is Michael who is now more keen than May to get the history books rewritten. May knew of Princess Campbell, but didn’t think it was right to speak up.

Princess Campbell was a pioneering figure in Bristol’s early and still continuing battle for racial equality. She worked at Glenside Hospital in Fishponds after coming to Bristol in 1962, and was constantly passed up for promotion to a ward sister position.

She decided to stay and fight, and gained more qualifications, and won the support of her colleagues and the wider community during the 1970s. She eventually was made a sister in 1974, but her activism didn’t end there.

She played a key role during the 1980s in setting up United Housing Association, an initiative to help black people find suitable housing, after decades of being turned down by racist landlords.

She went on to be a key member of the St Paul’s community, with roles on the management committee of the Malcolm X Centre, chairing the Golden Ages Club in Easton, and as a member of the Bristol Older People’s Forum in her later years.

She played a prominent role in the commemorations in 2007 of the 200 anniversary of the abolition of the slave trade, and her tireless community work saw her awarded an MBE in the Queen’s Birthday Honours in 2011.

She died in 2015, aged 76, and her funeral was a huge occasion for the whole of Bristol.

“She keeps cropping up in the paper, and that’s fine,” said May. “They say that she was a pioneer because she was the first black sister, but that was me.”

“She did all this without shouting about it. We don’t want to take away from all the other things Princess Campbell did, but I am proud of May and think people should know that she was the first black ward sister in Bristol,” he added.