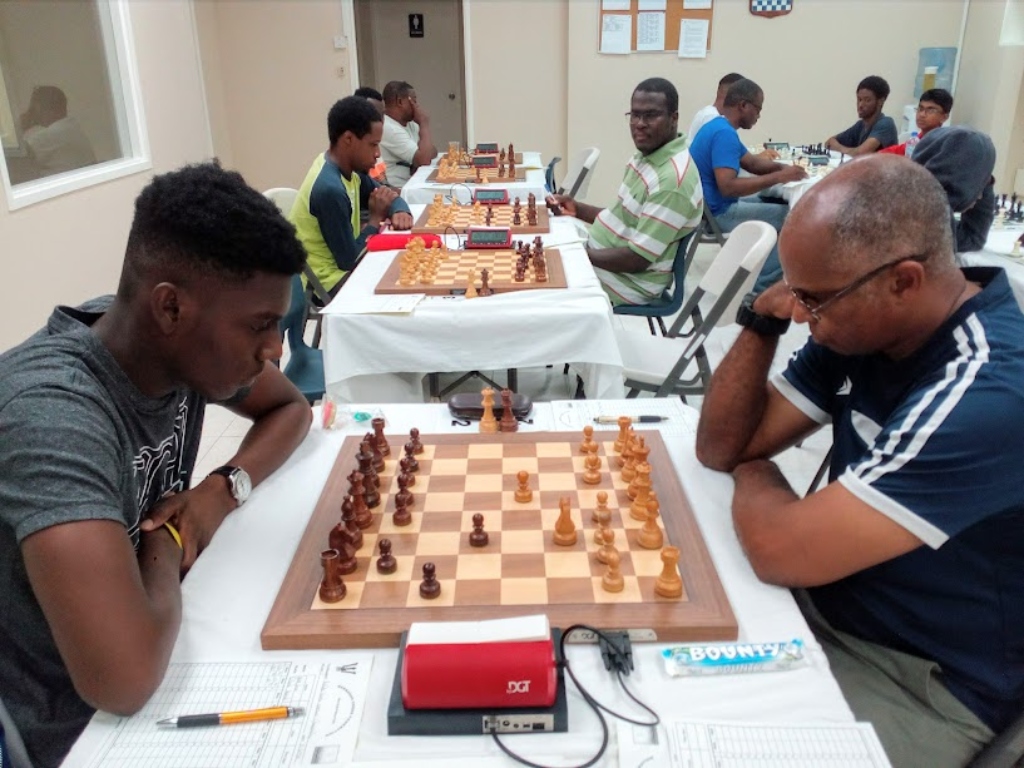 Defending champion Orlando Husbands has an unblemished 5-0 record to establish himself as the leader in the Barbados Chess Federation’s National Championship at the half-way stage of the competition.

Husbands completed a fifth successive victory when the championships continued on Thursday night at the Chess Centre on Exmouth Gap, Brandons and holds a half-point advantage on fellow International Master Terry Farley ahead of the final four rounds of games this weekend.

The 22-year-old Husbands, the island’s reigning national triple crown champion, has scored victories against Justin Kirton, Akeem Cox, FIDE Master Justin Blackman, Othneil Harewood and Mark Lowe in the ten-player tournament which is being played over nine rounds in a round-robin format.

Despite Husbands’ 100 per cent winning record, it remains a close competition with the experienced Farley, the 2006 national champion in second place on four-and-a-half points, followed by Blackman on four points.

Husbands and Farley will battle it out in a key sixth round game on Saturday morning when Blackman will face Candidate Master Bryan Prescod, who is on two-and-half points but has a game in hand. Prescod is in fourth place with Kemp Lynch and Mark Lowe.

Farley’s four wins were against Jonathan Shepherd, Lynch, Kirton and Cox, while drawing with Prescod, and Blackman won against Cox, Shepherd, Lynch and Othneil Harewood. 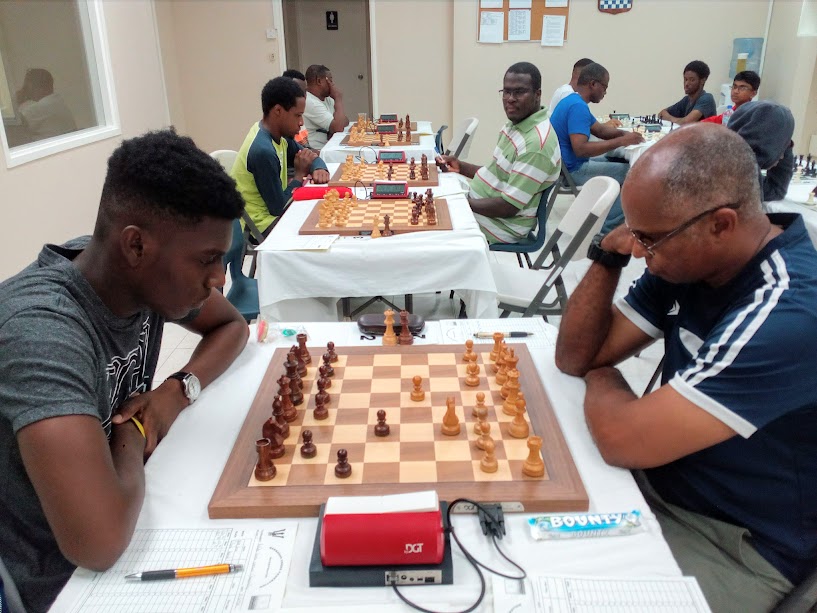 {Photo: Terry Farley (left) is in second place while Bryan Prescod is one of three players in joint fourth. (BCF Picture)}

In the VEXX Tournament open to players who did not qualify for the National Championship, Emar Edwards, well known in road tennis circles, is the leader with a maximum five points.

Edwards, the no. 2 seed, established himself as the favourite to win after defeating top rated Justin Parsons in the third round.

Parsons is in second place on four points, with Stephen Browne in third on three-and-a-half points.

The VEXX Tournament, which is being played over seven rounds, has attracted 15 entrants.  It will conclude on Saturday with the final two rounds, while the National Championship will wrap up on Sunday with the eighth and ninth round of games.

GOT Review: Chess pieces moved around ahead of the 'Last War'