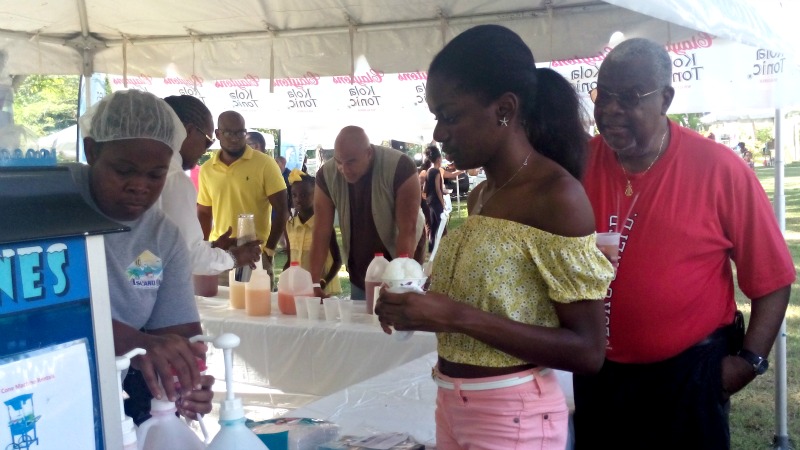 Wolverine Ice Limited Managing Director, Tyrone Browne wants the government to either repeal the National Social Responsibility Levy (NSRL) or consider applying it at the point of sale.

“Fundamentally, I am not against government raising revenue to help with the financial problems of the island but I think that the way the NSR Levy is structure and implemented is going to be very difficult for businesses and I feel that they should have another look at it, perhaps repeal it and maybe increase the V.A.T, it’s 17.5, carry it to 20 or 22 or something so, but I think this tax want repealing,” he told Loop News.

Having raised their own prices from July 1, he said that the levy will “obviously make the product a lot more expensive for customers,” and he said that can be detrimental to businessowners.

Projecting a drop in sales going forward, he said:

“It is going to raise the price of the products that I sell to the consumers and in this depressed market that is not good for business. I don’t think it’s going to encourage confidence in the consumers to buy more, as a matter of fact I believe people will buy less.”

But he insisted that at Wolverine Ice, they are trying to work through all the logistics still, because this tax is being applied to production cost and production cost is inconsistent.

Citing the ebbs and flow in electricity cost as the cost of energy and the fuel charge moves up and down, he said that the companies production costs will continually go up and down as well and it is something that they will have to monitor; “that is going to be a headache.” He said that at present they are working with their accountant to help them deal with the implementation rationally.

With the Minister of Finance constantly asking for suggestions as people complain about the new NSRL, this businessman did just that. Asserting that he is not anti-tax nor anti-government he said there are other ways.

“I personally would have preferred if the tax was added to the bill after sale, rather than to try to grapple to put it on a production cost, because what I guess most businesses will have to do is average what the production cost might be and obviously we are going to average on the side of caution towards the business end. So it is a very inexact way of doing it and I think it is fraught with serious difficulties.”

The company sells ice for snocones, bag ice, products for snocone vendors and he said that already they are seeing differences in the demand and purchases just one week in.