'I'm not going out like a punk': Jamaican kills gunman in Miami 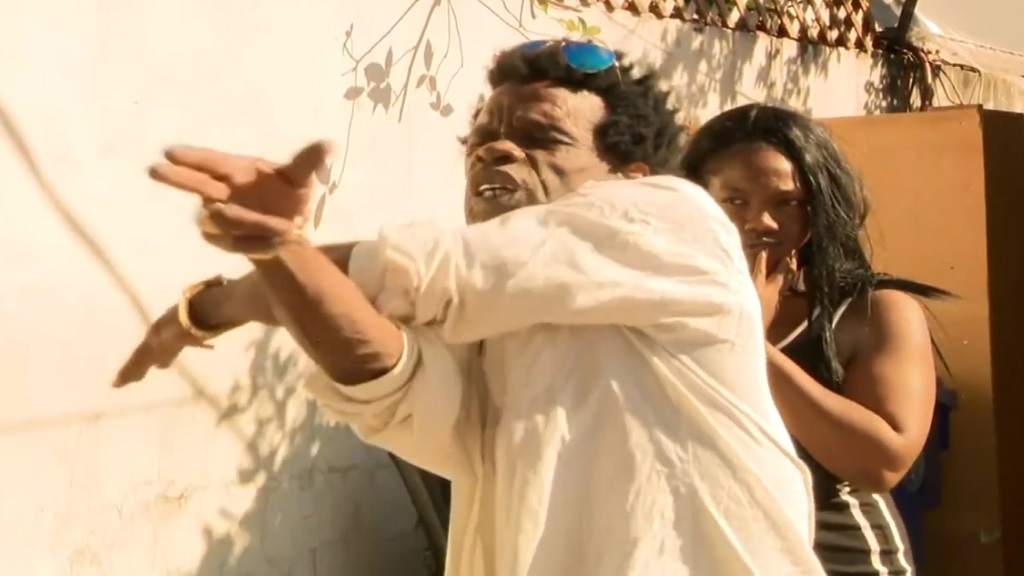 In this screen grab of a CBS4 news report, Donovan Stewart demonstrates how he killed a gunman during an alleged attempted robbery on Monday.

That was the reaction of most Jamaicans to a news clip making the rounds on social media that reported that a 60-year-old Miami man with a heavy Jamaican accent was forced to shoot and kill an alleged gunman who had broken into his van early Monday morning.

The man, Donovan Stewart, claimed that the gunman had attempted to rob him of his jewellery.

“The guy I killed last night, he put an AK-47 to my damn face,” said Stewart.

Stewart told CBS4’S Peter D’Oench that he had to act quickly because he was worried about the safety of his 11-year-old son and girlfriend who were in the van with him.

“I am from Kingston town in Jamaica,” he said, “and I am not going to go out like a punk. So I emptied my Glock in his chest. This man tried to get in my van while I was sleeping and he was surprised to see what I did.”

"Well, he opened the door like this and pointed his AK-47 and I reached around like this and got my gun. That is how I did this to him,” he said, pantomiming his movements from the actual shooting incident.

The scene was played out in a manner that the late indie-cult actor Louie 'Teddy Brukshut' Rankin would have loved. All hail the Jamaican 'Don Dadda'. Stewart claimed to be a member of the NRA.

“So I thought you are you going to kill me so now I have to act quickly because I am trained,” he said. “You know I have a security license, I have a G license and I have a state firearms license and a concealed weapons permit and I have a gun and I am a member of the NRA.”

“I am going to defend my life and those I love,” he said. “My family is innocent and just don’t put an AK-47 in my face. I will not allow that to happen. This guy also hijacked a woman in a van and was found with her car key. He robbed another woman at gunpoint.”

“You want to come looking for trouble,” he said. “Come to me. Come to me. I wouldn’t do anything like this to anybody and they picked the wrong person in this case."

Miami Police Officer Mike Vega said while this appears to be a case of self-defense, the investigation is still open.

“Everyone is cooperating,” he said, “but we still need to receive more information. We need to put this all together and determine what happened.”