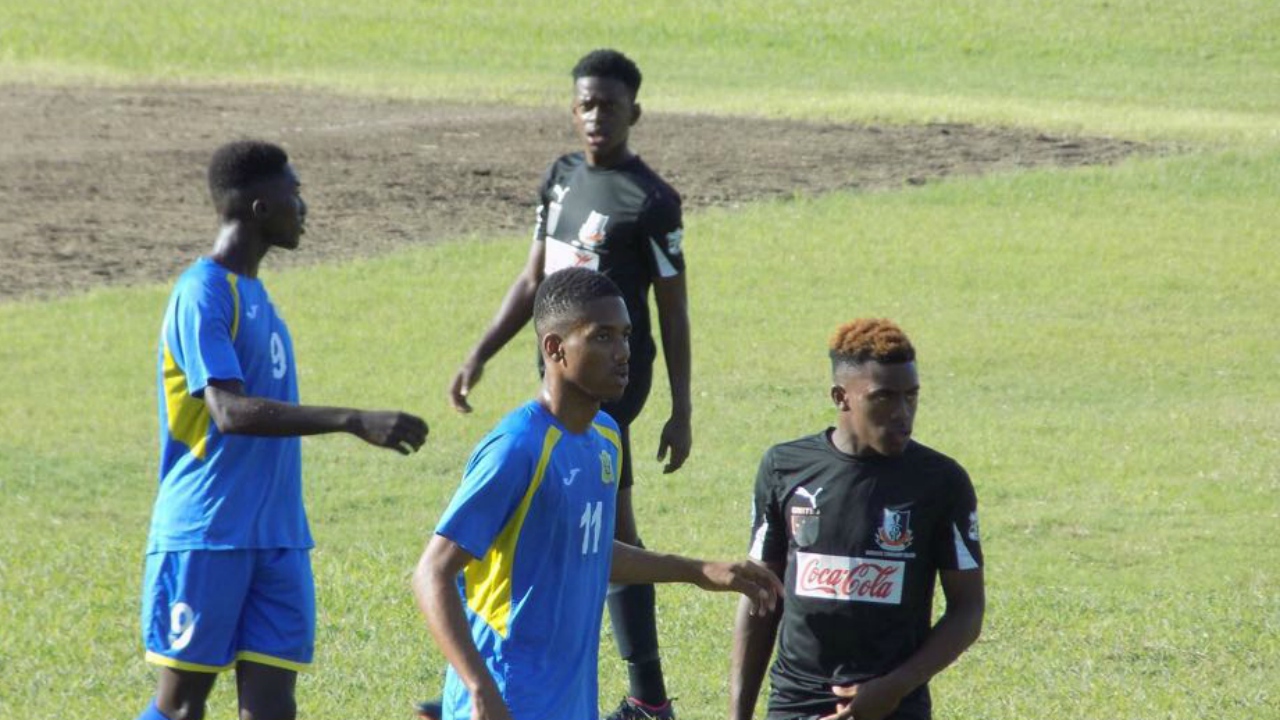 The Samuel Jackman Prescod Polytechnic (SJPP) and The Combermere School have gotten off to impressive starts in the 2017 Barbados Secondary School Football League (BSSFL).

Reigning Cup champions and League One new boys SJPP are at the summit of their division with 10 points from four matches; four of those points coming last week in matches versus the Barbados Community College (BCC) and Christ Church Foundation School.

SJPP were held to a draw in the LOOP Match of the Week versus BCC at the SJPP home ground on Monday. Mario Graham gave the host the lead in the 15th minute, but Zuhri Jones equalised for BCC in the 58th minute.

Senior national midfielder Sheran Hoyte missed the opportunity to snatch all three points for BCC when his spot kick was pushed onto the crossbar by goalkeeper Terry Graham.

SJPP returned to winning ways on Wednesday when they defeated Christ Church Foundation 4-2 at the Pine venue.

Kobe Shepherd netted twice for SJPP, while there was a goal each for Ray Francis and Chad Massiah.

Cliff Gooding-Edghill impressive goalscoring form continued, as he netted for Foundation, Raheim Taitt-Best added the other goal for Foundation.

In League Two action, Combermere share a similar record to SJPP; after four matches played the Waterford lads have accumulated 10 points to sit on top of the league.

Monday at Waterford, Combermere were forced to come from behind to salvage a draw against the Coleridge & Parry School.

National youth cricketer Zidane Clarke managed to convert late in the second half to earn an important point against Coleridge & Parry.

On Wednesday the Combermere School travelled to the Pine to take on a weakened Parkinson School who were missing national players Coby Mayers and Lamario Springer.

Combermere took full advantage of Mayers’ and Springer’s absence as they put 11 unanswered goals beyond their opponents.

Ramon Toppin registered a hat trick and was ably assisted by Devonte Richards and Andre Applewaithe who scored two goals each.

There was a goal each for Maxwell Lewis, Zachary Bellamy, Skeete and Clarke.

Loop Game of the Week (BSSFL) - SJPP vs BCC