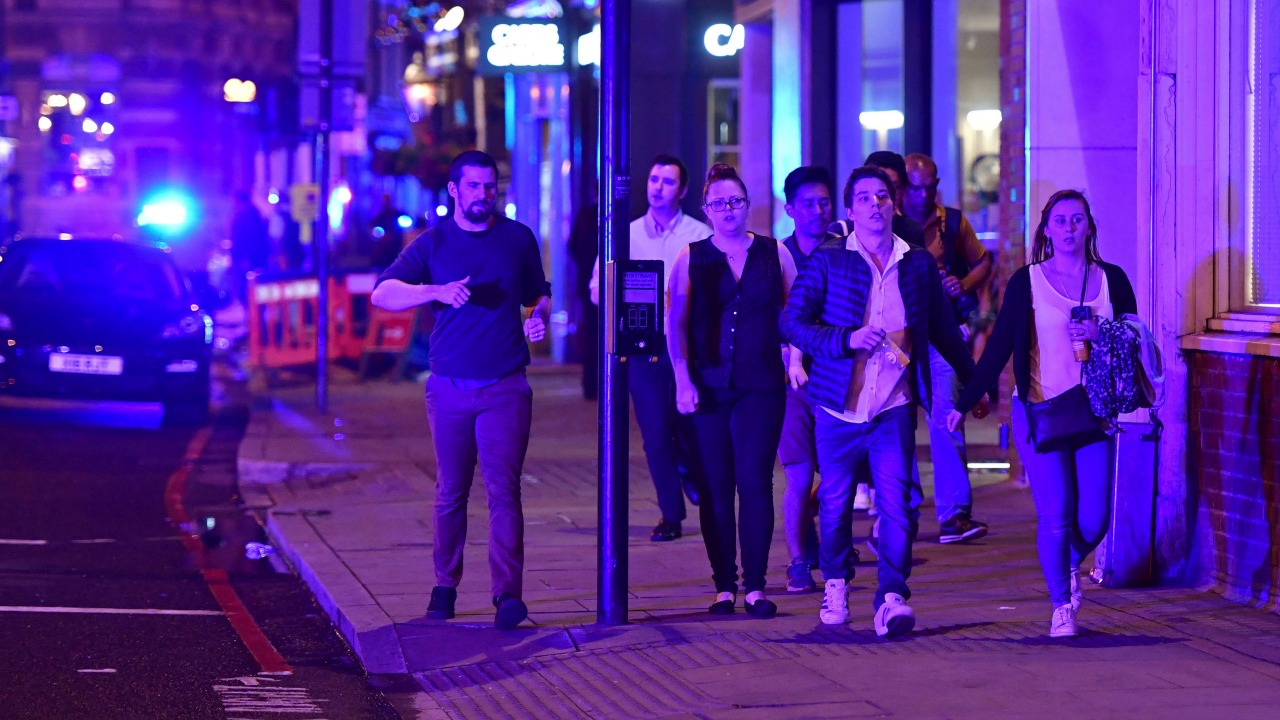 People run down Borough High Street as police are dealing with a "major incident" at London Bridge in London, England on Saturday, June 3, 2017. (Dominic Lipinski/PA via AP)

Police are responding to reports a van has hit pedestrians on London Bridge in central London, England, reports BBC News.

The Metropolitan Police tweeted they are dealing with an incident on the bridge.

We are dealing with an incident on #LondonBridge, when we have more information we will update this twitter feed.

The London Ambulance Service says "multiple resources" have responded to the scene.

Multiple resources attending an incident at #LondonBridge, please avoid the area. Only call 999 in an emergency. ➡️ @metpoliceuk for updates

The Metropolitan Police said they were called just after 10 p.m. (2100GMT) to reports of a vehicle hitting pedestrians on the bridge, which crosses the River Thames in central London.

Soon after, there were reported stabbings at nearby Borough Market.

The force said armed officers were sent to the scenes and shots were fired. They did not say if officers fired the shots.

Police also said they were responding to another incident in the Vauxhall area, over a mile away.

The force tweeted a warning telling people in the area to run to safety, hide and then call police if it is safe to do so.

About two hours after the first reports of an incident, television images showed people walking away from the London Bridge area with their hands on their heads. Police tweeted that Londoners should "remain calm but be alert and vigilant."

Nick Brandon of British Transport Police said the force had received reports of "multiple" casualties in an incident possibly involving a knife and a vehicle. He said he did not know how serious the injuries were.

Multiple witnesses reported a vehicle veering off the road and hitting several pedestrians; others also said they saw a man with a knife.

Another witness, Will Heaven, said he saw people who appeared to have been hit, and one being put into an ambulance.

He added that "it did not look like an accident", saying it was clear that police "thought they were responding to something far more serious than a road traffic accident."

Transport for London said busy London Bridge station and two others were closed at the request of police.

Prime Minister Theresa May's office said she was "in contact with officials and is being regularly updated." Downing St. said she would chair a meeting of the government's COBRA emergency committee on Sunday.

The incident happened on a warm Saturday night in a busy area full of bars and restaurants.

It comes less than three months after an attacker ran down people with a vehicle on Westminster Bridge, killing four, then stabbed a policeman to death outside Parliament.

On May 22, a suicide bomber killed 22 people and injured dozens at an Ariana Grande concert in Manchester. After that attack, Britain's official threat level from terrorism was raised to "critical," meaning an attack may be imminent. Several days later it was lowered to "severe," meaning an attack is highly likely.