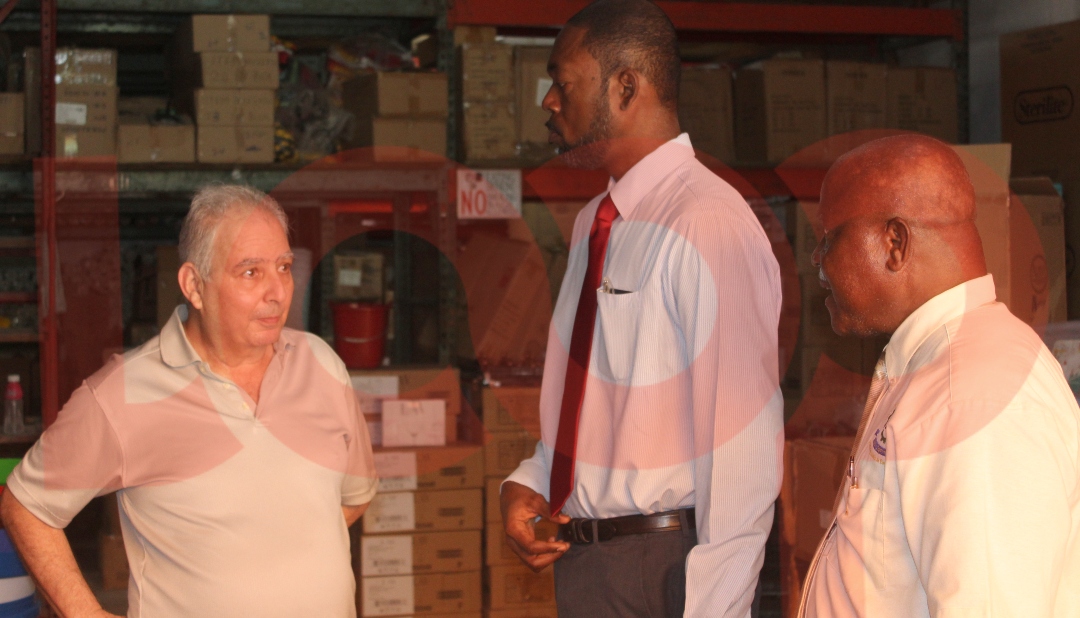 The Ministry of Labour has put stores in Bridgetown on their guard, alerting them that more inspections will be carried out to ensure they are not in violation of the Health and Safety at Work Act.

Minister Jordan, along with representatives of the Labour Department, visited stores on Tudor Street and Swan Street this morning as he wanted to see “first-hand” the conditions under which workers are operating.

The Minister said over the past ten months the Department has visited hotels, restaurants, data processing businesses and factories and the visits will continue regularly to ensure workers safety is being taken seriously by employers.

Referencing the Campus Trendz incident which claimed the lives of six young women after the Tudor Street store was robbed and firebombed in 2010, Jordan said the Ministry is hoping store owners have not become complacent.

“Sometimes people don’t learn lessons … this visit is to ensure that workers who populate these places in Tudor Street and the Swan Street area have the benefit of working in a safe space and healthy environment.”

Jordan admitted there were some businesses that have, for a long time, been allowed to operate below the recommended standards, however, going forward he noted the Department is hoping to address these issues.

"There are always gaps, some more egregious than others. We hear from people in all areas from time to time. Resources are the challenge in terms of going out to make those assessments and interventions. Sometimes the question is asked when an issue comes up, how comes you were able to find somebody to send.

To me that is a disingenuous question because when there is an emergency, you pull resources from where ever to address it... we will be a bit more methodical in how we approach inspections going forward.”

The Minister and his team visited House of Deals on Tudor Street and Abed’s on Swan Street.

Employees not obligated to work overtime hours during Xmas season