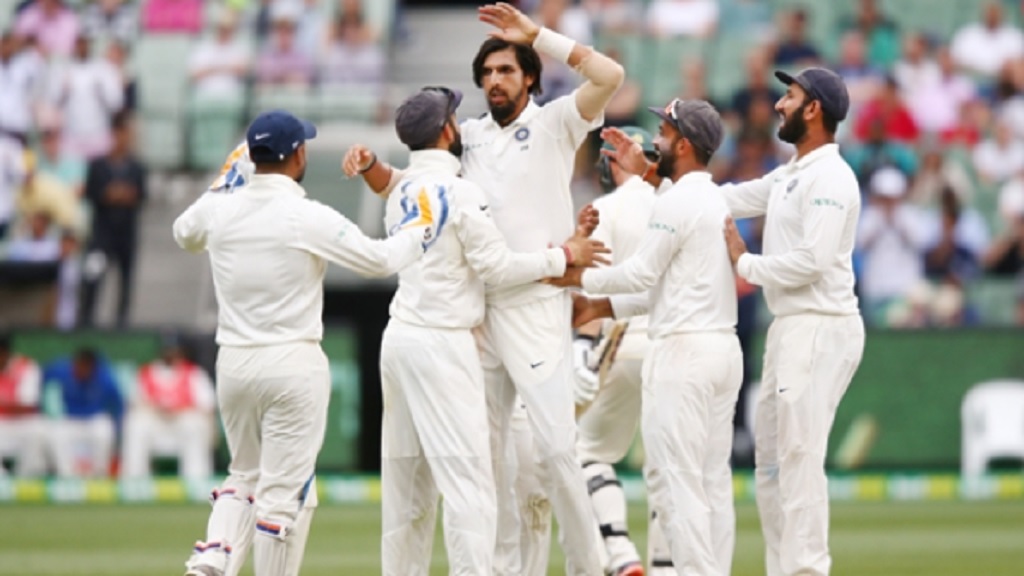 India retained the Border-Gavaskar Trophy after wrapping up a 137-run win over Australia in the third Test in Melbourne on Sunday.

Rain delayed the start of play at the MCG on day five, but India quickly took the two wickets they needed to grab a 2-1 lead in the four-Test series.

Jasprit Bumrah (3-53) had Cummins caught at first slip by Cheteshwar Pujara before Lyon edged behind off Ishant Sharma (2-40).

The fourth Test starts in Sydney on Thursday and India are on track to win a Test series in Australia for the first time.

After winning the toss and batting first, India's 443-7 in the first innings proved to be decisive as the MCG pitch deteriorated.