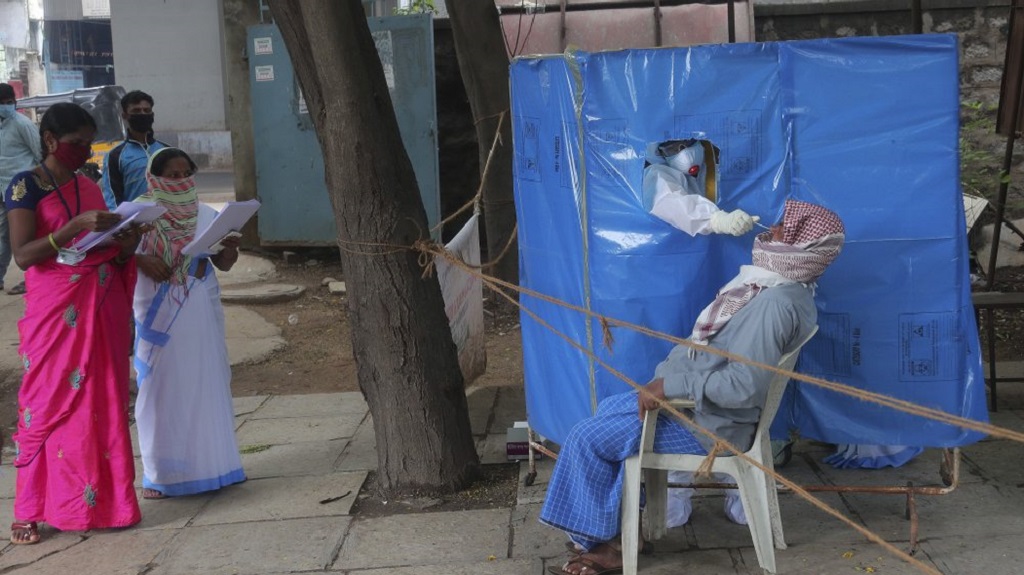 India's coronavirus caseload topped 3 million on Sunday, with the country leading the world in new infections as the disease marched through impoverished rural areas in the north and the wealthier but older populations of the south.

Cases have leveled off in India's two largest cities, with serological surveys showing widespread prevalence among the residents of the capital, New Delhi, and financial center Mumbai.

New hot spots continue to feed surges in cases in rural areas of Uttar Pradesh and Bihar states in India's north, and in the southern states of Telangana, Karnataka, Tamil Nadu and Andhra Pradesh.

India has the third-highest caseload after the United States and Brazil, and its 56,706 fatalities are the fourth-highest in the world.

COVID 19: Through the eyes of an Indian living in New Delhi

Fauci: Next few weeks critical to tamping down virus spikes