Inniss: DLP has only just begun 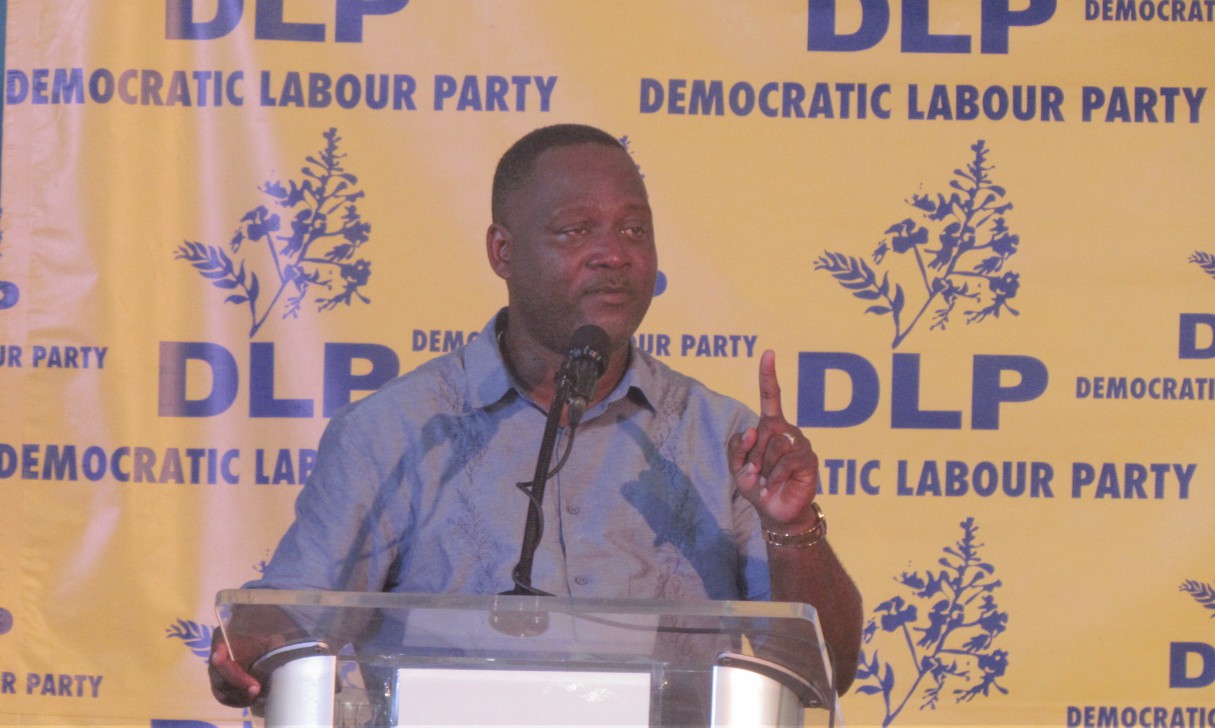 The Democratic Labour Party (DLP) is more than confident that come 2019, they will emerge victorious in the General Elections. On Sunday the DLP held a political meeting at the Alexandra School attended by many party supporters where Minister of International Business and Member of Parliament for the St. James South constituency, Donville Inniss delivered a message to those who no longer held faith in a DLP government.

“And when they say we have had two terms and that is enough let me tell you something: we have only just begun.”

Inniss sought to defend the tax measures implemented by the Minister of Finance this past year,  particularly the National Social Responsibility Levy (NSRL), saying it was a necessary evil if Barbadians expected to continue to access social services. Inniss said it was no secret government was having its fair share of challenges in managing the unstable economic environment but he urged party supporters, when the time came, to continue to stand behind the DLP.

“These are no ordinary times, Barbados is at a cross roads and you as members of this party have to decide which direction you will take this party.  Not just the party but the country. Yes there are challenges, yes the statistics reflect our challenges in the economy… we haven’t gotten everything prefect yet.”

Senator Verla DePeiza, in her address on Sunday night, also sought to defend the DLP policies, this time in education. DePeiza said government’s decision to implement self paid tuition fees at the University of the West Indies (UWI), Cave Hill Campus was a wise one as it would push more young ones to pursue education in the technical and vocational fields. She said the DLP will continue to focus on the advancement of education in Barbados.

Echoing similar sentiments to her colleague, DePeiza also urged party supporters to stand behind the DLP.

“This work is not complete. This Democratic Labour Party (DLP) administration requires more time from you to finish our work. And we set ourselves up to face the electorate again, in full understanding that when questioned, we have the answers for what we have done.”

UPP: Increase port security and give them more power to search