An inside look at the singing Leacock family 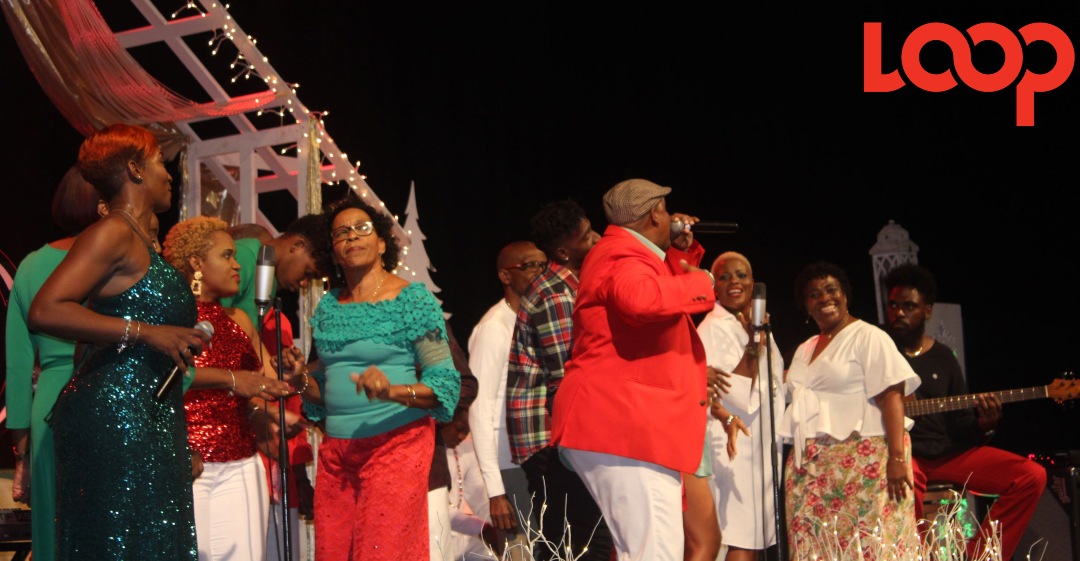 There is way more to the Leacock family than their majestic voices. Collectively, they exude a spirit of love and togetherness that embodies what family is all about.

In a candid interview, after their appearance at the Christmas edition of Mahalia’s Corner recently, the family gave Loop some insight into their preparation for the event as well as a glimpse of what it’s like being a member of the Leacock household.

It took the family who sings together approximately six rehearsals to compile their selections for the Corner. They brainstormed what would be sung and who would deliver each tune at the first rehearsal.

Their preparation came “easy so,” as summarized by Nikita, for the family who has a rich musical tradition. Approximately half of the 16-member clan that graced the stage at Mahalia’s Corner also lent their voices to their respective church choirs. A choral response of “it’s very easy and natural,” was given when asked what is was like singing together. Even eight-year-old Daniel said it was great to perform with his family members and he had no challenge recalling the words for the song when his moment to shine came- a testament that showmanship is part and parcel of this family.

The appearance of the soulful clan has been a long time in coming. Mahalia of 2 Mile Hill said the family embodied the vibes and energy that the Corner wished to bring, especially at Christmas time.

“Apart from having Nikita be like a sister to me, a sister in music, a sister as a person, I would have grown up watching Aunty Carolyn, watching Jan, watching James, getting to know these guys over the years, on social media, seeing them at Christmas singing together and it really was a no-brainier to have them here.”

Tears which flowed throughout their set were very much real as the 'Orange-haired Songbird' Nikita jestingly indicated that the loss of her eyelashes were proof of such. Many family members lamented the absence of ‘Uncle James’ as the catalyst for the teardrops which freely flowed, as he was the one member missed during their emotional family reunion on stage. Nikita’s mom Veronica would go on to admit that it was very easy for members of the Leacock family to cry, although all thumbs would playfully identify her as the main culprit.

Apart from food and songs, the Leacock family practices a tradition of gratitude. They gather for lunch on Christmas Day at the home of a selected family member, with each person bringing a gift for someone else. The children of the family are expected to show their gratitude to whomever presents them with a gift. In recalling how it works, stalwart of the family Carolyn stated, “after eating a mountain of food, we end up opening a mountain of gifts. Every child who gets a gift has to go to the persons who gave them that gift and kiss them. That is our one tradition.”

Nikita’s husband, Kevin Herbert was not to be left out of the family chit-chat. As he cradled their son Knox on the sidelines, the newest addition to the family, he was challenged to show he could cement his place among the melodious multitude. Initiated by wife Nikita, Kevin playfully shared a short interlude of the song “Merry Christmas to You”, demonstrating that he could in fact hold a key, amidst cheers and bouts of joyous laughter from the family.

One thing that was clear by the end of the interview, the Leacock family has just what it takes to continue bringing smiles to faces, both on and off stage.