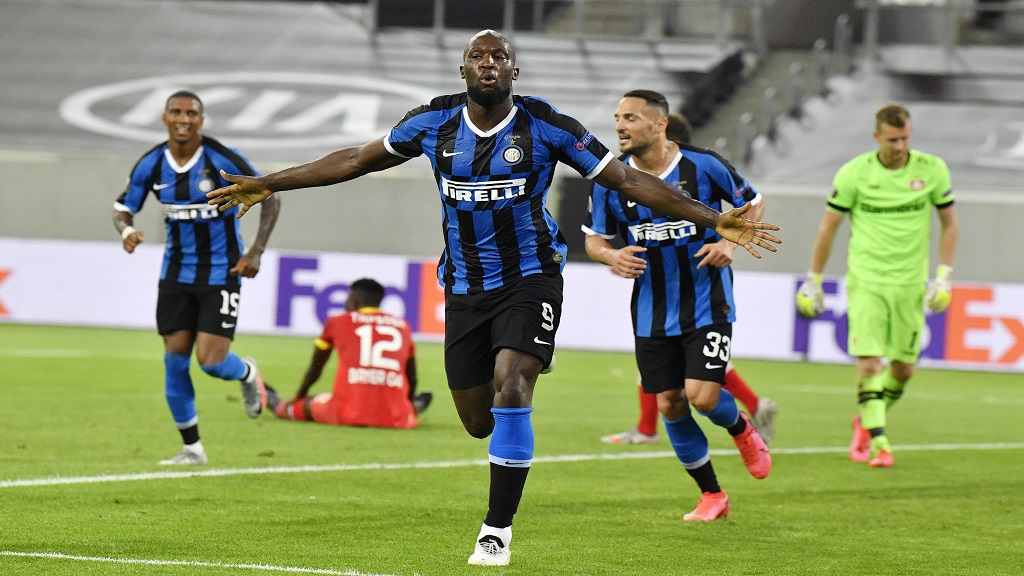 omelu Lukaku scored one goal and set up another as Inter Milan defeated a tenacious Bayer Leverkusen 2-1 to reach the Europa League semifinals on Monday.

Lukaku was the driving force from the start, imposing himself on the game and disrupting the Leverkusen defense to keep Inter in the hunt for its first trophy in nine years. Inter last played a European semifinal on its way to the Champions League title in 2010.

“We are growing but we have to learn to kill games off when we have the chances to do it, and we didn’t tonight," Lukaku said. “Now we have time to recover physically and prepare for another great game.”

When Nicolo Barella gave Inter the lead in the 15th minute it was off a rebound from a shot of Lukaku's which had been blocked. Six minutes later, Lukaku scored after a link up with Ashley Young, even though he was falling as he hit the shot while battling a defender.

Just as Inter threatened to overwhelm Leverkusen, the German team kept itself in the game. Kai Havertz played a one-two with Kevin Volland and fired the ball past goalkeeper Samir Handanovic to cut the gap to a single goal four minutes after Lukaku scored.

A video review stopped Inter extending its lead, overturning a penalty given for handball against Leverkusen left back Daley Sinkgraven. Leverkusen pushed hard to level in the second half but that opened up chances for Inter and Leverkusen goalkeeper Lukas Hradecky was called on to make repeated saves.

The game could prove to be Havertz's last for Leverkusen. He has been strongly linked with a move to Chelsea and Leverkusen previously said it would hold off on any transfers for the duration of the Europa League campaign.

For Leverkusen it was another near miss in a season filled with them. Leverkusen missed out on a Champions League spot on the last day of the Bundesliga and lost the German Cup final to Bayern Munich last month.

“It's a shame that we couldn't take that final step,” right back Lars Bender said. “We gave everything.”

Inter plays Shakhtar Donetsk or Basel in the semifinals om Aug. 17. The Ukrainian and Swiss clubs play their quarterfinal on Tuesday.