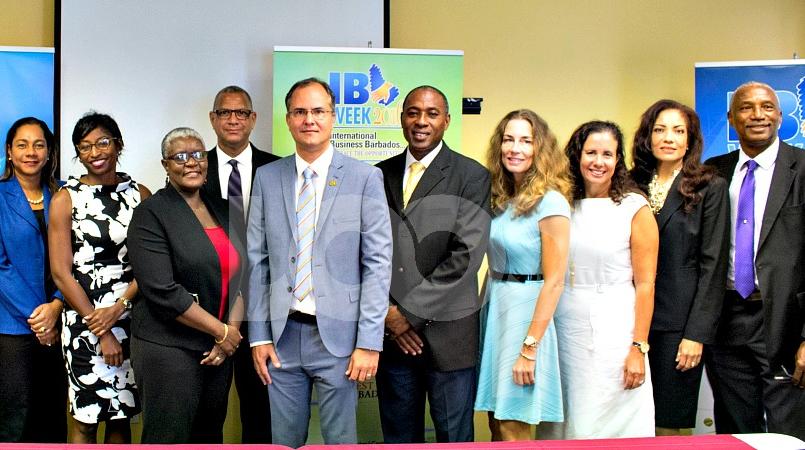 President of Barbados International Business Association (BIBA), Gregory McConnie, says focus needs to be paid on the diversity of opportunities derived from the international business sector.

According to him, while the International Business Sector directly employees over 4,000 people, of which about 90 per cent are Barbadians, the spin-off benefits create opportunities for taxi drivers, couriers, security firms and restaurants and others.

“It contributes over 60 per cent of the total corporation tax collected by Government and this sector is the most reliable and consistent earner of foreign exchange for Barbados,” he noted.

While highlighting the rather impressive figures and noting that there is reason to boast of the sector’s contributions, the BIBA President says the upcoming week of activities is about drilling past the numbers to illustrate to the public what the sector and its contributions mean to the average person.

He says they intend to work on debunking the myth that the sector mainly employs and benefits non-Barbadians.

This is a message that will be taken to the youth through the Secondary School Symposium carded for Tuesday October 18 at the Lloyd Erskine Sandiford Centre and also at the Careers Showcase at the University of the West Indies on Wednesday October 19.

Through their Public Discussion Forum slated for the night of Tuesday October 18, BIBA will be seeking to remind Barbadians that international business does not take place “on some rock off Barbados”.

McConnie emphasised that the sector must be seen as an integral player in the country’s economic survival as it helps to stabilise foreign exchange reserves, curb the brain drain by providing rewarding and fulfilling employment, whilst contributing to the financing of Government’s social programmes such as education and public health.

The week of activities which runs from October 16 – 22 is being held under the theme, “Embracing the Opportunities.”

Other events include a church service on October 16, an International Business Conference October 20-21st and The BIBA Charity 5k Fun walk and run on October 22nd 2016.