Young Bajans tired of being ignored 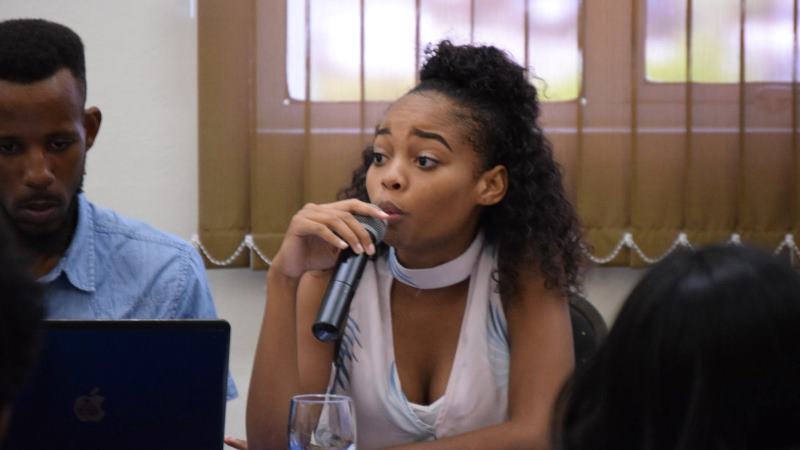 Young people are sometimes invited to have a seat at the table but their voices still are not heard. As a result, the Internet has become the place where young people assert themselves.

This was the position of Krystal Hoyte, Vice President of the Barbados Youth Development Council (BYDC) and one of the panellists at the Internet Governance Forum discussion on Internet and Governance – Democracy and Economy.

She said that even though young people are weighing in on serious issues online, their opinions are not taken seriously and their many tweets or Facebook posts hardly attract attention.

"The only time something goes viral is when we are fighting and somebody posts it online. Positive things from young people don’t make front page and that is why we are trying to use our Internet to create a voice.”

Fellow panellist, economist Jeremy Stephen, who has a steady following for his Facebook Live videos weighing in on various topics, suggested that if young people want to effect change, they need to organise.

“It doesn’t have to come through a body; it just has to come through persistence,” said Stephen, who noted that despite speaking publicly on economic issues for some time, he was only recently being seen as an influencer.

Social media erasing the line between private and work life