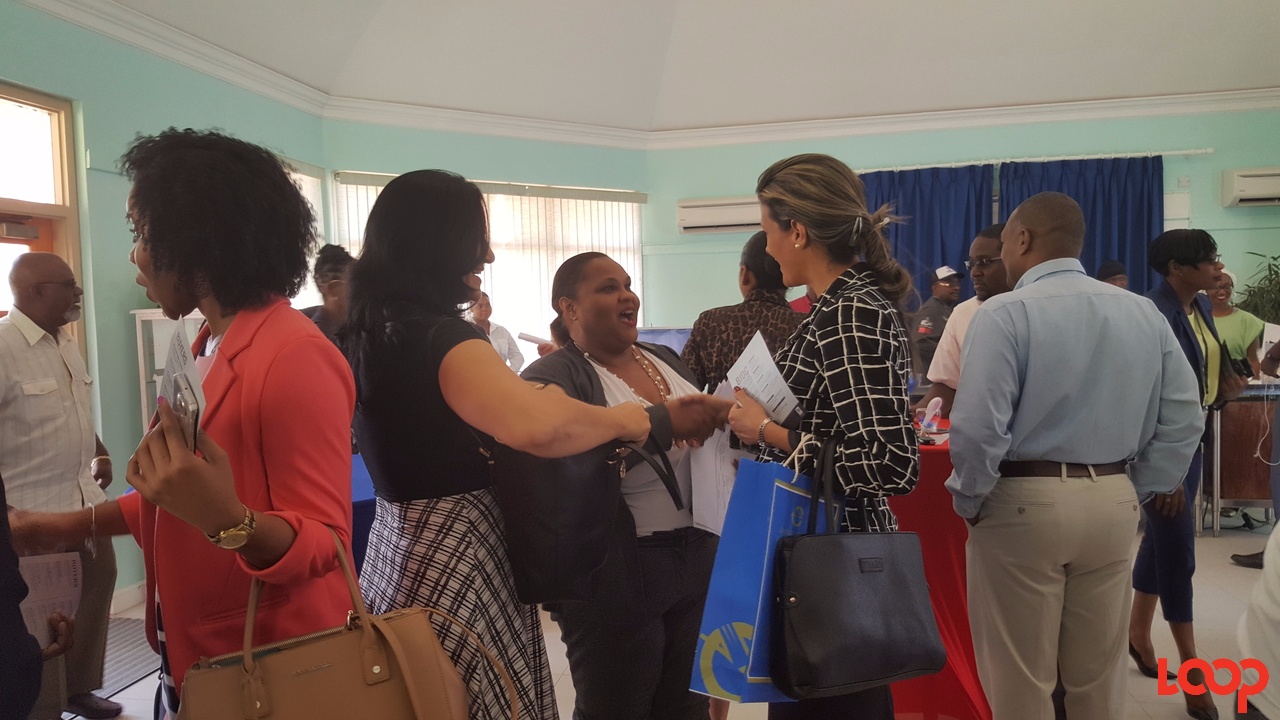 The Buyer's Brunch had lots of networking.

Caribbean governments should definitely put money and support into their manufacturing sectors.

Noting that in some territories, tourism is not seen on par with manufacturing, Export Coordinator for Seprod Limited in Jamaica, Judith Johnson told Loop News:

“It is unfortunate and I do notice that Caribbean governments including ours tend to focus on tourism.

“Tourism is personality driven. If your country has a personality that people like, for a season they are attracted to it. They only can go there two or three times and get the premium experience out of it. They will always be searching for other places.”

And she said that if skilled workers can travel between countries freely and without hassle, it would be better facilitate manufacturing across the region.

She said, “With our open borders and people coming across for work, we would be able to source labour within the region, quality labour, so you don’t have to go outside the region. The development is in manufacturing, and in training to be able to build the region.

“So the focus should be on both and not one over the other.”

Speaking to the input into the sugar industry in Jamaica, she said that her company works with Golden Grove sugar and they are happy to report advancements in the sector.

“We have been working on that. We have recently invested in improving the factory innovation, bringing in new equipment and so we’re able to turnout higher yields and better quality sugar.”

Johnson is one of the regional buyers who participated in the Barbados Investment & Development Corporation (BIDC) Buyer’s Programme Brunch and Showcase at Bagnall’s Point Gallery in Pelican Village, Bridgetown.

Also on island for the Brunch and Showcase as well as to attend the weekend’s Barbados Manufacturers’ Exhibition (BMEX), are buyers from the United Kingdom, Panama, St. Lucia, Cuba and USA.

BMEX exhibitors warned: pay up before you set up