Iran Revolutionary Guard shoots down US drone amid tensions 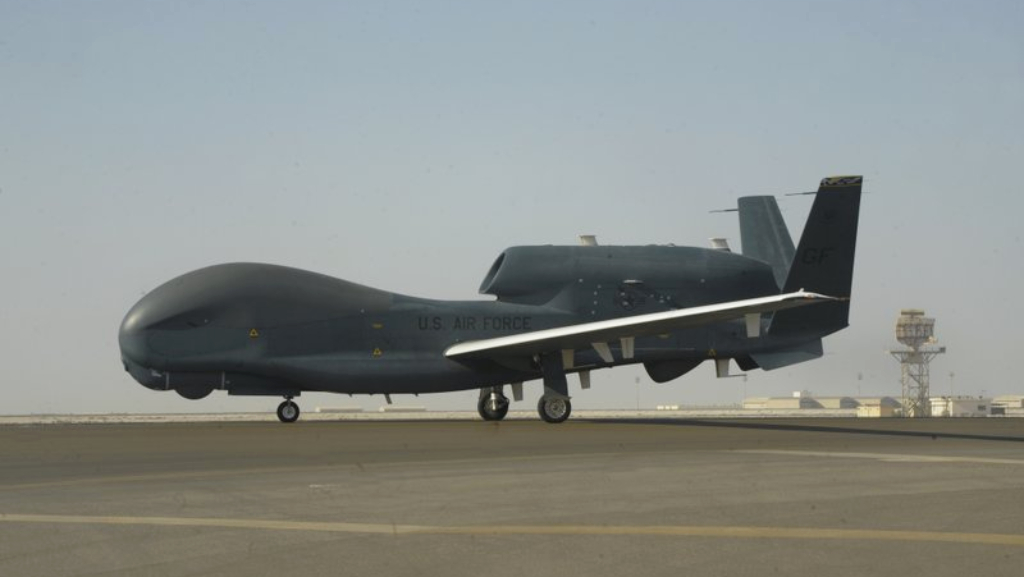 In this Feb. 13, 2018, photo released by the U.S. Air Force, an RQ-4 Global Hawk is seen on the tarmac of Al-Dhafra Air Base near Abu Dhabi, United Arab Emirates. Iran's Revolutionary Guard shot down a U.S. RQ-4 Global Hawk on Thursday, June 20, 2019, amid heightened tensions between Tehran and Washington over its collapsing nuclear deal with world powers, American and Iranian officials said, though they disputed the circumstances of the incident. (Airman 1st Class D. Blake Browning/U.S. Air Force via AP)

Iran’s Revolutionary Guard shot down a U.S. drone on Thursday amid heightened tensions between Tehran and Washington over the collapsing nuclear deal with world powers, American and Iranian officials said, though they disputed the circumstances of the incident.

The Guard said it shot down the RQ-4 Global Hawk drone over Iranian airspace, while the U.S. said the downing happened over international airspace in the Strait of Hormuz. The different accounts could not be immediately reconciled.

Previously, the U.S. military alleged that Iran had fired a missile at another drone last week that was responding to the attack on two oil tankers near the Gulf of Oman. The U.S. blames Iran for the attack on the ships; Tehran denies it was involved.

Trump: Iran a 'nation of terror,' was behind tanker attacks