It's no 'prank' - Flatt excited to be shopping for free 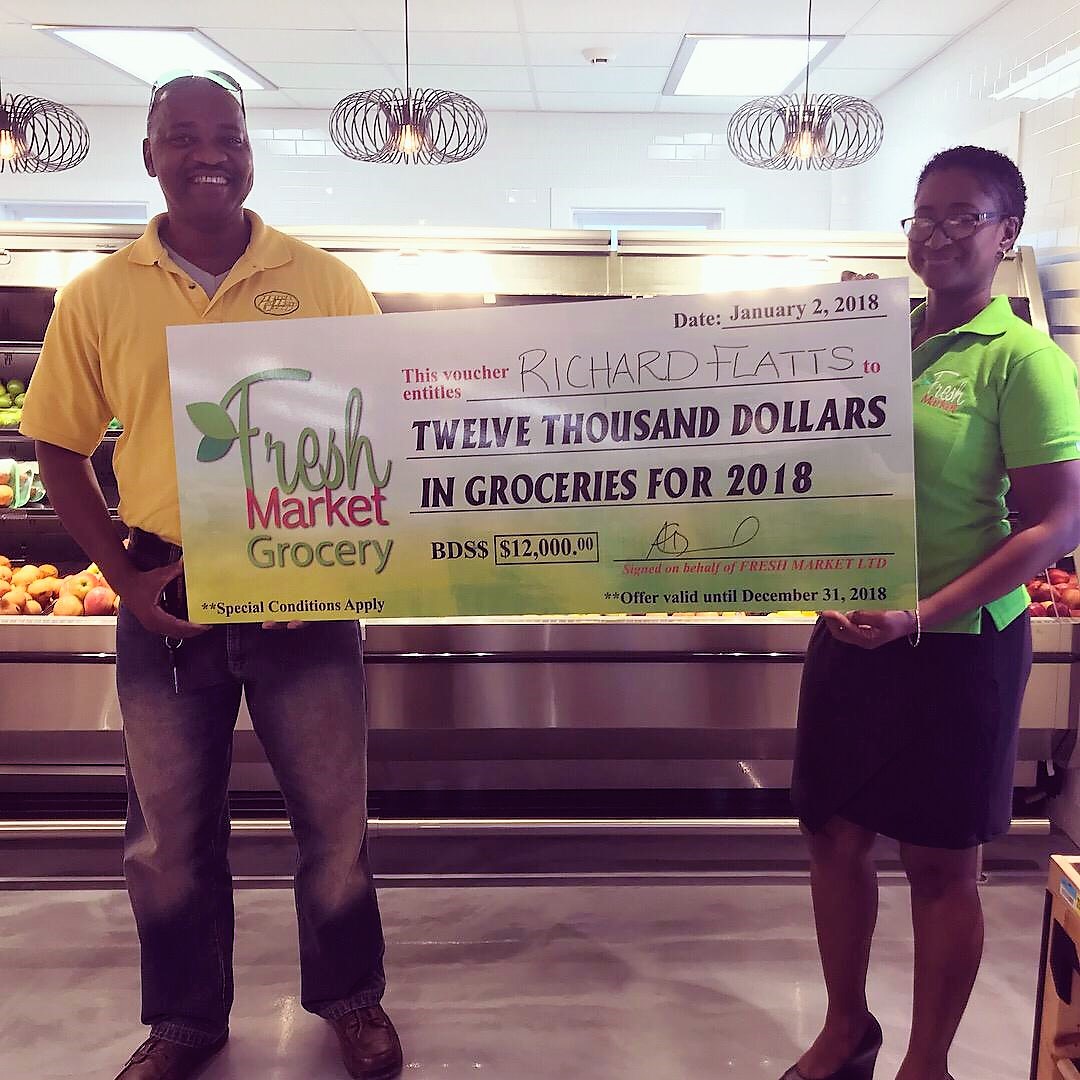 It may have started out as any other day for Richard Flatt, but it certainly did not end that way.

Richard Flatt had an exciting start to the year when his name was drawn as the winner of $12, 000 in free groceries from Fresh Market Grocery. In fact, he didn't even believe it was true when he was first told he had won:

“The feeling didn’t really kick in because I thought it was a prank, but after everything was really confirmed then the feelings really came out. I’m very excited to be shopping here, it is a wonderful place and I will continue shopping.”

While the winner's draw took place this January, the competition began in November 2017, to commemorate the Fresh Market's first anniversary and continued into December. And there is also a fresh new drive for more contests at the Market. As Angela Edmund, the accountant there explained, the good response to the ‘Shop For Free” Competition has motivated them run more competitions in 2018.

Noting that the Fresh Market is still young,  she stressed that the team is always looking for input from customers as to what new items they would like to see on the shelves:

“We’re actually hoping to get customers telling us some of the stuff they would like to see.

"We aim at looking to get the best products at the best prices. We’re still young but once we get the word out there, this is an excellent atmosphere, it’s very clean, the staff is very friendly, so we’re looking forward to seeing more people coming in and shopping with us because it’s an excellent place to shop.”

In addition to the recently concluded in-store competition, there was a social media contest, which saw two winners - one in November and one in December. Each person won a bicycle and $250 in shopping vouchers from Fresh Market.