Rihanna’s Met Gala 2017 look broke the internet back in May, when she arrived to celebrate the Costume Institute exhibition “Rei Kawakubo/Comme des Garçons: Art of the In-Between,” the singer wore a Comme des Garçons look, straight off the Fall 2016 runway, that was an architectural wonder.

And for Halloween 2017, JaiDOTfoot brought the look back to life with her craft skills, scissors and resources.

“The most challenging part about this was I only used poster board, glue, fabric and scissors with no formal training. I still did my best and Bae is proud!...

The semi-finished costume was posted October 28, 2017, on her Instagram page and the next day it was posted on one RiRi’s fan’s pages and the songstress herself liked it.

Jair reacted, “Sooooo Rih liked my picture on one of her fan pages. It’s official that I DID THAT. thanks @phuckyorihanna_ for the feature”

Reposted on another fan site 'Stayfenty' with the caption: 'Literal Halloween Costume Goals'. The post got over 1 000 likes. 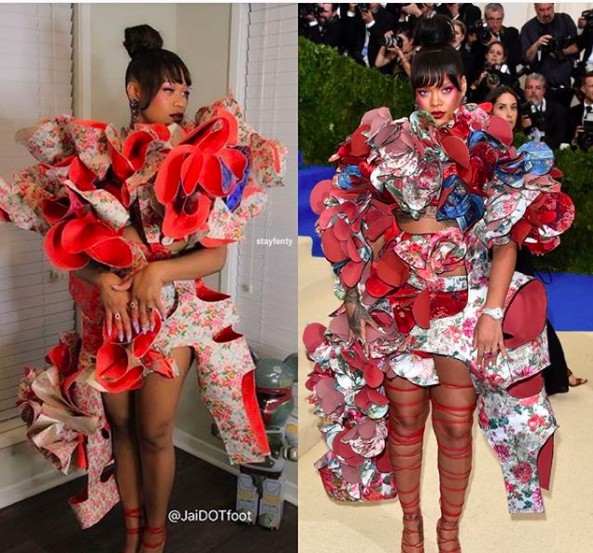 The 27-year-old Transparent Jai of Atlanta got over 7 000 likes for her original post since she Instagrammed her look.

And next up for Rihanna herself, as it relates to Met Gala 2018, is not only shutting down the red carpet as per usual, but she is set to host as well.

Rihanna has been named amongst the list of 2018 hosts. Last week, Amal Clooney, Rihanna and Donatella Versace were all announced as hosts for 2018 Met Gala, as the theme was revealed as 'Heavenly Bodies: Fashion and the Catholic Imagination'. The power trio will join forces with editor Anna Wintour to stage what is regarded as one of the biggest nights in fashion in New York on May 7, 2018, according to the DailyMail. 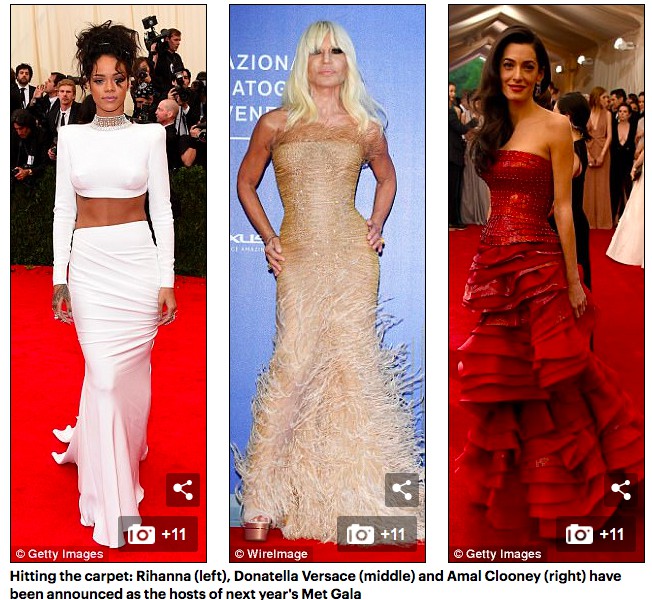