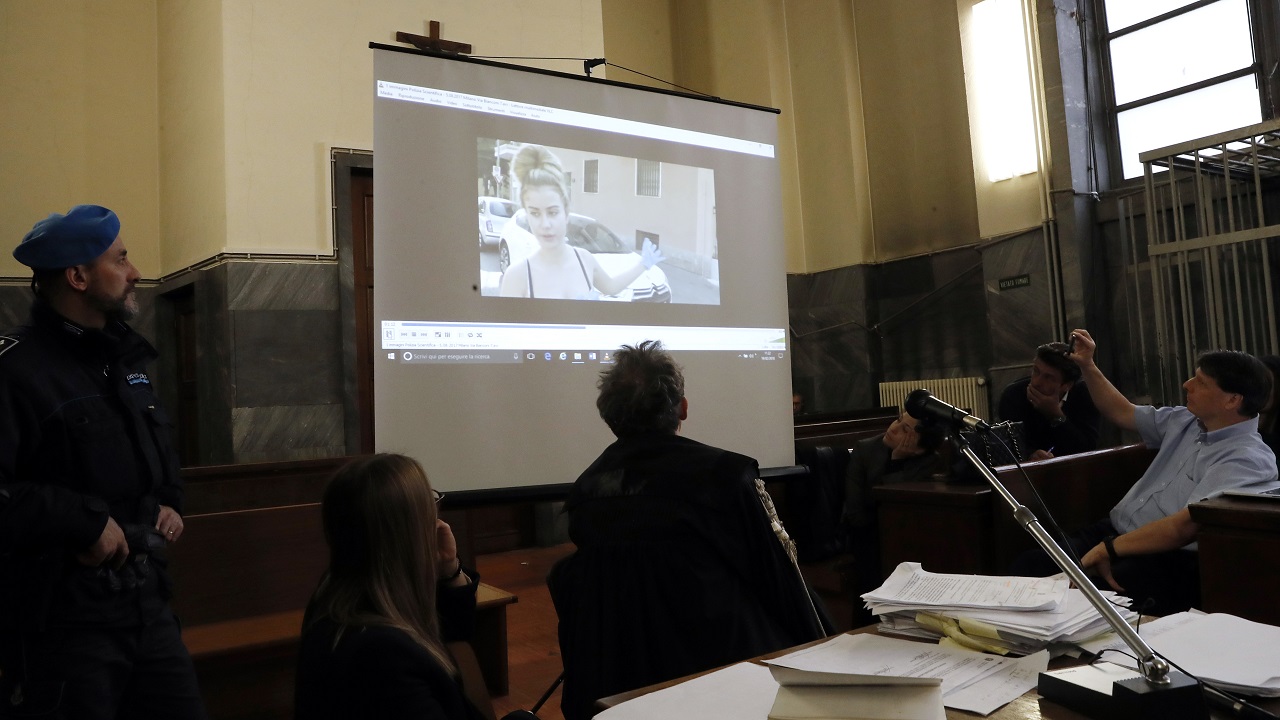 An Italian court on Friday convicted a Polish man of kidnapping a 20-year-old British model for ransom in a case that raised the spectre of young women being auctioned off online on encrypted websites.

The verdict slammed the door on the defendant's claims that the victim was in on the scheme with him. Lukasz Herba, the 30-year-old defendant, got a 16-year, nine-month sentence that exceeded the prosecutor's request.

The lawyer for British model Chloe Ayling, Francesco Pesce, called it "quite an important verdict". He said he would seek half a million euros ($590,000) in compensation in separate proceedings, while conceding it was unlikely that Herba would be able to pay.

In his closing arguments, prosecutor Paolo Storari had demanded 16 years and eight months in prison for Herba, citing the possibility that Ayling could have died during the July 11-17, 2017 kidnapping.

He said the model was drugged with ketamine, which knocked her out, then put inside a canvas bag and transported to a farmhouse, where she was handcuffed to the furniture for at least the first night.

Herba denied guilt throughout the trial, and claimed that Ayling agreed to the scheme to boost her career. He said he had been in love with Ayling, and they had concocted the kidnap plot to help her overcome financial difficulties after the birth of her son.

Previous testimony showed that the two had met on Facebook and had met at least once in person before her pregnancy.

According to prosecutors, Ayling was lured to Milan with the promise of a modeling gig and then drugged when she showed up at a mocked-up photographic studio. She was zipped inside a canvas pack and transported to a secluded farmhouse in neighboring Piedmont.

There she was held for six days before Herba released her at the British consulate in Milan. In his initial statement to police, he said he did so out of sympathy for the fact she was a mother.

Ayling told investigators that she never tried to escape, even when she accompanied Herba into a store to buy shoes, because she was terrified, believing his threats that he was part of a bigger criminal gang that had eyes on her constantly.

She said she had been told that she would be auctioned off online since she was not able to come up with 300,000 euros ($355,000) that the criminal "Black Death" group was seeking. She said Herba showed her photos of other girls who were reportedly being sold over the deep web.