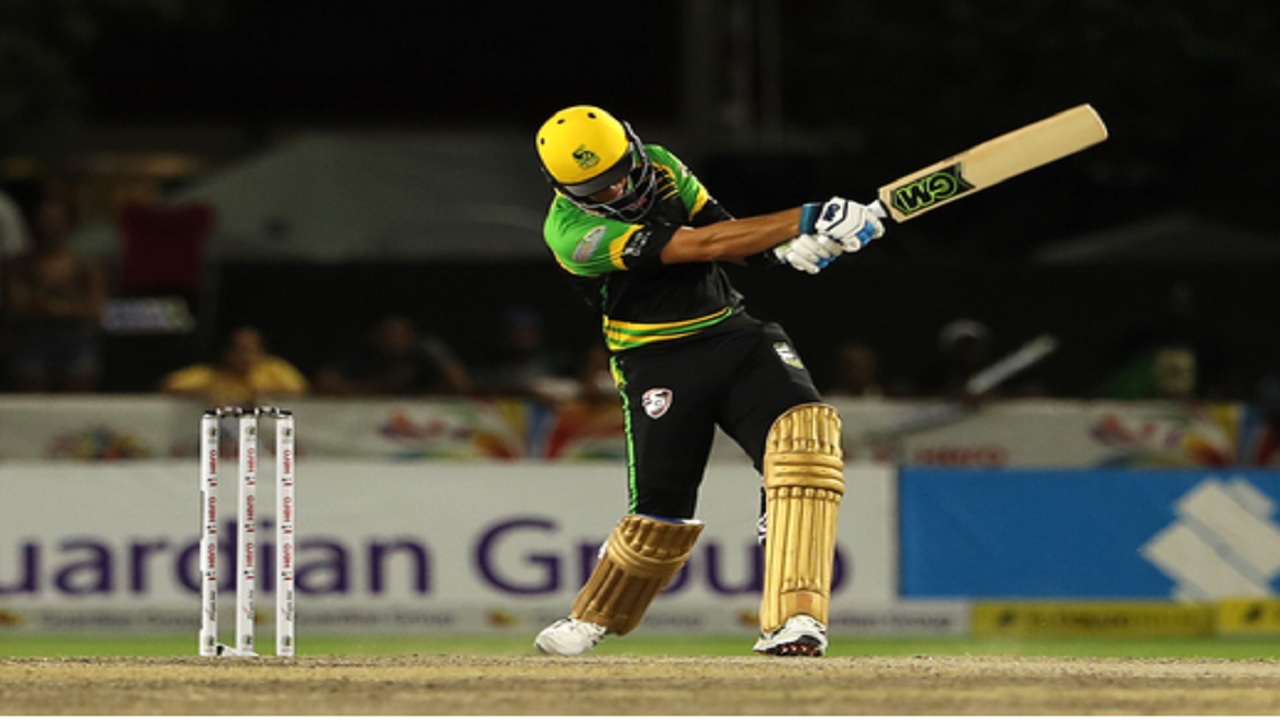 Jamaica Tallawahs crashed to a two-run defeat against Barbados Tridents in the 14th match of the 2018 Hero Caribbean Premier League (CPL) in Florida on Wednesday night.

Chasing a victory target of 157, the Tallawahs were restricted to 154 for three from their allotted 20 overs.

Steve Smith scored 63 and took two for 19 to set up the victory for the Tridents.

The Tallawahs’ failure to chase down 157 having powered to 80 without loss in the first nine overs of their run-chase means it’s now three defeats from three at Central Broward Regional Park for a team that started their Hero CPL campaign with three straight victories.

Even when a few wickets fell around the midway point of the innings and the required rate began to climb the Tallawahs always appeared to have things under control. Even when tight bowling from Mohammad Irfan and Wahab Riaz left Raymon Reifer with nine runs to defend in the final over, the game appeared to be the Tallawahs’ to lose.

But Ross Taylor and David Miller were only able to take five runs from the first four balls of the over and suddenly the pressure was all on the batsmen. When Reifer delivered the perfect yorker with the fifth ball, the Tallawahs had somehow needed four from the final ball of a run-chase that had looked so straightforward.

Miller could only heave the final delivery down the ground for a single, prompting celebrations from the Tridents players while Andre Russell was left unused on the Tallawahs bench.

Reifer took the congratulations for a fine closing over – making amends for a poor initial spell and two dropped catches in the deep – but there was no doubt about the hero of the hour for the Tridents.

Before his two wickets to stop the Tallawahs running away with it, Steve Smith had been the chief architect of the Tridents’ recovery from 39 for three, sharing an intelligent and increasingly assured 103-run partnership with Shai Hope. The Tridents’ 156 for six looked a few runs below par at the halfway stage, but it gave them something to bowl at which would prove so critical later in the night.

It didn’t look that way when Johnson Charles and Glenn Phillips got the run-chase off to a flier for the Tallawahs. Charles smacked Jason Holder for five successive fours in the third over, while Phillips smashed two fours and a six from Reifer’s first over – the fifth of the innings. Those two overs alone brought 36 runs as the Tallawahs openers took the target down to double-figures inside the Power Play with 61 without loss on the board after six overs.

The Tridents fought back, though, with a double breakthrough from an unlikely source. Steve Smith hadn’t taken a T20 wicket since 2014, but the Australian picked up two in five balls as both openers were sent packing in the 10th over. Charles was the first to go, caught by Martin Guptill on the deep mid-wicket boundary, before Phillips was caught behind trying to work the ball to leg.

And Smith could have had a third wicket when Kennar Lewis was dropped by Reifer at long-on. To add to Smith’s frustration, the ball bounced out of Reifer’s hands and over the ropes for six.

Lewis was dropped twice more on his way to a streaky 17 before edging to Nicholas Pooran to hand Mohammad Irfan his first wicket of the 2018 Hero CPL.

The Tridents were suddenly able to squeeze the Tallawahs, and what had looked for most of the night to be a routine run-chase was suddenly in doubt when 37 were needed from the last four overs of the innings with Taylor and Miller struggling to find the boundary.

Both men did find fours in the next couple of overs, but the game was now firmly in the balance with 20 needed from the last two overs.

The first ball of the penultimate over was heaved for four by Miller, who was then dropped by Hope at deep midwicket. It left the Tallawahs needing nine from the final over, a target that proved beyond them as the Tridents pinched an unlikely victory.

The Tallawahs had looked the likelier winners almost all night from the moment they reduced the Tridents from 36 without loss to 39 for three,.

A careless run out for Dwayne Smith at the non-striker’s end when Hashim Amla drove the ball to Rovman Powell at mid-on triggered that collapse.

After the run out of Dwayne Smith, Samuel Badree struck to remove Amla before the pace of Oshane Thomas did for Guptill, who had his stumps rearranged by a full and rapid delivery.

But Steve Smith and Hope slowly and surely rebuilt the innings.

Steve Smith injected the momentum with back-to-back sixes off fellow Australian Adam Zampa, and later brought up the hundred partnership with an outrageous six carved over backward point off Russell.

Hope took longer to get going but also smashed three sixes in his 43 before being deceived by a Russell slower ball and getting bowled off the inside edge.

Steve Smith fell in slightly bizarre fashion, dismissed twice in one ball looking for the boundary in the final over. Having miscued Russell to be caught at long-on, StevenSmith also contrived to hit his stumps with his bat in the follow-through of his swing. Under the game’s laws, the catch takes precedence.

A run out from the final ball of the innings left the Tridents with 156 for six and, while it represented a fine recovery from 39 for three, it looked no more than a working total. But it would prove just enough to leave the Tallawahs scratching their heads and wondering just how this game had slipped out of their reach.